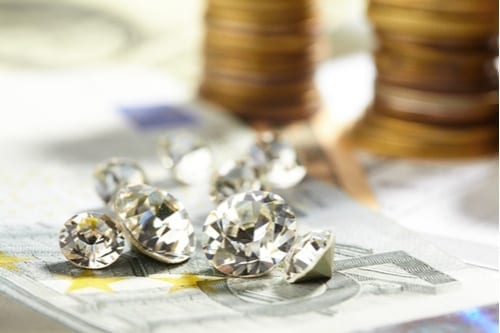 Lesotho-focused gem miner Firestone Diamonds is the latest company feeling the pressures of weak prices and an oversaturated market.

Lesotho-focused gem miner Firestone Diamonds (LSE:FDI) is the latest company feeling the pressures of weak prices and an oversaturated market.

The now-common refrain from the diamond sector of declining prices is being echoed by Firestone, which had revenue and production slips during its first financial quarter of 2020.

In addition to feeling the weight of the current diamond cycle, Firestone has encountered issues related to electricity generation, resulting in power outages and production disruptions at its Liqhobong mine.

During the three month period, which closed at the end of September, the mine produced 201,091 carats, a decline from the previous quarter’s output of 208,572 carats.

Sales revenue was also down quarter-over-quarter, with numbers for the latest quarter hitting US$10.6 million, down US$2.1 million from the previous period.

“The first quarter performance was again solid from an operational perspective. However, from a market perspective, pricing remains subdued,” Paul Bosma, Firestone’s CEO, said in an announcement.

He went on to note that the company is currently in discussions with its debt holders to ensure it can sustain its operations during  the present downturn.

As mentioned, the issues around diamond market value were compounded for Firestone when its operations experienced intermittent power outages this fall.

Liqhobong’s electricity is usually supplied by Muela Hydropower Station, which is owned by the Lesotho Electricity Company. However, the power company initiated a two month maintenance shutdown at the beginning of October, shifting the responsibility of electricity generation to South Africa’s Eskom, which is currently facing its own issues in relation to solvency.

“The recent power interruption is an unexpected setback for the company but we are doing our utmost to limit the negative impact on production by renting generators to get operations up and running again until the grid power is back online and stable,” Bosma added.

Outside of Lesotho, Firestone owns a 90 percent stake in the BK11 kimberlite mine. Situated in the Orapa field of Northern Botswana, the project has been on care and maintenance since February 2012, when it was deemed that diamonds were unable to be “successfully liberated” there.

Firestone’s board is currently considering how to proceed with BK11.

Shares of Firestone climbed 20 percent on Thursday (October 24) to trade at GBX 0.69.