Africa, the world’s largest producer of diamonds, has produced half of all diamonds. 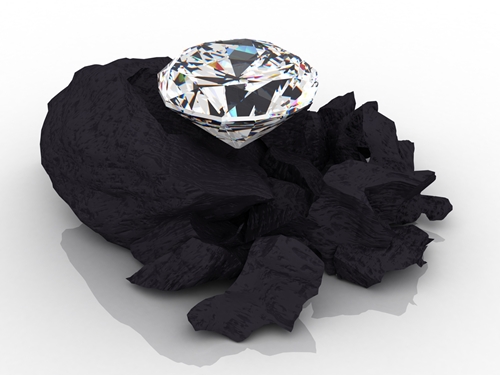 Africa, the world’s largest producer of diamonds, has produced half of all diamonds. With 1.9 billion carats produced, the continent has mined about $158 billion worth of the gems.

Diamond mining in Africa dates back to 1866, when the child of a Dutch farmer found a 22-carat diamond in what is now South Africa — that was the first known diamond discovered on the continent. When an 83-carat diamond was found three years later, it drew a rush of miners into South Africa.

The first four mines in Africa were dug in 1871 in areas around the Vaal River. The largest was Colesberg Kopje, nicknamed “the Big Hole,” in Kimberly. The wealth produced by these mines triggered industrial development, with
modern shipping ports, along with travel and communication networks springing up throughout the subcontinent. That ultimately lead to two wars between the Dutch settlers (known as the Boers) and the British from 1880 to 1881 and 1899 to 1901. Over the next century, Africa continued to lead the world in diamond production.

The majority of Africa’s diamond empire is controlled by De Beers. The company controlled the flow and pricing of the diamond market for a large part of the 20th century after forming Anglo American Corporation in 1917 and establishing a central selling organization to stabilize sales.

De Beers is a holding company for various companies that explore for, trade in and produce diamonds; it is the world’s biggest diamond producer. Total sales decreased in 2012 by 16 percent, to $6.1 billion, though rough diamond sales increased 15 percent, to $5.5 billion. De Beers is predicting moderate growth in 2013 and the company expects strengthened fundamentals as diamond production plateaus and demand increases.

Anglo American (LSE:AAL) is an 85-percent shareholder in De Beers. Last year, the company saw an underlying operating profit of $496 million in diamonds alone, with a total underlying profit of $6.2 billion and $2.8 billion underlying earnings. The company predicts that robust demand for industrial commodities will boost growth for 2013.

Rio Tinto (LSE:RIO,ASX:RIO,NYSE:RIO) is another leading diamond producer that is active in mining, sales and marketing. The company reported $9.3 billion in underlying earnings for 2012. However, it recorded a net loss of $3 billion. New incoming CEO, Sam Walsh, who will officially take control of the company in July, said Rio will reduce its capital expenditure to $13 billion this year.

While Africa remains the center of global diamond production, Russia recently revealed a massive diamond mine of its own that may loosen the continent’s tight grip on the industry. Alrosa (MCX:ALNU) is a Russia-based company that explores, mines, manufactures and sells rough diamonds. The company accounts for 25 percent of global diamond production and 94 percent of Russia’s overall diamond output.

A popular way to invest in diamonds is by physically holding them. Returns for diamonds beat those of equity for much of the last 15 years, according to the Financial Times. Three-carat diamonds increased by 145 percent and 5-carat diamonds increased by 171 percent between 1999 and 2011. However, it’s worth bearing in mind that diamond trading is an unregulated market. With De Beers retaining much of the trade, it can be difficult for private investors to break into the market. With the still relatively new diamond discovery in Russia, it is hard to say if the diamond market of today will be recognizable in years to come.