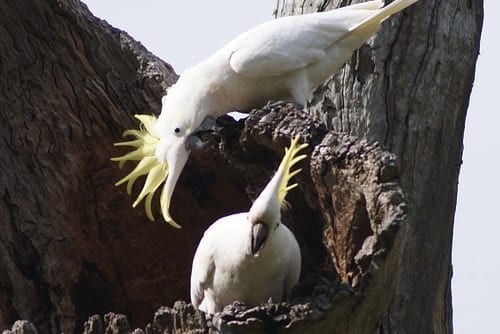 Canberra has historically been somewhere between hostile and suspicious towards the nuclear energy sector — and indeed anything uranium.

It’s election season in the land down under.

For the last while, and doubly so since April 11, when the election was finally called, Australian politicians have been squaring off on who will lead the major mining jurisdiction following the May 18 ballot.

As always in a federal election, there’s plenty to talk about, and the resources industry has been making appearances in one way or another, from nickel and coal in Queensland, to battery metals in the electric vehicle boom and — notably — to nuclear energy.

Not far into the campaign during a discussion around energy, incumbent Prime Minister Scott Morrison was asked during a radio interview in Tasmania about why nuclear energy wasn’t on the agenda, and his response got a few people excited.

“It’s not not on the agenda,” he said, adding that “wherever” energy comes from “is fine,” as long as it’s self-sustaining, without government assistance.

His remarks might not mean much to those outside Australia, but in Australia, nuclear energy is banned from the national energy mix, and all nuclear projects, including uranium development, must be approved by the federal government.

Canberra has historically been somewhere between hostile and suspicious towards the sector.

After a swift response from the opposition, Morrison later clarified his remarks to say that it isn’t government policy to allow nuclear power.

Regardless, his remarks triggered a response from the Minerals Council of Australia (MCA), which jumped at the opening in government rhetoric to say that it welcomes his comments while acknowledging there has been no change in policy. Then it had a crack at opening the door a little wider.

“Now is the time to end the discriminatory treatment of nuclear energy by repealing the ban,” the MCA said in a press release.

“Removing the ban would allow for Australians to have a serious conversation about a genuinely technology neutral approach towards the nation’s energy mix — delivering affordable, reliable and clean energy sources.”

The MCA also dangled the possibility of investing opportunities in its release.

“The removal of the prohibition on nuclear energy will also allow for investment proposals to be brought forward,” it said.

Fulp is on the record as bullish on uranium, and told INN that nuclear power is “the solution to baseload electricity throughout the world if we are going to wean ourselves off fossil fuels.”

“Given Australia’s huge reserves, high grade, giant deposits, giant mines — it’s very shortsighted not to have nuclear power as part of the equation.”

If they aren’t keen, it is unlikely anyone has to worry about development projects, though, said Fulp, who noted the impact of the low uranium spot price of around US$25 a pound. “Mining of new deposits and development of new deposits is not going to happen any time soon,” he said.

Fulp’s comments line up with the recently announced news that Canadian uranium miner Cameco (TSX:CCO,NYSE:CCJ) received federal environmental approvals to develop its Yeelirrie deposit in Western Australia, and immediately said that it is not in a hurry to do anything given current prices.

Fulp said that he believes exploration is likely to continue anyway given his belief that the uranium price is sure to increase in the near future.

“There’s going to be unmet demand in the world in the foreseeable future, and whether that happens this year or next year or 2022, it’s coming, and the uranium price is likely to soar.”

Fulp said that, given Australia’s massive reserves, it could receive plenty of attention from the uranium markets — if it wants it.

“At some point there’s no doubt that exploration for uranium is going to kick in in a big way again. Whether Australia decides to be a part of that or not is a political question I think.”

The mindset in Australia around uranium and nuclear energy is somewhat complicated, as previously mentioned, with a patchwork of policies across the states and territories, a nationwide ban on nuclear energy and a de facto three mine limit on uranium production.

That complicated relationship can be seen in the response to Morrison’s remarks from his opponents in the Labor Party — and his subsequent backtracking.

In response to Morrison’s off the cuff remarks, Shadow Environment Minister Tony Burke engaged in some campaign flair to ask which communities are “under threat” from nuclear power plants being constructed nearby.

Morrison quickly pulled away from his remarks, calling the Labor Party desperate and saying on Twitter that the government has no plans to change policy in regards to nuclear energy.

The government had previously been under attack for its environmental approval of Cameco’s project given it signed off on it a day before the election was called and didn’t announce it until the campaign was well underway.

Independent Speculator Lobo Tiggre talked to INN about the increasing discussion around nuclear energy. “(It) fits in with a larger pattern I’m seeing of renewed interest in and acceptance of nuclear power, as climate change warriors come to realize that there’s no way they can achieve their goals without either accepting nuclear in the mix or wiping out a large part of the human race.”

Fulp has similar thoughts, arguing that wind and solar power are not enough for baseload energy requirements, so nuclear energy is the only way to go.

“At least in North America, and especially in the US, environmentalists are on board with nuclear energy because we need baseload electricity if we are going to reduce carbon impact, and the only thing you can do there, it’s got to be nuclear,” said Fulp.

Fulp and Tiggre also agree that development projects aren’t going to be springing up all over the place even if the Australian government does a U-turn on everything uranium, though Tiggre added that there are plenty of mines already active around the world and that “uranium is not rare.”

Australia dipping into its own uranium production for energy wouldn’t have much of an impact either, said Tiggre.

“Fuel costs are an almost insignificant part of the cost of producing nuclear energy. So they certainly wouldn’t need to mine locally in order to cut carbon emissions … though failing to do so would make them dependent on imports.”

Tiggre differs from Fulp on whether Australia could lever its huge reserves to take advantage of any sort of supply shortage in the near future, however, noting that demand would have to grow by quite a bit.

“Again, uranium is not rare. It can even be recovered from many of the world’s largest phosphate (fertilizer) mines. And remember that part of uranium’s recovery is a result of voluntary restraint on the part of major producers. That can and will be reversed when prices rise again.”

In the end, Morrison’s backtracking from his remarks on nuclear energy given the opposition’s reaction shows there is little political appetite for any change to Australia’s 21 year ban on nuclear energy.

The election will be held on May 18.