Ned Goodman thinks the TSX could do with some competition from the Canadian National Stock Exchange. 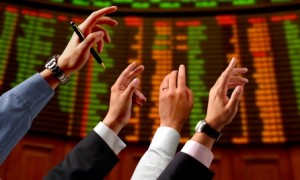 In a move that could presage a shift in Canadian capital markets, Dundee Corp (TSX:DC.A) CEO Ned Goodman has acquired a third of CNSX Markets Inc., operator of the Canadian National Stock Exchange.

While details of the deal have not been disclosed, The Financial Post reported that Goodman has joined forces with Thomas Caldwell — chairman of Urbana Corp (TSX:URB), which owns a third of the Canadian National Stock Exchange — to promote the CNSX as a viable alternative to the Toronto Stock Exchange.

Goodman will also join Caldwell on the CNSX board as deputy chairman.

In an interview with the FP, Goodman said that Canada’s primary bourse is too expensive, time-consuming and burdensome for start-up companies to raise money, which also face huge legal costs for getting deals done.

“Virtually ever issuer on the Venture exchange is not happy with it. Once we get one or two companies [to switch to the CNSX], lots will follow,” Goodman was quoted as saying.

His statements indicating dissatisfaction with the TSX and its sister exchange, the TSX Venture, will strike a familiar chord with resource investors, and is a theme that has been well covered on these pages.

John Kaiser, a newsletter writer and frequent mining investment conference panelist, started a lively debate earlier in 2013 when he predicted that as many as a third of the roughly 1,500 resource companies listed on the TSX Venture could go under this year due to a lack of money in the bank. Among the problems cited by Kaiser: the disappearance of institutional investors in the exploration sector and an onerous thresshold for investors of private placements.

One need only look at the value of the TSXV over the past year to see that the exchange is floundering. Over the past year, it’s down 28.4 percent, and currently sits around 884 points, a far cry from the 2,439 reached in March 2011. In comparison the S&P/TSX Composite Index (TSX:OSPTX) is up 5.9 percent over a year.

In April Resource Investing News spoke to Richard Carleton, CEO of the CNSX, about some of the challenges facing the TSX Venture Exchange and how the CNSX offers an alternative for small-cap companies. Carleton told RIN that the CNSX offers a different model than the TSXV, one focused on “disclosure components” instead of “reviewing the business plans of company management and vetting them against some set of standards which may or may not be that objective.”

He said a company listing with the CNSX will not only save money in fees, compared to the TSXV, but more importantly, will save time:

“From an issuer’s perspective, our model is substantially less time consuming and expensive to use. Not so much because our fees are lower, which they are, but it’s the time. Deals, whether it’s the original listing, or secondary financings, or mergers and acquisitions activity following the listing, tend to get done substantially faster on the CNSX than they do on other exchanges in Canada.”

News of Goodman’s investment in the CNSX comes just a few months after another rival for the TSX emerged in June. At that time, the Royal Bank of Canada (TSX:RY, NYSE:RY) announced that it was leading a group of investors and brokers to compete with TMX Group Ltd., (TSX:X) the operator of the TSX and TSX Venture exchanges. The new entity, to be run by Aequitas Innovations Inc., said it was planning to file an application to regulators by the end of the year.

As to why Goodman, who oversees some $10 billion in investments at Dundee, would want to involve himself in the CNSX, a minor player in the multi-billion-dollar stock exchange business, Goodman reiterated his long-held distaste for Canada’s big banks, especially their involvement in the TSX. A number of them co-own the TSX after The Maple Group acquired its parent company, TMX Group Ltd., back in 2012.

“It’s scary that our entire exchange facilities are owned by banks,” Goodman told The Globe and Mail’s Tim Kiladze. “The banks are a cartel.”

And to the CBC:

“The [TSX] is owned by five of the six large banks in the country, and the sixth, not wanting to be left out, is forming its own stock exchange [Aequitas], and so it’s all the big guys.”

Standing in the middle of this David and Goliath fight between the stock exchanges are the small companies that list on them, which may stand to benefit hugely from the competition.

One group that has stood up to promote the interests of the junior resource sector is the newly formed Venture Capital Markets Association. The group, whose mandate is to “represent public companies seeking a Canadian regulatory environment offering access to speculative investment opportunities and capital through fair securities markets that warrant public trust,” is holding a public forum this Thursday, aptly named “Operation Survival“.

Among the topics likely to come up for conversation is Goodman’s foray into the CNSX and what the small exchange’s role could be in reviving Canada’s moribund venture capital markets. Tune in to Resource Investing News for more developments as they arise.

The TSX Venture is Broken. Here’s How to Fix It

Venture Alternative? Q&A with Richard Carleton of the CNSX