The Investing News Network spoke with Darrin Hopkins, an investment advisor with Macquarie Capital, on how to breathe new life into the moribund TSX Venture Exchange. 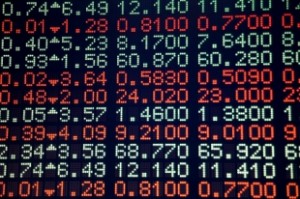 The TSX Venture Exchange is broken and it needs fixing, but the regulators who govern the securities exchanges and the federal government, which could push for some badly needed changes, do not seem to be aware of the problem. The Investing News Network (INN) approached venture capital industry veteran Darrin Hopkins, an investment advisor in the Calgary office of Macquarie Private Wealth, and asked his opinion about what should be done.

“I’ve been in the industry for almost 20 years, and this is the worst junior public venture market I’ve seen,” Hopkins told INN on Monday. He disagrees with observers who say the decline of the TSXV over the past year is part of a normal business cycle. “There’s been a paradigm shift in terms of risk tolerance, and I don’t think it’s just a normal cycle.”

The mood on the Venture’s trading floor and among the companies that list there is decidedly glum. As we reported two weeks ago, the TSXV, where most Canadian junior resource stocks are listed, saw a significant drop in trading volumes last year, with the number of shares changing hands falling 32.8 percent and the overall value of those trades slumping 44.5 percent.

In the last 12 months, the TSX Venture Composite Index has fallen roughly 30 percent, closing at 944 points on Monday, a level it hasn’t seen since April 2009.

While the precipitous decline in Canada’s premier marketplace for junior resource companies can partly be attributed to macroeconomic factors, such as the slowdown in China and the recent slide in commodities prices, Hopkins believes there is something more structural going on. He should know. Hopkins is chairman of the national and local advisory committee of the TSX Venture Exchange and a member of several committees set up by regulators and stock exchanges. He recently wrote to Canadian Finance Minister Jim Flaherty with his concerns about the state of the junior resource market, alarmed, according to an article in the Financial Post, about how the recycling of capital in the junior market has diminished — meaning a reduction both in the amount of capital raised and in the dollar value of shares traded. The numbers tell the story: in the first quarter of 2011, the Venture raised $3.4 billion. In Q1 2012, that was cut in half, to $1.7 billion. In the first quarter of 2013, the TSXV raised $1.1 billion and did not see one initial public offering.

One way junior resource companies, particularly oil and gas juniors, previously raised capital was by being acquired by income trusts. Income trusts offered investors consistent cash flow, but they also paid little to no tax, and for that reason, in 2006, the Conservative government eliminated them. Doing so, said Hopkins, killed a system that recycled capital among junior resource companies. Once bought out, the companies could use the capital to start up another company or invest in other ventures. “You saw that money flow into other venture capital, but once [income trusts] got dismantled it stopped happening.”

Adding to the death of the income trust, other factors have weighed heavily on the TSXV, including softening stock markets, a shift in risk tolerance and what Hopkins calls “regulation creep,” which over the last decade has ratcheted up the annual cost of listing a public company on the TSXV.

“You add all that up, so now you have a prohibitive cost of capital, few successes and a lot more failures because you can’t access capital. You have more capital leaving because nobody wants to invest in a market that’s cold,” he said.

One example of regulation creep that Hopkins finds particularly galling is the requirement for juniors to create a 200- to 300-page information circular that goes out to investors. The reports cost up to $200,000 in accounting and legal resources to produce, but are so complex and detailed that most investors do not read them. “In my mind, that has to be stripped down completely,” Hopkins said. “The reports need to disclose what the average investor wants to know and it’s simple to understand.”

He added that it seems patently unfair that the cost of meeting securities regulations is the same for all companies, regardless of whether the company has a $4-billion or a $5-million market capitalization.

“You can’t lay the costs off on a junior like you can on a large company, and so it makes the cost of capital prohibitively expensive. Most of these junior companies are spending a good proportion of their cash flow into complying with securities regulations as opposed to creating value.”

3. Market the best companies outside Canada

TMX Group (TSX:X), the parent company of the TSX and the TSX Venture, in February announced the TSX Venture 50, a list of the top-ranked companies on the exchange based on a set of criteria. The list was posted on the TMX Group website and appeared in Canadian Business magazine. Hopkins said the way the TMX Group markets the Venture is backwards. Instead of trying to find companies outside Canada to list on the exchange, the TMX should be taking the best companies “on the road” to investor shows in financial capitals like Hong Kong, New York and London to market the best companies on the exchange to investors. “That will draw capital into the public venture capital markets in Canada, and that’s what they need.”

4. Set up a US venture market

Along with the accredited investor restriction, Venture-listed companies are further hampered by the fact that Americans who want to trade junior resource stocks are faced with restrictions. Hopkins said the rules should be loosened to allow more Americans to trade on the TSXV, but what could really boost volumes and share prices is if a venture exchange could open in the United States. Such an exchange could go beyond the current Over the Counter (OTC) market and could be co-branded with the TSXV so that junior resource companies have dual listings in both Canada and the United States.

“This is the opportune time to go to the US regulators and say, ‘we’ve got a solution for you.’ We’ve got a public venture exchange in Canada. It’s been around 100 years. It’s got a great reputation, we’ve got rules, procedures, policies, management,” said Hopkins. “You’d be opening up this market to such a broad audience and just on a daily trading basis it would make a significant difference to the exchange up here.”

Hopkins has some excellent ideas on how to reform the Venture, but when asked how likely it is that his ideas will be accepted, he was not optimistic. He said companies like Macquarie aren’t doing many small-cap financings and the independent brokerage houses are consolidating, meaning that there are fewer firms and fewer brokers out there raising capital for juniors. He did say, however, that the federal government could play a strong role in facilitating changes in securities regulations in an effort to inject more capital into the Venture market. Reviewing the capital gains exemptions could be another way to attract more investors. Importantly, he said that the decision makers are “totally and completely unaware” of the problem, hence the need to create awareness.

Thankfully, TMX Group appears to be listening. The company is hosting town hall meeting discussions in Vancouver and Calgary this week to brainstorm ideas on how to breathe new life into the Venture. Darrin Hopkins is a panelist at the Calgary event.

4 responses to “The TSX Venture is Broken. Here’s How to Fix It”