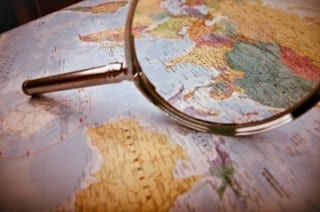 Tungsten companies are hard at work at many hotspots across the globe. Here’s what’s going on in Asia, North America, Africa and Australia.

Tungsten companies have been struggling with declining prices since 2014 due to oversupply and economic challenges in China, the largest producer and consumer of the metal.
However, prices are expected to make a modest recovery in the coming years. Gradual growth in global demand and reductions in output are pointing towards a more balanced market, and some experts feel optimistic about the space.
That could be a boon for tungsten-focused mining and exploration companies. As demand and prices for the metal increase, they could be poised for share price gains. But where are these tungsten companies operating? Many areas of the globe have tungsten hotspots, and below we’ve put together a list of publicly traded companies working in Asia, North America, Africa and Australia.

While China is the largest producer and consumer of tungsten, it is largely home to private companies. However, publicly traded companies are alive and well in other areas of the continent. In fact, the Sangdong tungsten-moly deposit in South Korea is one of the largest tungsten resources in the world.
Almonty Industries (TSXV:AII) wholly owns the deposit through its subsidiary Woulfe Mining. The company estimates that the deposit’s tungsten reserve base stands at nearly 8 million tonnes. Almonty has secured final construction permits for Sangdong from the Korean government, and Korea Development Bank has signed a letter of commitment to provide C$57.9 million in loans for the construction of an underground mine, processing plant and other necessary infrastructure. Commercial production is slated to begin in the second half of 2018.

Tungsten production in both the US and Canada has suffered on the back of lower tungsten prices, with Canada’s only tungsten mine closing in 2015. That said, a few companies are engaged in exploration.
Knick Exploration (TSXV:KNX) holds the Trecesson tungsten-gold project in Quebec, which underwent multiple phases of drilling this past spring. Northcliff Resources (TSX:NCF) is advancing the Sisson tungsten-moly project in New Brunswick. Sisson’s federal environmental assessment was approved by the federal cabinet approval earlier this year.
Across the country, Happy Creek Minerals (TSXV:HPY) has various projects in BC, including its Fox tungsten-moly project near 100 Mile House. The company recently released 2016 exploration results.
Also in BC is Margaux Resources (TSXV:MRL), whose Kootenay Arc project is made up of the Jersey-Emerald, Sheep Creek, Jackpot, Ore Hill and Aspen properties. Together they contain several historic mines, as well as diverse mineralization, including tungsten skarn, gold skarn, orogenic gold and lead–zinc deposits. Margaux put out an exploration update for Kootenay Arc last month.

Few tungsten companies are currently active in Africa. One of them is Premier African Minerals (LSE:PREM), a London-listed company that is focused on its 49-percent-owned RHA tungsten project in Zimbabwe. It began production in June 2015, and the company completed an initial shipment of 20 tons grading 60 percent wolframite in May of this year. The RHA project is expected to produce 10,000 metric ton units of wolframite per month starting in the latter half of 2017.

Australia is currently a magnet for tungsten exploration, and a slew of companies are working there. For instance, Vital Metals (ASX:VML) is an ASX-listed company concentrating efforts on its Watershed tungsten project in Queensland. The project is said to be “shovel-ready” as the company waits for tungsten prices to improve. Exploration and analysis suggest it holds tungsten reserves of 31,400 tonnes.

Give me my free report!
Another company with a tungsten project in Australia is Thor Mining (LSE:THR,ASX:THR). Thor is the owner of the Molyhil tungsten-moly project in the country’s Northern Territory. The company was recently granted an additional exploration license area after gathering promising results from a 2016 drill campaign. Thor has also received approval for a drill program at its Pilot Mountain project — a tungsten-copper site in the US that it acquired in 2014.
Elementos’ (ASX:ELT) main focus is its Cleveland tin–copper-tungsten project in Tasmania. Elementos is looking to develop new infrastructure on the site, and is also redeveloping an existing underground mine that closed in 1986. The company recently raised capital from key investors to fund exploration, drilling and studies at the Cleveland site.
Tungsten Mining (ASX:TGN) has three major projects in Western Australia: Mount Mulgine, Big Hill and Kilba. The company’s efforts have primarily been on developing Mount Mulgine. According to its most recent quarterly report, Tungsten Mining raised AU$5.27 million in equity funding to advance its Mount Mulgine development plan. Initial concentrate production is expected to begin in 2018.
King Island Scheelite (ASX:KIS) is working to redevelop the Dolphin tungsten project on King Island, just off the coast of Tasmania. The former mine at Dolphin was run as an open-pit operation until 1975 and as an underground mine up to 1990. In its most recent six-month report, King Island Scheelite said it is working on consolidating studies into a definitive feasibility study. The report also notes that King Island is working with the Environmental Protection Agency to to gain final environmental approval for the project.
All companies listed in this article had market caps of over $5 million as of July 18, 2017. If you think we missed a company that should be included, please let us know in the comments. And don’t forget to follow us @INN_Resource for real-time updates!
This is an updated version of an article first published by the Investing News Network in 2015.
Securities Disclosure: I, Sivansh Padhy, hold no direct investment interest in any company mentioned in this article.
Editorial Disclosure: Knick Exploration is a client of the Investing News Network. This article is not paid-for content.