What is the connection between tungsten carbide rings, US patent law and the Chinese? Trent West can tell you firsthand. 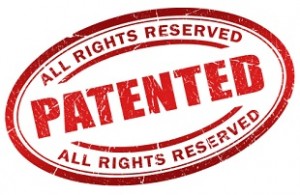 If you have a tungsten carbide ring, you may own stolen goods. This is not to say you didn’t pay the asking price, but, there is a real possibility that
whoever sold the ring didn’t pay dues to Trent West. There is an even greater chance that whoever made the ring did so using West’s designs.

Mr. West holds nine patents for tungsten carbide rings and his lawyer, Edward King of King & Kelleher, LLP, says there’s another in the works that could be issued any day now.

It may seem shocking that someone could patent an idea as ancient and common as a ring. Mr. West did so because he invented a method of converting one of the hardest metals into shiny bands of jewelry, something he insisted had never been done.

“There were absolutely no tungsten carbide rings before I made them,” he declared, “unless it was something made for an industrial purpose.”

The idea was born when West, already a jeweler, saw a watch made of tungsten carbide. He identified an opportunity in the market and acted on it. West trademarked two brands, TREW TUNGSTEN® and PERMANENTLY POLISHED® and was very successful in selling his rings. But these days, instead of being busy with production and expansion, he is largely focused on lawsuits against those who infringe upon his patents.

King said there are other methods of making this jewelry (besides those developed by West), but they’re expensive. Trent patented the only commercially viable way of making tungsten carbide rings.

Given that fact, West and his lawyer believe that everything currently on the market infringes one or more of West’s ring patents, which cover technical details spanning from tungsten carbide content to the insertion of stones and softer metals.

Over the last decade, tungsten carbide rings have grown increasingly popular and are now estimated to represent over 20 percent of the wedding band market. High prices for precious metals and a weak global economy could promote further growth. Yet, the benefits of being the inventor and patent holder have dwindled.

Consumers can find an array of tungsten carbide rings from a wide range of sources. According to Mr. West and details outlined in his lawsuits, most are are either acting illegally or unethically. Companies attempt to get around the legal protection of the West patents in numerous ways. The lawsuit against JCPenney, a major US retailer, highlights one.

It is basically illegal to make, sell, offer for sale or import products covered by West’s patents. However, JCPenney eluded liability for their infringement using a patent loophole that requires an importer be held liable before taking legal action against a retailer.

JCPenney was not directly importing the tungsten carbide rings sold in its stores. Therefore, by selling jewelry known to be patented, JCPenney is technically acting unethically as opposed to violating the law.

Though West sued the wrong party, the case exposed JCPenny’s supplier, C & C Jewelry Manufacturing, against whom a lawsuit is now pending.

Mr. West has filed over a dozen lawsuits including some against well known companies such as Target and Helzberg Diamonds.

With the exception of JCPenney those cases have resulted in the companies either taking licenses or they have gone out of business King said.

Another means of attempting to dodge the West ring patents is by altering details such as tungsten carbide content in a given piece of jewelry.

West has a patent that specifies protection for rings at least 50 percent but not exceeding 85 percent tungsten carbide. He has another that protects rings that are predominantly tungsten carbide.

If someone wants to make a ring with 30 percent tungsten carbide content, they can raise an argument as to whether they are committing patent infringement, Mr. King explained.

Retailers and importers weren’t able to slight West on their own. He blames the Chinese for running him out of business.

West spent three years and a lot of money developing, patenting, and bringing his rings to market. He opened a production facility where he says he had 17 full-time employees. Then, around 2003-04, the copying started.

West began seeing products made by Chinese copy cats. Then, by around 2005, the Chinese opened factories and started flooding the market with cheap patent infringing rings.

“I had to close my factory and let my employees go,” he said. “The [tungsten carbide ring] market has shifted to a commodity. I cannot survive in a commodity.”

“The Chinese had the advantages of cheaper raw materials and cheaper labor, he explained. “They could produce a finished ring for what I was paying for a raw blank.”

Most consumers have likely never heard of Trent West and most probably never will. Nearly all the tungsten carbide rings currently on the market come from China.  But, West continues to fight for his dues. By way of his lawsuits, he aims to create an environment where he can obtains royalties from select licensed sellers of tungsten carbide rings.

2 responses to “Trent West, Tungsten Rings and US Patent Law”