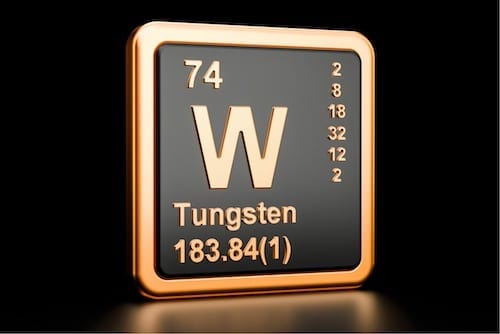 The company saw an after-tax net loss of 1.65 million euros for 2018, partially due to an impairment charge on an asset.

Diversified minerals company Ormonde Mining (LSE:ORM) has released its full-year results for 2018, highlighting the completion of construction at the Barruecopardo tungsten project.

Although the report emphasizes the milestone at the Spain-based asset and the subsequent ramp-up phase, the tungsten-focused explorer has logged a 1.65 million euro after-tax loss for the year. The loss was partially due to a 0.6 million euro impairment charge related to the La Zarza copper project.

This is the second year in a row that the company has reported a financial loss.

Ormonde, which also has two gold projects, saw its shares start Wednesday (June 19) down some 33 percent from the previous trading day.

With construction done, Barruecopardo is in the midst of a year-long ramp up with production targeted for 2020. Ormonde holds a 30 percent stake in Saloro, the operator of the property, with the remaining 70 percent of Saloro owned by investment management firm Oaktree Capital.

“During 2018, the joint venture advanced the Barruecopardo tungsten project from an abandoned mine site to a newly constructed, state-of-the-art, tungsten processing facility,” Michael Donoghue, Ormonde’s chairman and interim managing director, said in a press release.

The process plant at Barruecopardo has already operated at throughput rates of up to 195 tonnes per hour, and Ormonde is confident that the plant will be able to meet its planned steady state rate of 1.1 million tonnes a year.

Donoghue noted that the rest of the year will bring some challenges in terms of profitability and cash flow as the company continues to process lower-grade ore found in the peripheral starter pit at Barruecopardo. Work will begin on the asset’s main higher-grade orebody near the end of this year.

The tungsten sector is paying close attention to developments outside of China, as securing steady supply independent of the Asian nation becomes increasingly important due to the ongoing trade war.

Last month, Jessica Roberts, copper and technology metals manager at Roskill, pointed to Ormonde’s project as one that could impact the price of tungsten over the rest of 2019 and into 2020.

“Assuming the new mines in Spain come online as planned and there is a positive outcome between China and the US, we would expect to see a slight increase in the ammonium paratungstate price towards the end of Q2 and into Q3, before a decrease again in Q4 as seasonal factors come into play.”

While demand for the critical metal grew by 5 percent last year, production fell slightly in 2018 to 82,000 metric tons, causing concern that a shortage may materialize.

Shares of Ormonde were down 30.79 percent as of midday on Wednesday, trading at GBX 2.90.

Potash Fertilizers: What’s the Difference Between SOP and MOP?
Roskill: Vanadium Prices to Remain at Current Levels in 2020
Zinc Exploration in the Mining-friendly Jurisdiction of Spain
Cobalt Market Update: Q1 2020 in Review