As many investors and metal traders are only beginning to understand the use and value of tellurium, others are warning of its growing supply challenges. 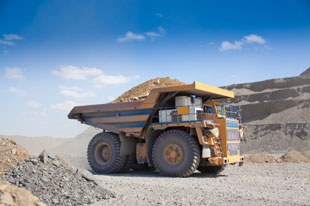 With demand for a previously obscure metalloid material on the rise, one would expect to hear that extraction of that resource was increasing and not declining.

While not yet officially classified as a “critical metal,” the European Commission Enterprise and Industry group has said that a slight change in underlying variables may result in tellurium being reclassified as critical.

One of the strongest reasons for a classification change is that the changing nature of copper production – the source of some 90 percent of tellurium production – has led to tellurium coming under pressure.

As copper mining has increasingly involved the production of lower grades of the base metal, an accompanying fall in electrowinning copper refinement (a process where copper is electrically charged and then plated onto a cathode to enrich the metal), has resulted in a fall in the production of tellurium.

Instead, the use of solvent exchange-leaching hydrometallurgy has been on the rise, and has led to a worrying decline in the recovery of tellurium (and the other by-product metals).

Tellurium, despite its abundance in our atmosphere and in the ground, is not available in high enough quantities to be mined for its own sake. Further, most companies do not even report their production of tellurium because it is ancillary to most other production processes, particularly copper and gold extraction (the highest tellurium concentrations occur in gold deposits).

Technology Metals Research CEO Jack Lifton estimates that “if every instance of contained tellurium in copper, lead, bismuth, and gold were 100% recovered the total would be less than 2000 metric tons per year [up from about 400 to 500 MT/year currently].” A highly unlikely scenario, but the prospects of producing it are not completely daunting.

But assessing exactly where the market stands and how much tellurium will need to be produced is an inexact science at the moment. Currently, the market for tellurium is small and complex, and monitoring tellurium trade is hampered as it is typically lumped in with “minor metal” trade codes or trade in tellurium-compound and alloy forms. Beyond that, effectively no tellurium was recycled in 2010, but hopes for expansion in that business line are realistic.

In 2009, one gigawatt (GW) of the 7 GW produced globally came from cadmium-telluride (CdTe) solar cells. If all of the solar energy delivered in 2009 had been produced with CdTe, about 640 MT of tellurium would have been required, which is comparable to its present annual production.

As a result, tellurium’s use as a semi-conductor has driven the latest phase of its demand cycle. Previously used to strengthen and increase the ductility of metals, growing demand for cadmium-telluride solar panels and optical discs has pushed tellurium out of the price range for its traditional metallurgical uses.

“What you find for tellurium is that the solar industry sits way on top of the chain,” Gerbrand Ceder, a materials-science professor at the Massachusetts Institute of Technology said. “The value that they get from it is so high that the steel guys are going to get screwed, and then after that the thermoelectric guys.”

Current technology now uses tellurium at rates that are substantial fractions of its supply, but there is some good news for those seeking to bring CdTe into the clean-energy fold.

Advancements in CdTe technology could carry significant impacts for tellurium markets. Reductions in the use of tellurium for CdTe cell production have the potential to reduce standing tellurium demand while still maintaining module performance. Currently the thickness of the active layer is about 3 µm, or 3/10,000 of a centimeter, but studies have shown that CdTe is capable of absorbing 63 percent of the solar spectrum with only 0.1 µm of CdTe; a 30 factor reduction in thickness.

While a number of technological and physical factors prevent these reductions from occurring currently, playing with the thickness of the active layer can also be mixed with changing the speed of laying that active layer. Currently, fast production times are what have given low-cost cadmium telluride thin-film solar panels, such as those sold by First Solar (NASDAQ:FSLR), a growing share of the solar panel market.

Despite these circumstances, Jack Lifton remains pessimistic on the ability to thin down “thin films” in order to increase the production of photovoltaic cells.

“The point has already been reached where just enough substance is maintained in current films to avoid internal resistance build up by just barely maintaining bulk effects.”

As a result, it looks like many improvements remain before tellurium’s supply will flow smoothly.