In an exclusive interview with Tantalum Investing News, Mike Davis of Global Witness explains the humanitarian conditions on the ground in the Democratic Republic of Congo, and the steps needed to ensure the security of civilians and an end to ‘conflict minerals’ exploitation in the region. 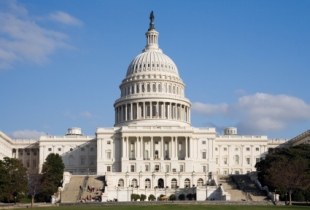 The tantalum industry, which revolves around a metal used in almost every high tech product including cell phones, computers and electrical capacitors, has come under harsh scrutiny from human right groups and now from the US government. This is because an estimated 10 to 20 percent of the world supply comes from the Democratic Republic of Congo (DRC), where a bloody war has held the country hostage. Most reports of the struggle have determined that approximately 5 million have been killed in heinous genocidal raids since the 1980’s, where the mining of the minerals, including tin, tungsten and gold, is carried out by children subjected to unthinkable atrocities.

Numerous human rights groups such as Global Witness and the Enough Project have urged consumers to demand changes to how minerals are sourced from conflict zones. These groups have also been pushing governments for transparency in the sourcing of these minerals by electronics and consumer goods companies, asking for stricter requirements in the labeling and reporting of conflict minerals used in such products. The efforts of NGOs have tallied a victory with the passing of a bill in the US Congress.

“Section 1502 of the [Dodd-Frank Wall Street Reform and Consumer Protection Act of 2010] amends Section 13 of the Securities Exchange Act of 1934 to impose a new reporting requirement on publicly traded companies that manufacture products for which “conflict minerals” are necessary to their functionality or production,” reported David J. Levine and Raymond Paretzky, for Mondaq.

In an exclusive interview with Tantalum Investing News, Mike Davis, Team Leader of Conflict Resources for Global Witness, shares his thoughts about the tragic situation in the Democratic Republic of Congo and what can be done to eliminate abuses.

First of all, it is important to note that not all of the tantalum from the DRC is considered to be conflict minerals. “As far as we’re [Global Witness] aware, the only source of tantalum globally that is tainted by associations with conflict is eastern DRC,” stated Mike Davis from Global Witness.

The percentage of tantalum that comes from the region is relatively small, but casts a dark cloud over the entire industry because of the heinous nature of the crimes associated with the mining of the materials. If buyers of the materials are sincerely concerned about the abuses in the country, steps can be made to ensure the materials are free from conflict and bought from reputable sources.

“Estimates on DRC’s share of global output range from 8 to 9 percent and it’s important to stress that not all tantalum ore from DRC comes from conflict-affected areas.  If those companies that are purchasing tantalum ore, and other minerals from eastern DRC, undertake rigorous due diligence on their supply chains and exclude any materials that have benefited the warring parties, they can play a lead role in cleaning up the trade and protecting legitimate, conflict-free sections of the trade in DRC,” stressed Mr. Davis.

Provision 1502 in the Dodd-Frank Wall Street Reform and Consumer Protection Act may help to reduce the funding of rebel groups and the level of violence. The hope of the human rights campaigns is that by forcing manufactures to disclose the use of conflict minerals in products the reputation of the manufacture is at stake. With the growing social and environmental consciousness of consumers worldwide, hopes are manufacturers like Apple, HP, Blackberry among others will police themselves.

Certain institutional changes must be made to the Congolese government and the organization of the Congolese military, as wells as groups in Rwanda profiting from the minerals trade, to ensure an end to violence and illegal mineral trading.

“The Congolese government must end the army’s illegal involvement in the mineral trade. This is not about sending in yet more troops to forcibly expel those currently involved in the minerals trade, however. What is needed is rather the organization of soldiers in barracks that are sited for strategic, rather than commercial purposes,” Davis stated.

He stressed the importance of rotating the commanders most responsible for the illegal minerals trade and violence against civilians out of the eastern regions where the bulk of the violence takes place. Also, the need to prosecute those responsible for war crimes will send a message throughout the region that, despite past failures, there are serious consequences for those involved with violence against civilians and forced child labor.

“Accomplishing some of these tasks… will require funding – which international donors should provide – but the key determining factor is not money so much as a genuine political commitment from Kinshasa,” declared Mr. Davis.

Much like the situation with blood diamonds fields in Zimbabwe, smuggling of minerals into neighboring countries is a real problem that must be dealt with. For one, it makes the tracing and reporting of ‘conflict minerals’ a murky task, as well as providing another source of funding for militant groups not only in the DRC, but in neighboring Rwanda.

Davis explained the contentious nature of Rwanda’s involvement in the trade: “Countries bordering Congo, notably Rwanda, which is profiting handsomely from its role as a transit and laundering point for conflict minerals, have yet to face up to their responsibilities in any way.  Part of the problem is that key bilateral donors to Rwanda, such as the US and UK, are not using their influence with the government in Kigali to push for implementation of the measures set out by the Security Council.”

Countries with influence in the region, most notably the US and the UK, need to start pressuring the government of DRC and neighboring countries by withholding non-humanitarian aid if their respective governments do not actively work to end the trafficking of conflict minerals, and violence against civilians. “At the moment they are not doing this,” Davis added.

The issue is very complex. For example, cutting of funding through the arms trade, as has been suggested, may not stop the violence outright because there is no force to prevent them from perpetuating the violent cycle that has been all to common since the 1980s.

“The region is super-saturated with small arms. They are cheap and readily available. And the patterns by which violence happens in the Kivus do not always involve guns. Many rapes are committed by groups of men who attack young girls and women as they are on the way to work their fields, or while they’re fetching the day’s water,” added The Christian Science Monitor’s Laura Seay. There is an imperative need for a stabilizing force in the region. It could come for the Congolese government if they show a true desire to deal with these problems.

The consumer goods and electronics indsutry could play a huge role in minimizing the impacts of the minerals trade. When asked if any companies had expressed a desire to add ‘conflict minerals free’ to part of a marketing campaign, Mr. Davis stated: “To my knowledge no.  A number were very uncomfortable with the original conflict minerals bill proposed in the US House of Representatives by Senator McDermott because it would have required them to do this.”

Optimistically, the passing of the bill will help end part, if not all of the funding of groups perpetrating violence. It is at the very least a small step in the right direction, and will hopefully create awareness amongst the general public.

“Given the position of the US as a key global market for products associated with the conflict minerals trade, such as electronic goods, vehicles, alloys, chemicals and jewelry, this legislation will send a powerful ripple back up the supply chain that will impact on corporate behavior internationally… other countries must now follow the lead of their US counterparts and introduce equivalent legislation.  Given the public commitment of many European governments to eradicating the trade in conflict minerals, the EU, in particular, should now initiate this process without further delay,” Mr. Davis concluded.