To the relief of many, the long-awaited conflict minerals rules have been finalized. 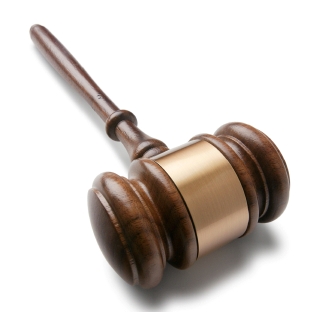 On August 22 the Securities Exchange Commission (SEC) unveiled the long-awaited and highly debated set of rules for disclosing the use of conflict minerals tantalum, tin, tungsten and gold. This legislation, mandated by section 1502 of Dodd-Frank (the Dodd-Frank Wall Street Reform and Consumer Protection Act) represents the US Congress’ efforts to snap the link between revenues from these minerals and violence perpetrated by armed groups in the Democratic Republic of Congo (DRC).

A company must first determine if any products it manufactures or “contracts to manufacture”, require the use of conflict minerals that are “necessary to the functionality” of the product. If a company’s product does not require any conflict minerals, no further action is required.

Investors should note that while the SEC provides guidance, it has not defined the terms: “contract to manufacture,” “necessary to functionality” and “necessary to production.” These terms were points of debate, as the definition could have resulted in the inclusion or exclusion of many companies.

A company that requires further diligence must conduct a “reasonable country of origin inquiry, (RCOI)” to determine where utilized conflict minerals came from. The SEC does not dictate how this must be done.

If the company does not know or have reason to believe the minerals may have come from the conflict region, which includes the DRC and nine adjoining countries, or if the company believes the minerals were derived from scrap or recycled materials, this is to be noted on Form SD along with a brief description of the RCOI method. The determination is to be disclosed annually, with the inquiry results and form submitted to the SEC.

If a company determines the minerals in its products came from the conflict region or finds that they may have, this triggers the need for due diligence. After that is completed the company must compose a Conflict Minerals Report. Before it is submitted to the SEC a private independent auditor must express a conclusion or opinion regarding the company’s due diligence measures.

Human rights group Enough considers it a major concern that “companies may perceive an incentive to produce a country of origin inquiry that will produce inconclusive results believing that they would not have to conduct due diligence in such a case.”

“There seems to be a sense of relief that now we finally know what the rules are and those who haven’t taken action already can get started, said Daniel Perisco, Vice President of Special Projects at Kemet, a major tantalum user, in an interview with Tantalum Investing News.

“In general, people [within the industry] that I spoke with expected the way things came down. Many it seems were surprised, by the undeterminable category and extra time provided. Pleasantly surprised,” he added.

The SEC’s rules include a temporary provision that allows a company that does not know whether its minerals came from the conflict region or whether armed groups benefited from the proceeds, to declare products “DRC conflict undeterminable” instead of “not DRC conflict free.”

“We recognize that the final rule will impose significant compliance costs on companies who use or supply conflict minerals,” said the SEC, adding that it tried to reduce the burden where possible. This temporary provision is one of those efforts.

But this loosening of the language, though perhaps useful for those striving to comply, runs counter to the concept of the legislation. Section 1502 of Dodd-Frank does not ban the use of minerals such as tantalum regardless of the source, and no matter who pockets the proceeds. Transparency is expected to make the system effective by allowing the free market to determine which companies get support.

The SEC also decided that companies would not be required to maintain records to support the conclusions of the RCOI. And under the final rules, minerals outside of the supply chain meaning already smelted, refined or removed from the conflict region — before January 31, 2013 — are not subject to any disclosure requirements. This too provides companies an opportunity to reduce compliance costs as they can stockpile in advance.

Furthermore, the SEC concluded that the regulations would apply along the supply chain instead of at the beginning. Forced labor among artisianal miners and the sale of that production played a central role in the crisis and the motive to develop this legislation, but the SEC’s rules exclude miners and those who contract mining, unless they also manufacture products.

Perisco says that is not unexpected since smelters are accountable for transparency of their supply chains anyway.

Still, this raises questions of how secure are the pipelines from ground to smelter. One of the concerns that has been consistently raised is the difficulty tracking minerals such as tantalum back to the original source after the goods have exchanged hands multiple times.

The conflict minerals rule requires not only the “good faith” requested by the SEC but also a high level of cooperation from parties who are not directly subject to the regulations.

Perisco believes that the requirements for SEC-regulated companies to be transparent will place pressure on those along the supply chain to fall in line, unless they want to risk losing business.

“We all have multiple suppliers to choose from,” he says “so this may require some shifting around in that respect.”

A willingness to act in the interests of those who are now regulated is being displayed. H.C. Starck, a global leader in tantalum processing, has taken measures to ensure that it has a conflict-free supply chain and to have its processing units validated as conflict free.

The company has  further declared its commitment to actively support customers with their diligence and disclosure requirements as required by the SEC.

The shortcomings of these rules have not been overlooked but there appears to be a general sense of optimism surrounding the outcome and the attitudes displayed by market participants thus far. It also appears less likely that the regulations will wreak havoc in the tantalum or other mineral industries to the degree some have previously suggested.

Reporting periods under the new rules span from Jan 1 to December 31 and disclosures must be provided to the SEC annually by May 31, with the first due in 2014. Disclosures must also be made public on company websites.

Securities Disclosure: I, Michelle Smith do not hold equity interest in any of the companies listed in this article.