The International Tin Research Industry announced that it is moving forward to Phase II of its Tin Supply Chain Initiative (iTSCi). However, there are some major weaknesses in the plan and some say it doesn’t go far enough in addressing the larger issues associated with the DRC conflict mineral trade. 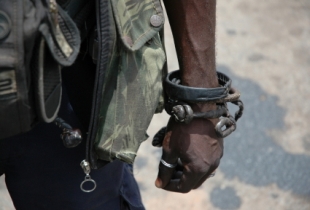 The worldwide push for the electronics industry to take a more active role in ensuring a conflict mineral-free raw materials supply chain has encouraged the International Tin Research Industry (ITRI) to develop an initiative to combat the problem.

Last week,  ITRI announced that it, along with some of the biggest players in the industry, was moving forward to Phase II of its Tin Supply Chain Initiative (iTSCi), which the organization first announced last year. The goal of the iTSCi is to provide more transparency and accountability concerning the supply of raw materials coming from the bloody conflict zones of the Democratic Republic of Congo (DRC). Phase II involves “developing and implementing a system to ensure mineral traceability from exporter back to the mine site and to develop chain of custody data.”

While the iTSCi mainly focuses on tin, the tantalum industry has also taken interest in the initiative and is supplying funding. The Tantalum-Niobium International Study Center made a financial contribution in exchange for the inclusion of columbo-tantalite in the project, “with potential additional funding from its members in the form of a buyer levy being planned.”

The six-month iTSCi pilot project involves a due diligence study that will assess the viability of a tracking system by selecting a number of cassiterite and columbo-tantalite mines sites in North and South Kivu, the provinces most affected by the violence in the Congo. The goal is to trace the origin of minerals and to ensure that those entering the supply chain are not sourced from militia-controlled mines.

Upon success,  ITRI hopes to expand the project across the DRC and to initiate Phase III later this year or next; then, mines will be required to comply with social and environmental performance standards, as well.

While concerned groups like Global Witness and the Enough Project welcome any industry steps toward ending the financing of human degradation through the minerals trade, the iTSCi process has also received a lot of well-founded criticism.

“Our concern with the ITRI scheme is not that all aspects of it are worthless, but that it only attempts to address one aspect of the militarisation of the mineral trade in eastern DRC,” said Mike Davis of Global Witness in an email correspondence with Tantalum Investing News. “As such, it is hard to take it seriously and it is difficult to see how it would provide downstream manufacturers with the kind of assurances they need to protect their brands.”

Some of the major weaknesses of the initiative are 1) that it involves those with unclean hands; 2) no third-party audits are in place to monitor the process and verify claims; 3) it does not address extortion and illegal taxation problems; 4) it pushes key responsibilities back onto the Congolese state institutions; and most importantly, 5) it does nothing to address the huge problem of national army units controlling a large part of the mineral trade.

Some of the companies with major involvement are the very companies that activist groups have decried the loudest. For example, one of the biggest supporters of the iTSCi initiative, the Malaysia Smelting Corporation (MSC), is one of the most notorious for sourcing materials from DRC conflict zones. MSC is the third-biggest tin producer in the world and the largest purchaser of tin from the eastern Congo. Although the company knows very well (although it would most likely claim otherwise) that it’s highly probable some of the materials it’s buying comes from mines controlled by armed-militia groups, it continues to do business with traders operating out of the region. Somehow, MSC believes its involvement with the ITRI scheme absolves it of any potential wrongdoing.

There are concerns those in the tin and tantalum industries may exploit the iTSCi process as a smokescreen for their questionable practices. This worry is amplified by the lack of third-party auditors in the scheme.

On its website, ITRI claims it “represents the tin industry and is sponsored and supported by its members, principally miners and smelters” and that it “act[s] with influence to ensure the best interests of the tin industry are properly represented and managed.” The organization’s words point toward its own inherent bias; thus, the overwhelming need for independent third-party verifications in the iTSCi process.

This issue was brought up in January of this year in a report from Enough Project members David Sullivan and Noel Atama: “If the initiative fails to put rigorous third-party monitoring into practice the scheme will simply be the industry policing itself and papering over the continuing flow of conflict minerals with half measures.”

While the iTSCi scheme attempts to target and exclude minerals coming from militia and army-controlled mines, it does nothing to address the second way in which the armed-groups in the DRC profit from the mineral trade: through illegal taxation (basically extortion) of mineral transport being conducted at roadside checkpoints.

The “bagging and tagging’ chain of custody scheme outlined in the iTSCi may prove useful, if implemented successfully, in addressing origin issues, but it will do nothing to keep the former-rebel led army units from profiting off of illegal taxation. “One could very easily have a situation where a bagging and tagging system is instituted in a mine free of belligerents, only for the sealed bags to later be ‘taxed’ as they are transported,” warns Mike Davis.

To patch the holes in the process, Global Witness has urged requirements for smelters to perform “regular on the ground assessments both to check that the information yielded by the documentation trail is accurate and to gather a more comprehensive set of data on the impact of the company’s sourcing practices, in terms of conflict, human rights abuses and corruption,” Davis told Tantalum Investing News.

ITRI’s response to such an idea: “If we can find a way to collect information along the trading route we will, but spot checks are not practical,” said Kay Nimmo, manager of Sustainability and Regulatory Affairs at ITRI. “We’re not going to go off into the jungle and ask the army what they are doing.”

That attitude gets to the heart of another key fault with the iTSCi scheme in that it puts the responsibility for due diligence back onto the Congolese state institutions. ITRI’s plan assigns a number of roles to the DRC government, making it responsible for iTSCi’s success as far as due diligence is concerned. “It is highly unlikely that these government bodies will be able to discharge these functions successfully and ITRI must know this,” charges Mr. Davis. “This raises the question as to whether the approach is wishful thinking or a cynical attempt to create an excuse for non-implementation by the companies—on the basis that the DRC government is not playing its part—before the scheme has even begun.”

Global Witness sees due diligence as solely the responsibility of the companies sourcing materials from the conflict-ridden zones of the eastern DRC. “The burden of proof is on the companies to demonstrate that they are not doing harm,” Davis insists. “And the responsibility for instituting supply chain controls that guard against their involvement in harmful activities lies entirely with them.”

What ITRI and its members fail to appreciate  is that the atrocities occurring in the region are happening because the government’s authority has been destroyed, as is evident by the involvement of the army itself in acts of human degradation as they, too, profit from the mineral trade. How is such a failed state expected to enforce the types of controls needed to ensure raw materials purchased by these companies do not originate from the conflict-zone mines?

This lack of understanding leads to the biggest problem with the iTSCi: its failure to address the problem of the national military units controlling large swaths of the mines in the conflict-zone.

The DRC army’s involvement in the mineral trade is not only illegal, it further undermines the authority of the Congolese government and helps fuel the conflict. Many of these units are led by former rebel militia soldiers, many of whom were responsible for the terrible crimes committed in Rwandan Genocide some years back and now continuing to recruit children as soldiers, rape, murder and torture in the eastern Congo region.

Failure to address this issue means the region’s citizens and its resources will continue to be exploited by these armed groups.

The iTSCi, despite its faults, is a step in the right direction; however, it doesn’t even begin to address all the issues. The most important goal is create peace and stability in the region for the citizens of the DR Congo, who deserve to work in safe, humane conditions and to live without the fear of physical intimidation, rape and murder.

Annie Dunnebacke of Global Witness, after returning from a month in the eastern DRC, said it best: Until all the players involved “implement a comprehensive strategy which tackles once and for all the economic drivers of this conflict, the local population will continue to suffer and the country’s future will continue to be blighted.”