2011 began with positive fundamentals to support rising tantalum prices. But, 2012 may prove to be a different ballgame. 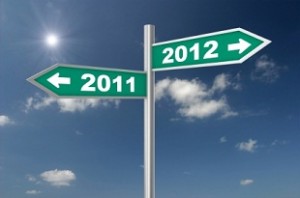 Going into 2011, it appeared the tantalum market, recovering from a downturn following the recession of 2008, was in high gear to rebound. In 2010, prices had steadily escalated, starting in the $34-36/lb range and ending in the $110-125 range. Moving into 2011 at that rate, it was predicted that shuttered mines may be encouraged to re-open and that prices may continue their ascent toward $150. Those predictions were indeed realized, but the year ended and 2012 has begun on a different note.

In 2010, Daniel Persico, Vice President of Strategic Marketing and Development for Kemet (NYSE:KEM), said suppliers hadn’t expected the tantalum capacitor business to reach 2008 levels until 2011 or 2012. However, business had already bounced back to those levels resulting in a strain on supply, he added.

Tantalum demand was strong going into 2011, especially from the electronics industry, which is the largest user of the metal. Capacitor powder, an essential component in small gadget electronics, accounted for 40 percent of the final market, according to Noventa (TSX:NTA,AIM:NVTA).

Given the trend towards smaller, more capable devices and expectations of growing demand for these products, tantalum’s outlook in this sector was especially positive at the beginning of last year. There were even concerns about a supply deficit.

As the tantalum mining community is small, it was taken as a positive indicator that two producers announced that they would re-open their mines. Global Advanced Metals (GAM) re-started production at Wodgina in Australia. And, Cabot Corp. (NYSE:CBT) announced it would resume production at its TANCO mine in Canada to meet rising global demand.

Later in the year, came the announcement that GAM was set to purchase Cabot’s Supermetals business, which is a leader in high-capacitance powder technology, putting GAM in a good position to capitalize on the electronics miniaturization trend and to create a conflict-free supply chain.

Strong demand was complemented by the Conflict Minerals Act. This US legislation aims to curb the flow of cash to rebel groups in the Democratic Republic of Congo (DRC), resulting in a nearly self-imposed embargo on tantalum supplies from the region. Companies became highly concerned with soiled reputations and being a conflict-free tantalum producer became a strong marketing point.

Putting small scale miners out of work was an effect but not the true intention of the legislation. But, given that a supply shortage already seemed imminent, it helped to provide support for high prices, which reportedly increased 150 percent from 2010 to 2011. By mid-year, the metal was selling at a high of about $140/lb.

Spot prices and trade are only partially representative of the condition of the tantalum market because a bulk of the transactions in this industry are subject to off-take agreements. Even in this regard, the tantalum market appeared positive. Noventa, for example, announced that H. C. Starck, one of the largest tantalum consumers, had agreed to a 27-36 percent price increase through 2013.

There were assumptions that high prices would be the norm going forward. However, plans were underway to develop methods to bring conflict-free tantalum to market from the DRC. Though there were skeptics who claimed that these measures wouldn’t be successful, Perisco appeared to be an optimist.

He said prices would remain high until the issues around Congo were sorted out. Once those materials started flowing again he predicted prices should ease.

During the fourth quarter last year, the tantalum market did seem to cool off. By year end, tantalum prices were down to a low of $95, though the average selling range was reported at $105-110 coming into the new year.

Since the dawn of 2011 tides have changed and 2012 tantalum prices are reportedly under pressure. It is not uncommon for tantalum consumers to maintain stockpiles and it is believed that they may be in a comfortable position now to negotiate and delay purchases.

There are reports that supplies are again flowing from Central Africa. And last month, AVX announced that it can now guarantee conflict-free tantalum from DRC.

Floods in Thailand have at least temporarily washed away some demand from the nation’s tantalum capacitor manufacturing sector. And also of note for tantalum investors is the reported slowdowns in areas such as the EU and China, topped by weaker than expected electronics demand.

Statements made at the International Tin and Tantalum Conference in November did little to paint this market weakness as temporary or to garner excitement about the 2012 tantalum outlook.

AVX Divisional Director of Quality and Technology, Bill Millman said, consumption of tantalum wire and powder will be down.

David Henderson of Rittenhouse International Resources described tantalum as a “low or no growth market.” And added that in 2012, he foresees prices below $100/lb and a 650,000 lb surplus.