Four nations have locked their hands on the wheel of vanadium production, becoming the driving force in both the supply and demand of steel. 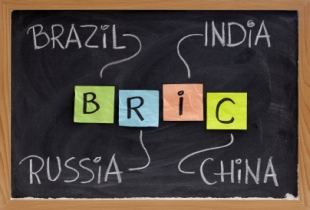 Four nations have locked their hands on the wheel of vanadium production, becoming the driving force in both the supply and demand of steel.

The BRIC, also known as the big four, includes a coalition of the four largest developing nations in the world – Brazil, Russia, India and China – and together symbolize the potential economic shift in power from developed G7 countries towards the developing world.

The BRIC thesis points to the potential for China and India to become the world’s dominant suppliers of manufactured goods and services, while Brazil and Russia will dominant as the suppliers of raw materials.

The hypothesis for an economic shift appears to ring true when it comes to the production of vanadium and steel, according to a recent report by Roskill.com, an independent research company focused on minerals.

The report states the main drivers for expansion in vanadium demand will be led by a combination of strong growth in steel output in the BRIC and an increasing emphasis in these countries on production of high strength low alloy steels with higher vanadium content.

“Over the last decade, China has become both the main producer and main consumer of vanadium,” a preview of the report states online. “In terms of supply, it now accounts for almost 50 per cent of the global total and planned expansion over the next two years will consolidate this position.”

Local demand for minerals in China, which includes vanadium, may rise 18 million metric tonnes by 2012, reported the China Daily on Aug. 26.

This has China Vanadium Titano Magnetite Mining Company focused on Sichuan, a province in China that borders Tibet. Company Chairman Jiang Zhongping stated that Sichuan will add 10 million tons of steel production capacity by 2012, translating into an addition iron ore demand of 18 million tons, according to the China Daily.

Roskill.com also reports that while world production of vanadium grew by over seven per cent between 2003 and 2008, the majority of this expansion originated within existing mines and plants, particularly in China.

China has been moving to improve infrastructure and employment in its western provinces, while rebuilding the damage caused in the 2008 earthquake. This has added to the steel demand within Sichuan, noted the China Daily.

While it is unclear how the BRIC will affect resources like vanadium, the four leaders of Brazil, Russia, India and China met on June 16, 2009 in Yekaterinburg, Russia – the first time in history. There are currently no countries from Africa, Europe or the Americas represented in the BRIC.

The world’s newest economic assembly ended its meeting by calling for a more diversified monetary system, while hoping to tackle the economic dominance of the United States, according to the BBC.

The Times of India stated that less than a year later in April 2010, the BRIC leaders met again in Brazil. India Prime Minister Manmohan Singh pitched for a close cooperation amongst the nations in the fields of energy and food, while tapping into the potential for trade, investment, technology and infrastructure.

The acronym BRIC was coined in a 2001 paper entitled “The World Needs Better Economic BRICs,” by Jim O’Neill, Goldman Sachs chief economist, in which he explored the countries’ impact as emerging economic powerhouses.

In the company’s BRIC Monthly document, Goldman Sachs noted the four nations have already made their mark on the global economic landscape. Over the past 10 years, they have contributed over a third of the world’s GDP growth.

With vast resources, growing economies, massive populations, and seemingly, a move from the BRIC nations towards a coalition, only time will tell how the world markets of vanadium and steel will be affected.