South Africa’s Highveld Steel and Vanadium sees profits drop and looks to vanadium revenue to recover; NiPlats Australia has a big March with some big announcements; and, American Creek Resources tries to eek out an existence in British Columbia. 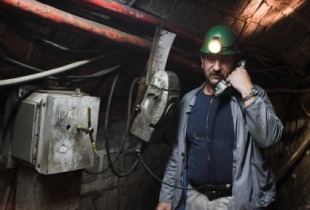 South Africa Highveld Steel and Vanadium (OTC:HGVLY), a subsidiary of the Russian mining and steel producer Evraz Group (LON:EVR), reported a sharp drop in profits for 2009.  Now the company is looking to revenue from its vanadium sales to increase profit margins in 2010.

Highveld’s vanadium production dropped 20 percent to 6,190 tons and vanadium prices were all over the board.  After opening the year at US$26.00 per kg, prices dropped as low as US$18.96 per kg before climbing to US$32.00 per kg to close the year.

Looking ahead, the company sees the South African steel market as volatile. Despite some recovery in prices and increased shipment volume, rising energy and raw material costs threaten to eat into what little growth there is.

“Following the upward trend of vanadium prices, the price for iron ore fines has also improved. Despite a depressed steel market, a notable recovery is evident in the vanadium market since the year end, with prices reacting to positive market demand,” Highveld said.

March was a big month for NiPlats Australia (ASX:NIP). To open the month the mining company, which operates in the East Kimberley region of Western Australia, moved out of a trading halt. Then the company announced a 400 percent increase of the vanadium deposit at their Speewah location, confirming it as Australia’s largest vanadium deposit. The Speewah vanadium deposit is estimated at 3.2 billion tonnes at 0.30 percent V2O5, 2 percent Ti and 14.8 percent Fe.

Then, to close March out, NiPlats made two more announcements.

The miner said indications from the current studies suggest that Speewah has the potential to support an initial 25-year mining operation, producing a concentrate with high tenor vanadium, but further studies are required to examine the cost competitiveness of the operation.

By the end of 2010, NiPlats hopes to have studies completed, which include metallurgical testing and feasibility components, to finish in pit design, and to file an application for a mining lease that would allow future development.

The project is still in the earliest stages of exploration, but the company says that the seven-hole drill program completed in November 2009 confirmed significant magnetite mineralization at depth. Testing revealed that a concentrate averaging 67 percent Fe (93 percent magnetite) may be suitable for direct shipping. The latest tests indicated elevated levels of vanadium in the concentrate that may provide an economically important by-product.