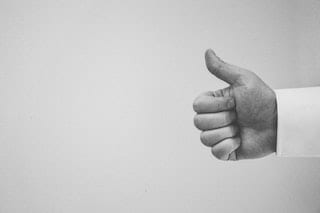 An updated feasibility study and financial model for TNG’s (ASX:TNG) Mount Peake vanadium-titanium-iron project lowers the required CAPEX and increases the asset’s pre-tax IRR.
In a Monday (November 20) press release, TNG said pre-production CAPEX for Mount Peake now stands at AU$853 million, down AU$117 million compared to a 2015 definitive feasibility study. The firm attributes the decrease to optimizations achieved over the past 18 months.
Mount Peake’s pre-tax IRR now comes in at 44 percent compared to 42 percent, with “only a moderate increase” in OPEX from AU$167 per tonne of ore processed to AU$185, as well as a reduced payback period of three years. The project’s pre-tax NPV also decreased compared to the 2015 report using 8-, 10- and 12-percent discounts; it now stands at AU$3.8-billion in the 10-percent discount scenario.


Give me my free report!
“This marks the culmination of a vast body of work completed over the past 18 months in conjunction with our strategic development partner, SMS Group, Como Engineers and METS,” said Paul Burton, managing director at TNG.
Mount Peak is located in Australia’s Northern Territory, and was discovered in 2008. According to TNG, its shallow mineralization makes an open-pit mining scenario possible. The project’s measured, inferred and indicated resources total 160 million tonnes at 0.28 percent vanadium, 5 percent titanium and 23 percent iron. Total proven and probable ore reserves total 41.1 million tonnes and comprise about 30 percent of the total measured and indicated resource.
In Monday’s release, TNG also said it plans to build a TIVAN processing plant that will receive ore from Mount Peake via truck and rail transport. The company added that the proposed plant will have a design feed capacity of 900,000 tonnes of magnetite concentrate per year, with that amount expanding to a maximum capacity of 1.8 million tonnes in the fifth year of operations.
The company has reserved an industrial-zoned site in Darwin for the location of the TIVAN processing plant. An environmental impact study has begun for the site, and negotiations to acquire the land are ongoing with the government. The plant is expected to produce vanadium pentoxide, titanium dioxide concentrate and iron oxide. Associated downstream plants will produce titanium pigment and pig iron.
TNG has a binding life-of-mine offtake agreement with WOOJIN Metals for a minimum of 60 percent of vanadium output from Mount Peake. It also has a binding term sheet for a life-of-mine offtake agreement with Gunvor (Singapore) for iron products, and said on Monday that offtake discussions for its titanium pigment business are well advanced.
“The updated Feasibility Study sets the stage for us to move ahead and secure an attractive and competitive project funding package. Subject to securing a suitable funding package, the Board will target a Final Investment Decision to commence development of one of the world’s most important new strategic metals projects at a very opportune point in the global commodity cycle,” Burton explained.
TNG’s share price was flat at AU$0.16 at close of day Monday, but has risen 18.52 percent year-to-date.
Don’t forget to follow us @INN_Resource for real-time news updates!
Securities Disclosure: I, Melissa Shaw, hold no direct investment interest in any company mentioned in this article.