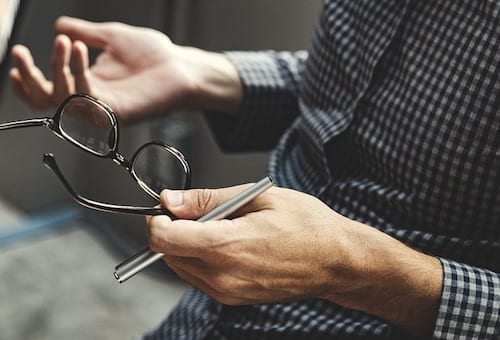 Curious about investing in manganese? Here’s a brief overview of the manganese industry, from supply and demand to how to invest.

Manganese is a brittle, hard, gray-white metal that looks similar to iron and is widely distributed in the Earth’s crust. Most manganese is consumed by the steel industry, though it is also used in batteries, chemicals and more.

Manganese analysts have been anticipating the price of manganese would slip as South Africa — the largest producer — upped its output over the last three years by roughly 30 percent. However, that has yet to materialize and the value of the battery metal has remained steady in the US$4 to US$5.50 range since October 2018.

Because more than 90 percent of global manganese consumption is so closely tied to the steel and construction sector, in which it is a critical alloy metal, there was speculation that, as China’s construction sector slowed in the summer months, demand for the manganese would slip, creating a global glut and driving prices lower.

The effect of a slower construction season may have been offset by the increasing role manganese is playing in the battery sector, particularly the electric vehicle segment.

“Though steel will continue to dominate manganese demand, consumption of manganese in batteries is expected to grow rapidly over the next decade,” stated a recent Roskill market outlook report.

Read on for a brief overview of manganese supply and demand dynamics, and for a look at why the metal could be a compelling investment choice in the coming years.

As mentioned, the steel sector accounts for most manganese demand. In all, the industry consumes 90 percent of produced manganese, using it as a deoxidizing and desulfurizing additive and as an alloy constituent. Among other things, manganese can improve the strength, toughness and stiffness of steel.

Steel sector strength was a key driver of the manganese price last year, and continues to influence demand. Manganese consumption directly related to the steel industry increased slightly year-on-year, thanks in part to countries like the US, Japan and China.

According to a Metal Bulletin report, China will be a key driver to growth in manganese demand over the next six months.

“In terms of national macroeconomic policies, the current fiscal policies and some measures that encourage domestic infrastructure construction will do some good to the steel industry,” it reads.

Of course, manganese has other applications as well. The battery space is the second-largest consumer of manganese today, and many market watchers believe that demand from this sector could be set to increase in the future.

Manganese dioxide has long been used as a depolarizer in alkaline batteries, but this is not the manganese battery market that is currently the most interesting. Instead, attention is being drawn to lithium-ion battery chemistries that require manganese — these include lithium-manganese oxide batteries and lithium-nickel-manganese-cobalt oxide batteries.

In these batteries, electrolytic manganese dioxide is used as a cathode material. Many investors who believe that battery sector demand for manganese will increase are optimistic that lithium-ion batteries that require manganese will become more common in the future.

“There remain many uncertainties concerning how fast the growth of manganese consumption in batteries will be, and which manganese products and production processes will be required to fulfil the demand from lithium-ion batteries,” the Roskill report noted.

Regardless, manganese’s role in facilitating green energy applications is proven and will likely be a driving force behind market demand.

As mentioned, there are many uses for this versatile metal. Manganese sulfate is also used in chemicals, such as fertilizers and animal feed. Click here to learn more about manganese applications.

Looking at supply, major producers of manganese have mining operations in Australia, Gabon and China, as well as South Africa, which holds 80 percent of the world’s reserves. Global manganese production reached 18 million metric tons in 2018, a slight increase from 2017, according to the US Geological Survey.

All told, the market for manganese is projected to reach 28.2 million metric tons by 2022, driven by rising investment in infrastructure development projects, growing automobile production and rapid urbanization in emerging markets.

Manganese industry: How to invest

Investors looking to jump into the manganese market may find it challenging to get exposure to the metal. While a number of large companies are involved in manganese production, it is difficult to find major producers of manganese that are not listed privately.

Investors interested in smaller companies may want to look at manganese juniors. A few are listed below — all trade on Canadian, American or Australian exchanges, and all had market caps of above $2 million as of September 5, 2019:

This is an updated version of an article originally published by the Investing News Network in 2017.

Editorial Disclosure: American Manganese, Manganese X Energy and A.I.S Resources are clients of the Investing News Network. This article is not paid-for content.

4 responses to “Investing in the Manganese Industry”