The Indian Bureau of Mines believes a critical gap between supply and demand will hit the Asian powerhouse by 2020, and has called current manganese mining operations “highly inadequate.” 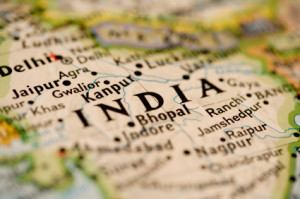 The Indian Bureau of Mines came out on Tuesday with a warning that the Asian powerhouse could face a critical demand/supply gap in the manganese market as soon as 2020.

In its Manganese Ore: Vision 2020 and Beyond report, the bureau states that India could be in trouble by 2020 as dependence on manganese increases. It also warns that while the world may have global manganese resources in the billions of tonnes, proven reserves only stand at 540 million tonnes, meaning future global supply of manganese could be put under threat.

“By 2020, the constraints of availability of high-grade manganese ore coupled with the anticipated demand of 8.33 million tonnes of r.o.m. based on metallurgical calculations for steel making would put a tremendous pressure on the consumer sector,” wrote C.S. Gundewar, the controller general of the bureau.

The bureau estimates that India has 142 million tonnes of manganese in reserve, with the majority of that material classified in the mixed, low-grade (less than 25 percent manganese) and unknown categories. Current production is in the range of 2.5 million tonnes per year, with manganese content in the neighborhood of 30 to 35 percent.

The combined installed capacity of the manganese alloy industry throughout the country is 3.16 million tonnes per annum, and it is operating at about 60 percent of that capacity.

India’s manganese production by 2020 is forecast to hover around 5 million tonnes, with demand forecast for 9 million tonnes per year. At that consumption rate, the country’s total reserves would dry up in 10 to 15 years.

The situation described in the bureau’s report is a problem for manganese users, but is potentially great for producers, especially due to the fact that “[u]nlike other metals, recycling of manganese [is] not possible, making it a consumable commodity in steelmaking and entirely dependent on fresh resources.”

Currently, the bulk of India’s manganese production is accounted for by companies such as MOIL, Tata, Orissa Mining and Sandur, with the rest being mined by small- and medium-sized companies. The split has resulted in a fragmented system.

The fact that those companies are producing a lot of low-grade ore is also a problem, as are the ”highly inadequate” manganese ore beneficiation facilities spread throughout the country.The radical proposal by the bureau is to establish a custom mill where low-grade ore from nearby small mines will be received and processed in a centralized processing unit.

With demand for steel forecasted to rise in India as its economy grows, the bureau believes it is imperative to develop and maintain a steady stream of manganese. It’s thus looking like the mining industry in India will need to up its game.

10 Top Phosphate Countries by Production
Pharmaceutical Industry Overview: Top Regions
An Overview of Gold Investing and Prices
What Was the Highest Price for Gold?