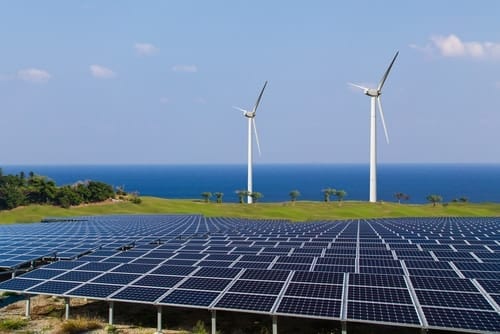 Element 25 has been approved to receive AU$490,000 to further advance the use of renewable energy in its production process.

The funding from the Australian Renewable Energy Agency (ARENA) is part of a widespread effort to promote and develop renewable energy initiatives on the continent.

“The company is pleased to partner with ARENA on this exciting aspect of work at Butcherbird,” Executive Director Justin Brown said in the announcement.

The cash infusion has been earmarked for a first-of-its-kind examination into the viability of using reusable energy to power Element’s metal production process.

More specifically, the company will look at whether or not renewable energy solutions like wind and solar could be used to power electrowinning processes, which are crucial in the production of electrolytic manganese metal, without compromising the quality and resilience of the end product.

If successful, the technology could have widespread implications, especially in the specialty metals and alloy sectors. This is because electrowinning allows metals to be deposited through an electroplating process by using an electric current passed through a metal salt solution.

“The resource processing sector is an area in which there is currently low penetration of renewables,” explained ARENA CEO Darren Miller in the press release. “ARENA is helping to grow the potential of renewables, providing viable alternatives to traditional methods through funding the demonstration of integrating new and emerging technologies.”

ARENA sees the funding for Element as the first step in a series of events aimed at improving the relationship between the resource sector and the renewable energy market.

Australia is currently the third-largest producer of manganese ore, and, if the project shows that renewables are a viable option, it could help to revolutionize the way metals are produced, Miller said.

“[It could even create] a new industry in Australia where ore is processed right here using Australia’s low-cost renewable energy sources, rather than have the raw product exported and processed offshore using fossil-fuel-based energy,” he added.

Manganese is increasingly in demand, not only by alloy and specialty metals manufacturers, but by the lithium-ion battery sector as well, since manganese is a key component in batteries.