The question is not one of absolute feasibility; the question is one of economics and performance in the sense that how much more might it cost you to avoid lithium and REEs, and how much poorer performance will the resulting vehicle have. 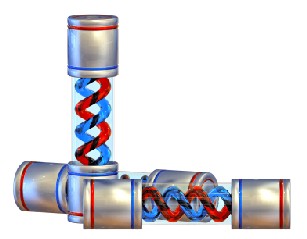 With neighboring states aggressively competing for resources and formally announcing plans to increase stockpiles of lithium and rare earth minerals, China has been creating shortages of rare earth minerals prompting the US and European governments to develop strategies for the secure supply of the metals needed for high tech and military applications. Recently, government officials in the UK and Europe held hearings over the strategic importance of rare earths. Trying to develop strategies for securing supplies of the metals has proven a difficult challenge.

The South Korean government aims to boost supplies of the two resources from Korean-owned mines up to 10 percent of annual requirements this year from 5.5 percent last year. Korea plans to increase stockpiles of about 30 minor metals including lithium and rare earths, to the equivalent of 13.5 days of consumption this year from 8.1 days last year. The country is planning to build a facility in the second half of this year to store strategic metals such as lithium, with a capacity of 35 days of consumption.

These developments have caused some observers to suggest several Japanese companies are setting a trend in developing motors without rare earths components for use in the global automotive industry.

Toyota Motor Corp (NYSE:TM) and Tesla (NASDAQ:TSLA) are in the advanced stages of creating a hybrid induction motor that does not utilize rare earth and Toyota has reportedly announced plans to completely phase out rare earth metals from its electric and hybrid vehicles. Additionally, the Japanese automotive giant also reportedly has intentions of developing a new magnesium-sulfur battery to replace the current standard of lithium-ion batteries, and is aiming to replace lithium within 10 years.

In an interview with Lithium Investing News, Head of Global Research and lithium specialist at Byron Capital Markets Jon Hykawy indicated that the question is not one of absolute feasibility; the question is one of economics and performance, “how much more might it cost you to avoid lithium and REEs, and how much poorer performance will the resulting vehicle have.”

Nissan Motor Co (TYO:7201) (PINK:NSANY) has publicly disclosed that the current battery in a new Leaf costs them about $18,000 to make, and contains 4 kg of lithium metal, or about $120 worth of battery-grade lithium at current prices. This makes the cost of the lithium attributable for less than 1 percent of the total battery production expenses.

Toyota said that they are investigating the use of AC induction motors to replace the current permanent rare earth magnet-equipped DC motors they use in vehicles like the Prius. As Dr. Hykawy indicates, “the Prius contains about 2.2 kg of rare earth magnets, but a lot of that is in ‘vital’ parts like the motors that move your seat back and forth, or that make the windows roll up and down. But even assuming all of this is necessary, that 2.2 kg of magnet contains about 700 grams of neodymium, and the rest is cheap iron and boron. At today’s inflated prices outside China, 700 grams of neodymium metal is worth about $100 (inside China, where almost all of the neodymium metal is actually bought and sold, it is $45).”

It appears difficult to create any business case to eliminate lithium and rare earth based upon current market prices. The competitive advantage of lithium appears to be quite secure for energy storage in an automobile, and the system around a rare earth element equipped DC motor is as light and efficient as it gets. Substituting anything else will translate into marginally poorer performance in the hands of the consumer.

Implications on the lithium industry

Currently, the fundamental lithium supply and demand dynamics are strongly influenced by consumer electronics, as there is effectively zero use of large lithium ion batteries in cars. Dr. Hykawy suggested, “if that same [Toyota] battery substitute were to scale down to use in consumer electronics, then the impact could be large, since more than 25 percent of current global lithium demand is due to battery use.”

Highlighting some of the drawbacks of potential alternatives, “The magnesium-sulfur batteries mentioned by several sources as an area of research have a few problems associated with them. The obvious one is safety…but the other unpublicized one is that, at present, these batteries don’t have good cycle life, that is, they can only be charged and discharged a very limited number of times before they die. The lifetime issue might be solved with lots of additional work, but the safety issue will never completely go away, especially as much safer lithium batteries make gains in performance.”