Lithium carbonate purchases are typically tied to longer term supply contracts between the lithium producers and customers. There may be as many as ninety different varieties of lithium that producers will market and pricing is not simplified enough to give a generic quote as there are different volumes and purities according to the demands. 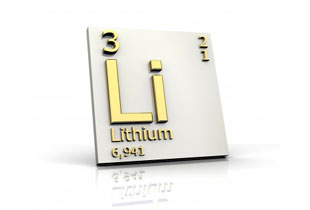 The supply and demand model of economics asserts that in a competitive market, price will function to equalize the quantity demanded by consumers and the quantity supplied by producers, resulting in an economic equilibrium of price and quantity.  Most resource investors will be very familiar with how this practically applies to commodities that have one or more exchanges to serve as global competitive markets.  These exchanges provide a relatively transparent forum for all trading activity, and as a result they facilitate to ‘discover’ what the price of a material will be months and years ahead. This helps the physical industry to plan forward in a world subject to often severe and rapid price movements.

The oldest such exchange in existence for metals is the London Metals Exchange (LME) which has been evolving since 1571 to its current form offering futures and options contracts for copper, lead, zinc, aluminum (and alloys), nickel, tin, cobalt, molybdenum, steel and plastics. The volume of trade and level of demand has grown over the years to accommodate contracts including spot prices, forwards, futures and options on futures. With the total value of trade on the exchange around $ 10.24 trillion annually, other sophisticated products are also traded including interest rates, environmental instruments, swaps, or ocean freight contracts.

Unfortunately for lithium there is no such international exchange, which creates a rather opaque lithium marketplace where buyers are left to negotiate with producers on an individual basis. Lithium carbonate purchases are typically tied to longer term supply contracts between the lithium producers and customers. There may be as many as ninety different varieties of lithium that producers will market and pricing is not simplified enough to give a generic quote as there are different volumes and purities according to the demands, however technical grade carbonate is typically what interests battery makers. A customer inquiring about a pricing quote would be required to complete a relatively long checklist of specifications including purity, particle size, shipping, packaging and delivery date.

As the industries largest global supplier, Sociedad Quimica y Minera (NYSE: SQM) entered the lithium market in 1996 -1997; with its lower cost continental brine supply/capacity, it dramatically transformed the pricing models within the industry. The structure of the lithium industry was changed from high-cost lithium compound production based on minerals to low-cost large-scale brine-based production. Based on data from the USGS Minerals Yearbook, lithium carbonate prices decreased 27 percent from 1996-1997 and a subsequent 15 percent from 1997-1998 or from over $3,000 per tonne to less than $2,000 per tonne.

Observing the supply/demand balance and its impact on price, the market has been relatively tight over the past few years with the advancement and overall market penetration of hand-held devices and the resultant rechargeable battery demand, all of which has manifested in robust pricing. In 2009 the weak economic environment should have resulted in significant downside pricing pressure had it not been for two of the industry leaders, SQM and Rockwood Holdings Inc. (NYSE: ROC), temporarily idling capacity, which significantly tightened the supply/demand balance.  In September of 2009, SQM announced a 20 percent reduction in lithium prices, which demonstrated that the market demands were still well below the inventory.

Investors might be interested to know that the battery market for lithium, which is well understood to be the strongest catalyst for future growth, might easily absorb a significant increase in lithium prices.  The actual raw cost of the lithium in vehicle batteries is currently less than 3 percent as a proportion of total input expenses. In theory, lithium prices could increase by several multiples and it would have a nominal impact on the actual price of the end battery.

A secondary point for investors is that with a relatively small number of producers controlling a large percentage of global production the effective oligopoly will make lithium a strategic commodity in decades to come.  Looking forward, near term pricing may be under pressure unless the large producers return to a more disciplined approach with regard to idling supply and not worrying about market share as the Chinese producers continue to raise their effective capacity as well as newer producing enterprises anticipated in the future. Longer-term, surging lithium demand should require further supply increases.  Some industry consultants have forecast global demand for the metal to more than double by the end of this decade.