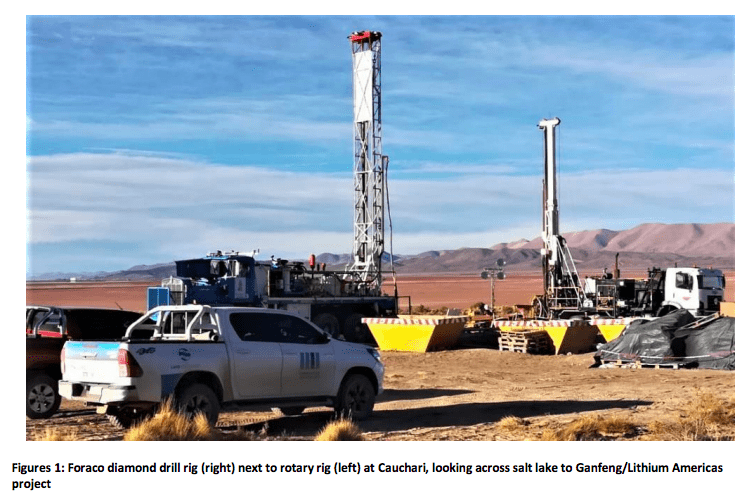 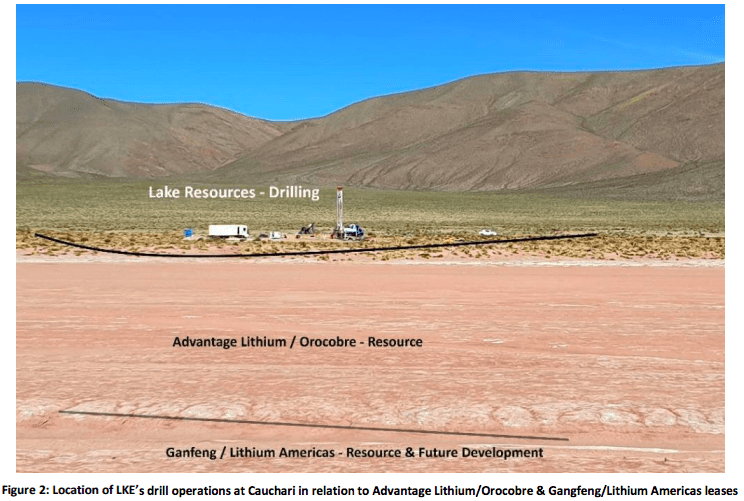 The larger diamond drill rig is targeting a sand horizon estimated between 350-450 metres deep and will drill to 500 metres. Two rigs are now operational at Cauchari and reporting results from representative samples is LKE’s immediate priority.

Both Lake’s rigs are operating ~500m from where Ganfeng/Lithium Americas is about to drill a further production hole on their adjacent leases. Lake is targeting the same sand horizons.

Lake’s Managing Director Steve Promnitz said: “Lake aims to generate brine samples showing the extension of the adjoining resource, which is the largest in the world, into Lake’s leases.

“Recent progress has been encouraging as we aim to advance this project as quickly as possible for the benefit of shareholders. Notably, Lake is the only junior company drilling next to a major pre-production site in the best location for lithium brines, as demonstrated by Ganfeng recently paying over US$350 million for 50% of the adjoining project.”

Lake’s Cauchari project is part of Lake’s 100% owned lithium portfolio in the Lithium Triangle, encompassing its Kachi, Olaroz-Cauchari and Paso brine projects. Demand forecasts point to the need for an eight-fold increase in lithium supply over the next nine years and amid supply constraints, new projects such as Lake’s will be essential to support the lithium-ion battery revolution in energy and transport.