Automobile vendors are revving up to get their show on the road. The new device under the hood – lithium ion battery. Lithium stocks power ahead. 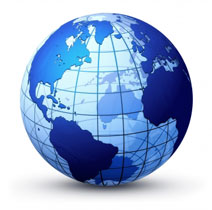 Battery swapping is in. Lithium-ion batteries, that is, with major automobile vendors revving up to get their show on the road.

Even as Britain, France and the US are offering substantial tax rebates to encourage more people to buy plug-in hybrid and electric cars, Renault-Nissan is considering leasing lithium batteries to reduce the up-front cost to buyers of its electric cars.

In China, Japan, Singapore, Israel, Denmark and the US, governments and the private sector are teaming up to work out the best ways of establishing networks for rapid re-charging and battery swapping.

Honda, Toyota, Ford, Nissan and Volkswagen have all lined up their wares, and are showcasing their big jumps in small-car production.

A significant factor peppering most power point presentations and featuring in all the plans of automotive majors is lithium batteries.

Why, one would ask, is it such big business?

The global market for automotive lithium batteries is forecast to be a whopping $70 billion annually by 2020, dwarfing the lithium market for cellphones and laptops, currently valued at around $7 billion.

Electric vehicles use lithium-ion batteries, which is the technology expected to underpin the next wave of hybrid and electric vehicles and provide the same power at half the weight of the current standard nickel-metal hydrid batteries.

The automotive industry must secure a lithium source to supply the next generation of hybrid-electric and electric vehicles.

And since these automobile majors know which side their bread is buttered, the covers are off the shiny new electric cars.

General Motors of the US and Reva Electric in India are to begin joint production of a “highly affordable” battery-powered car in India, in the second half of 2010.

And if India is powering ahead, can China be far behind? China is also actively promoting manufacture of both electric-drive vehicles and the batteries that store their on-board electricity.

Hyundai is now taking its flagship small car – the i10 – to a greener level. Showcasing the i10 electric version at the on-going Auto Expo 2010 in India, the firm has replaced the petrol-burning 1.1 or 1.2 litre engine powering the regular i10, with a 49kW (66.6 PS) electric motor under the hood, that will power its front wheels.

Instead of a fuel tank, electricity will be stored in its 16 kWh lithium-ion battery pack.

In addition to the cool R3 MPV, Suzuki is also showing off a new SX4 Hybrid concept vehicle at the New Delhi Motor Show.

The Bosch Group, which witnessed one of the worst slowdowns in its history last year, with a double-digit fall in worldwide revenues, is said to be in talks with some Indian manufacturers for developing battery-powered vehicles.

By the end of 2012, the firm expects “to be producing lithium-ion cells to a capacity of more than 600,000 KWh for hybrid and electric vehicles,” according to Bernd Bohr, chairman, automotive group, Bosch.

Mercedes-Benz too is attacking new technology with a vengeance. The latest proof: reports that it will offer a pricey plug-in hybrid version of its next S-Class large luxury sedan in 2012.

It is not just automobile majors who are chasing the green in the green technology. The US army too has a growing need for large-format lithium-ion batteries for its light-weight, high power density battery systems.

C&D Technologies Inc is to develop large-format lithium-ion batteries in Milwaukee under a $19 million US Army contract.

C&D said it plans to develop lightweight, high-power density battery systems that also could have commercial applications down the road, for energy storage for the power grid and renewable energy applications.

C&D has invested $25 million in its lead-acid battery manufacturing operation in recent years, and it will invest another $5 million in the lithium-ion work.

Assistance for the project includes forgivable loans of $500,000 from Wisconsin and $225,000 from Milwaukee.

The project includes $1.6 million that already was appropriated by the federal government, and another $5 million that was included in a defense appropriations bill last month.

The remainder of the $19 million contract is expected over the next two years but would still need congressional approval.

Moreover, with the United States governments growing interest in lithium and it being such an important component of their green energy plan, it will become more and more advantageous for companies to control significant resources of this particularly important element.

To that end, American Lithium Minerals Inc (OTCBB: AMLM) said that it has entered into an agreement to acquire five grassroots exploration brine projects in Nevada from Gold Summit Corporation.

High demand and low supply has already pushed lithium carbonate (Li2CO3) prices to US$ 6,600.00 per ton.

Moreover, the trading action in scores of small miners, wanna-be producers of lithium, moly, gold, and rare elements has been animated, revealing a clear trend.

Check out these lithium stocks –