The catastrophic news of a large earthquake in central and south Chile on the morning of February 27, did not have any demonstrative impact on the lithium industry. The week has actually resulted in a number of positive developments for both lithium consumers and producers. 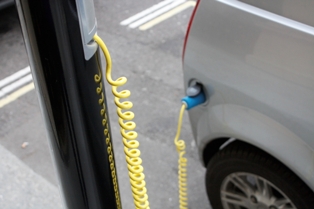 The catastrophic news of a large earthquake in central and south Chile on the morning of February 27 did not have any demonstrative impact on the lithium industry.  The week has actually resulted in a number of positive developments for both lithium consumers and producers.

On Wednesday, Panasonic’s (TYO: 6752) CEO, Fumio Ohtsubo, held a press conference in which he discussed his company’s majority stake position in Sanyo Electric Co (TYO: 6764), the world’s No.1 lithium-ion battery maker.  Based on combined revenues this allegiance represents approximately 42% of the lithium-ion battery global market.  The batteries are used to power a wide range of electronics such as notebook PCs and mobile phones as well as electric vehicles, and Panasonic plans to make an announcement in May on how to achieve synergy between Panasonic and Sanyo and how to handle business overlaps.

Pike Research has published a positive report for battery manufacturers forecasting global sales of 80 million electric two-wheeled vehicles by 2016. The worldwide electric two-wheeled vehicle market is expected grow at a compound annual rate of 9% over the next 6 years.  China’s market for e-bikes and e-motorcycles dwarfs demand from all other regions combined, and consists of 98% of the global market, despite being in the early adoption stage.

At the Geneva Auto Show on Thursday, French financier Vincent Bollore announced the launch of an electric car designed  by Italian car manufacturer Pininfarina SpA that may be available as soon as this autumn, depending on the results of crash tests.  In order to supply the energy for this car, two battery plants have recently been established in France that would each have an annual production capacity of 15,000 30 kWh batteries per year by 2013.

The Auto Show also included a demonstration of the world’s cheapest electric car.  The Indian car manufacturer Tata Motors has designed the Nano EV to accommodate 4 passengers, with a predicted range of about 80 miles and acceleration from 0 to 35 miles per hour in about 10 seconds. The car has super-polymer lithium-ion batteries, which Tata says provide superior energy retention.  Although there is no disclosure on how soon the electric version will come to North American or European markets, the Nano has been delivered to 100,000 customers in India.

On Monday, Sociedad Química y Minera de Chile S.A. (NYSE: SQM), the world’s largest lithium producer, reported that all of its production centers, including the primary port operations at Tocopilla, did not suffer any major damage as a result of the earthquake. The epicenter was approximately 1600 km south of SQM’s facilities, and consequently had no effect in the first and second regions of Chile.

On February 25, the company reported its earnings for 2009, the second highest in company history behind 2008’s results.  The reported earnings totaled US$327.1 million  or the equivalent of US$1.24 per ADR.

The company reported that its lithium market was negatively affected during 2009 as inventory optimization took place and overall consumption dropped.  The lithium business segment accounted for approximately 11% of SQM’s consolidated gross margin in 2009.  Applications related to industrial segments, such as air conditioning, ceramics and glass for construction were hardest hit in the year.

SQM forecasts that average prices for lithium may be weaker in 2010 considering the 20% price reduction announced in September, however these lower prices for lithium and derivatives should accelerate demand recovery. The potential benefit creates incentives for new applications and an opportunity to recapture market share of applications that stopped using lithium-based products because of higher prices.

The company’s Chief Executive Officer, Patricio Contesse, was bullish on the future prospects, “We are well positioned to react quickly to market changes in order to rapidly satisfy our customers’ needs… lithium based technology has made great strides as an efficient means to store and use energy in transportation systems; and new agrochemical applications for iodine will allow farmers to protect both their crops and the environment. I believe that these factors are stronger than ever and will propel the expected future growth of SQM in the coming years.”

4 responses to “BATTERIES, BIKES AND CARS”