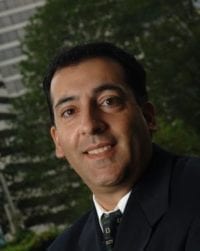 Lomiko Metals CEO Paul Gill shares his outlook for the graphite market and explains what’s next for his company.

Lomiko Metals (TSXV:LMR,OTCQX:LMRMF,FSE:DH8B) is a Canadian energy and industrial metals company with a focus on new economy minerals, including graphite and lithium. Through its wholly owned affiliate, Lomiko Technologies, the company is betting on the future of graphene, prized for its use in the electronics, 3D printing and aerospace industries.
Lomiko holds mineral exploration assets in Canada’s prestigious mining jurisdictions of Quebec and British Columbia. The company recently announced extensions to option agreements with Canadian Strategic (TSXV:CJC) on the La Loutre and Lac des Iles properties, allowing Lomiko to acquire up to 100-percent interests in both.
Investing News Network: 2016 turned out to be a slow year for graphite prices, leaving some analysts disappointed. How have graphite prices fared so far in 2017, and what is your outlook for the remainder of the year?
Paul Gill: We are in an interesting situation. China’s graphite production expanded rapidly in the 1990s and overtook the rest of the world’s supply through cheap prices. With a reduction of their exports starting in 2011, we saw a spike in graphite prices and then a decline as a supply crunch never really materialized. Now we are seeing the Chinese supply that kept prices low finally tapering off as it becomes more expensive to mine.


Give me my free report!
Big graphite producers are already taking steps signaling a price increase is imminent. The only producer with a graphite mine in North America, Imerys Graphite & Carbon, is now building in Africa and importing from Brazil to compete with exporters in India, the Middle East and some East Asian countries. We know if Imerys’ analysts are advising to invest in production, then prices are about to move upward. The increase in lithium carbonate and lithium hydroxide prices has made companies like SQM (NYSE:SQM), Albermarle (NYSE:ALB) and Rockwood a lot of money.
INN: Please explain to our investor audience the role that China plays in sphere graphite production, and what impact China and the other Asian nations have on the global market overall.
APG: China has supplied most of the world’s graphite for the last 20 years. They exported most of what they mined, and because Chinese graphite was so inexpensive, it could be economically converted into sphere graphite or the refractory bricks used in steelmaking. All that exported graphite had the general effect of pushing down world prices for two decades, which created disincentives for other groups from exploring or developing new sources. Since 2011, however, this situation has started to change with the emergence of Tesla (NASDAQ:TSLA) and other electric vehicle makers. Graphite is prized for its conductivity, among other qualities. It is used in fuel cells and anodes for lithium-ion batteries.
The growth of markets for electric cars, smart home appliances and other new technologies will push up graphite demand. The US Geological Society estimates demand for high-quality natural flake graphite will increase by 52,435.278 tonnes (or 57,800 tons) per year between 2018 and 2020.
A huge percentage of that increase comes from Tesla’s electric car battery plant in Nevada. We know now that Tesla plans to create additional plants around the world. Volkswagen (ETR:VOW3), BMW (ETR:BMW) and other groups also have plans to create electric vehicles, and they are certainly not going to rely on Tesla for batteries. Eleven new gigafactories are planned already.
This is good news for flake graphite providers with sound business models and plans to develop new resources.
INN: You touched on the lithium-ion batteries Tesla plans to produce. Would you discuss the paradigm shift that is occurring in the battery industry and the role that graphite plays in new battery technology?
APG: We certainly see lithium-ion batteries as the platform for most of these new electric vehicles. Once a company invests in capital-intensive technology such as electric car production, they have committed to it for at least 10 years, which means the demand for lithium batteries is continuing in the near future.
A good indication of what is in store for graphite is changes in prices for other lithium battery materials. The price of lithium carbonate, for example, increased from $5,000 per ton in 2014 to a peak of $19,000 per ton in 2016, before dropping to $12,000 per ton as more production came online in South America. We are seeing a similar spectacular rise in cobalt prices. The next logical step is for graphite prices to follow suit as there is a lot more graphite than lithium or cobalt in a lithium-ion battery. Statistica, a market stats website, estimates that jumbo flake graphite prices will increase anywhere between $1,500 and $2,000 per ton to $4,000 and $5,000 per ton in the next few years. 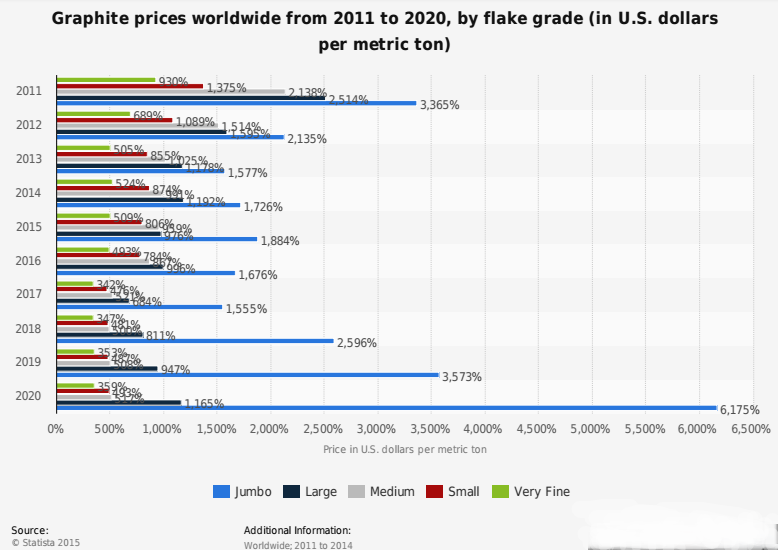 INN: What is Lomiko doing to better position itself to take advantage of the improving graphite market?
APG: Our analysis indicates there will be five graphite mines financed in the next five years. We know we need to be one of those five mines, and the way we plan to achieve that is by paying close attention to projects we know will get financed. We know Mason Graphite (TSXV:LLG) is one of those companies that will succeed in getting a new mine into production. They have $70 million raised by Morgan Stanley (NYSE:MS) and a CEO with 20 years’ experience in the graphite industry. They are already building roads and advancing projects.
Mason has graphite in the ground with grades of up to 17 percent carbon in graphite (Cg). We need to be in the same ballpark as Mason. We are drilling and recently discovered a drill hole with 14.5 percent Cg at 110 meters, indicating the presence of a significant resource we can explore further. There is also Northern Graphite (TSXV:NGC), which is well advanced, has good materials and has a bankable feasibility. Others around the world with potential include Syrah Resources (ASX:SYR) and Graphite One Resources (TSXV:GPH), but in the immediate area of North America, Mason leads the pack. We think we will be right behind them with the next significant project in North America.
INN: Lomiko has had some excellent results from the 2017 exploration program at its La Loutre property in Southern Quebec. Would you please share some of the highlights from those results and the significance for shareholders?
APG: We have already defined an inferred resource of 4 million tonnes grading 6.5 percent Cg in an open-pit deposit in the Graphene-Battery zone. We are now drilling in the new Refractory zone, and obtaining results in the range of 15 to 17 percent Cg. When we define the resource or an open-pit deposit at the Refractory zone we will have grades closer to 10 percent overall and upwards of 10 million tons of material. These are the magic numbers a company needs to get noticed and financed in this industry.
We have been talking to a lot of industry experts who were intrigued by our recently released 2016 results for La Loutre; so we know we are in the right spot with the right deposit.
INN: The La Loutre project is only 53 kilometers east of Imerys’ graphite mine, the only such mine in North America. Would you please discuss Imerys’ recent acquisition of Japanese anode producer, Nippon Power Graphite?
APG: Imerys is a multi-billion-dollar company based in France and Switzerland with mines in Africa and Quebec. We see Imerys doubling down in the battery industry and pursuing vertical integration. When Imerys first bought their North American mine, it was called the Timcal graphite mine. They rebranded it with their own name, which gives you a hint at the importance they place on their North American investment. Their recent decision to buy a Japanese anode producer also makes perfect sense. By pursuing vertical integration, Imerys has shown it recognizes where the future is headed and how to capture value down the road.
The one fatal flaw in their plan is their North American mine has been operating for 20 years and they are running out of cost-effective, near-surface deposits of graphite there. Imerys will need new, nearby sources that can supply their processing plant for the next 20 years. This is why Lomiko is working to define a graphite project for battery-grade graphite right next door.
INN: You indicated Lomiko’s strategy is to raise awareness and get on the radar of companies like Imerys. Are there any other catalysts that investors should be looking forward to in 2017?
APG: We want potential investors and shareholders to know we are one of the smallest market caps in this space with a developed story, a defined deposit and further resources undergoing definition at the Refractory zone. Our catalysts include our plan to begin a pre-economic assessment (PEA) for the property and to conduct further infill drilling that we hope will upgrade our inferred resources in the Graphene-Battery zone to the indicated category. Another catalyst is we are increasing our ownership of La Loutre. With our next payment to Canada Strategic, we will increase our ownership from 40 percent to 80 percent, and under the new deal we have the option to earn a 100-percent interest with further exploration and development.

We have a nice pathway laid out before us and we are looking for long-term shareholders who are willing to invest with a five-year time horizon to maximize profits.
CEO interviews are part of investor education campaigns for clients advertising on the Investing News Network. Important news is contextualized by CEOs, and the resulting interviews are disseminated to the Investing News Network audience because they have value to market watchers.
The Investing News Network interviews a CEO for an understanding of their perspective on the company, the investment potential of the company and market news related to the company. The information contained here is for information purposes only and is not to be construed as an offer or solicitation for the sale or purchase of securities.