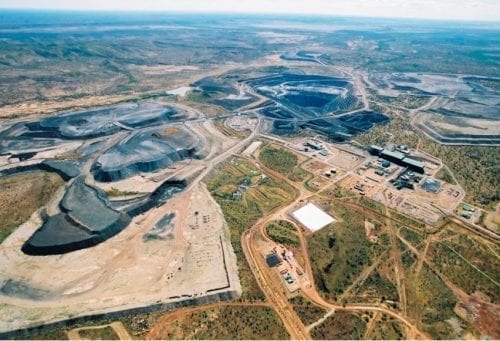 New Century Resources has announced its Century zinc mine is almost ready for first production, with significant progress made on restart operations in July.

The restart of the Century zinc mine in Queensland is nearing completion, with owner New Century (ASX:NCZ) announcing on Wednesday (August 1) that significant progress was made over July.

“Restarting of operations at the Century zinc mine [is] now imminent” and on track for first production this month, said the company in the release.

Key developments last month included the completion of mechanical components for mining as well as the associated pipeline to the port facility.

Testing at the on-site processing plant is also continuing and dredging at the nearby port of Karumba has been completed.

Karumba, on the Gulf of Carpentaria, is where the zinc produced by the mine will be shipped from to smelting facilities elsewhere in Australia as well as Asia and Europe.

In a sign first production is truly just around the corner, New Century said that mining, processing and port operations teams were now in place, “with site activities now moved from day shift only to a 24/7 schedule.”

The Century mine was sold by MMG (HKEX:1208) in 2016 after the company ceased operations in November 2015. The mine had been Australia’s largest open-cut zinc mine, producing an average of 475,000 tonnes of zinc concentrate and 50,000 tonnes of lead concentrate a year.

New Century Resources describes the closure of the mine as “an opportunity for a focused junior to monetize valuable remaining mineral assets,” which according to them included 2.2 million tonnes of zinc equivalent in tailings left over from previous operations and a million tonnes of zinc-lead resources in a number of deposits around the site.

The company aims to become one of the world’s top 10 zinc producers, and according to its restart feasibility study, the mine is projected to produce 507,000 tonnes of zinc concentrate per year at 52 percent zinc over an initial 6.3 year mine life from the tailings deposit only.

The company has been posting regular updates on progress at the mine, including offtake deals that secured its future early on.

On the Australian Securities Exchange, New Century Resources was trading at AU$1.24 at close on Wednesday, down 2.36 percent.

3 responses to “New Century on Track for August Production”