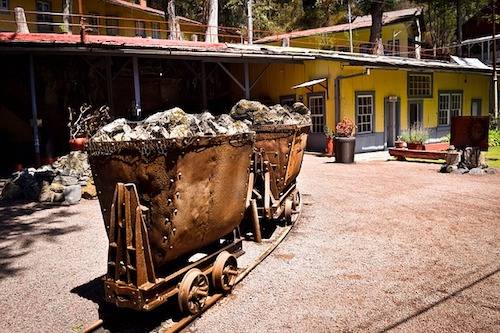 Zinc prices began the year on a high note, but have since been hammered by the trade war. Here’s a look at our top zinc news stories of 2018.

Zinc kicked off the year on a high note, but by mid-2018 the trade war between the US and China was weighing on prices as concerns about demand began to brew.

Even with global stockpiles of the metal dropping to “extreme lows,” prices have failed to respond. Unsurprisingly, our top zinc news stories of 2018 focus on prices, as well as supply and demand.

Scroll on to see which zinc news stories grabbed the attention of our investor audience, and let us know in the comments what you thought was the biggest news of the year.

Our most popular zinc news story of the year is a September article focused on how the trade war between the US and China was affecting prices. At the time, the base metal was down over 30 percent year-to-date, hammered by concerns about demand.

“A lot of [the price drop] stems back to … the trade war narrative we’re hearing about between the US and China, and the US and other groups, [and the] concern that has created with regards with near- to medium-term demand,” said Stefan Ioannou of Cormark Securities.

Despite those concerns about demand, Ioannou encouraged investors to consider zinc supply as well, pointing out that all hope is not lost for prices. “The writing’s on the wall here: we’re losing supply and there’s no new supply coming in to replace it. That’s really setting up for a supply crunch,” he said.

Before the trade war kicked in, 2018 looked like it was shaping up to be a positive year for zinc. The metal began the new year in style by hitting a 10-year high on January 2. At the time, experts identified supply as the driving force behind the increase.

“Demand growth is decent, but not spectacular from a historical perspective, which tells me this is once again a supply side issue,” said Bernstein analyst Paul Gait.

As January drew to a close, positivity about zinc was still riding high — prices closed the month up 7 percent on the back of supply worries and declining stockpiles. As mentioned, inventories hit a 10-year low during the period, and market watchers saw the declines continuing.

“Prices will stay elevated because we have a market deficit that requires inventory drawdown,” Societe Generale (EPA:GLE) analyst Robin Bhar said at the time.

This zinc news story from October wraps up the list of our top articles of 2018. Stockpiles were at “extreme lows — below the levels that were ringing industry alarm bells in November 2017,” as per Scotiabank, and demand was “healthy.” But prices were nowhere near levels seen at the start of the year.

Ioannou believes that if LME inventories hit 100,000 tonnes “things [could] get really interesting. At that point we’re talking about world supply … being somewhere under a week of global demand, so things get ‘critical,’” he said. As of mid-December inventories had sunk to just above 110,000 tonnes. Investors will have to stay tuned in 2019 to see if they reach the key mark identified by Ioannou.