The largest primary lead producer in the western world won a victory in court against lawyers representing 7 children who allegedly suffered health problems due to lead contamination in St. Francois County, Missouri. 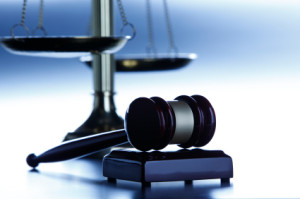 Associated Press reported that the two parties had resolved the case outside of court, meaning it will not proceed to trial. The terms of the settlement, including the amount of compensation to victims, was not made public, as per a confidentiality agreement.

The decision came just two days after the Missouri legislature over-rode a veto of a bill that limits large punitive damage awards against Doe Run for claims stemming from old lead mining operations, according to AP.

The new law bars punitive damages related to mines that operated prior to 1975, as long as the owners make “good faith efforts” to clean them up. If they don’t, punitive damages are capped at $2.5 million.

El Dolorado Springs Sun reported that the law protected 1,600 lead mining jobs and was critical for the company, which is based in St. Louis and operates a large mine in St. Francois County.

Over in Thailand, the Department of Mineral Resources is set to release a new report assessing the environmental impacts of mining lead in Kanchanaburi province, where an estimated 7.68 million tonnes of lead ore could potentially be extracted, reported Bangkok Post.

However, local Thais are nervous about the potential impacts, with fears emanating from the contamination of Klity Creek, where 10,000 tonnes of lead-contaminated sediment were found. Unexplained deaths and birth defects over the last two decade prompted local civil society groups to sue the Pollution Control Department, which was ordered by a court to clean up the area, the Post reported.

Trevali Mining Corp. (TSX:TV) came out with two good pieces of news this week, both involving its Santander zinc-lead-silver mine in Peru. On October 1st, Trevali said it started shipping concentrate from the mine to the Port of Callao, from about 4,000 tonnes of zinc and 1,000 tonnes of lead-silver concentrates stored in warehouses. A week later, the company had an exploration update. Trevali said it intersected three zones of high-grade, polymetallic mineralization that remain open for expansion. The new zones occur in the footwall of the Magistral Norte deposit.

Lead and Other Metals “Jittery”