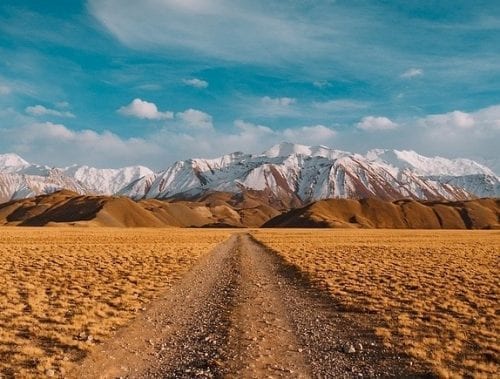 What do experts see coming for the iron outlook in 2020? Unsurprisingly, actions taken by China will be key to watch in the coming year.

Iron ore prices have come off their highest level of 2019, but are still ending on a high note.

The year was marked once again by a disaster in the space, with Vale’s (NYSE:VALE) news of a dam collapse in January remaining in the spotlight throughout the 12 month period.

As the year comes to an end, the Investing News Network is looking back at the main trends in the space and what the iron outlook is for 2020.

Iron outlook 2020: The year in review

Iron ore prices started the year trading at US$69.20 per metric ton, but soared past the US$90 mark in early February.

As mentioned, at the end of January, disaster struck again at a Vale facility, when Dam 1 of the Córrego do Feijão mine near Brumadinho in Southeastern Brazil collapsed in what CEO Fabio Schvartsman called “a complete surprise.”

The dam had a capacity of 12 million cubic meters of iron ore by-product, and had been undergoing decommissioning over the previous three years.

The disaster killed at least 250 people and was the second for Vale in less than five years — the miner’s joint venture with BHP (ASX:BHP,LSE:BLT,NYSE:BHP), Samarco, also in Brazil, collapsed in 2015, killing 19 people. It was the worst environmental disaster in Brazilian history at that point in time.

Back in April, Wood Mackenzie analysts Paul Gray and Alex Griffiths said the research firm had upped its iron ore price forecast by 22 percent to US$82 — up from its US$67 projection at the start of the year — due to the fall in Vale’s production.

“That incident is going to have long-lasting repercussions; it’s caused a massive supply shock,” said Griffiths. “Importantly, we don’t think this is a one year fix. It’s going to have multi-year repercussions. At the moment, our working assumption is that it’s going to take five years before Vale returns to the 2018 record-high production level.”

Analysts at FocusEconomics also noted in their April forecast that the iron ore market had been under even more pressure as the world’s next two largest iron ore producers, BHP and Rio Tinto (ASX:RIO,NYSE:RIO,LSE:RIO), had been battered by a cyclone, leading to lower production forecasts.

Iron ore prices continued to trend upwards during the second quarter, trading above the US$90 level and reaching US$109.18 on June 28.

The summer saw iron ore prices rally to their highest point in 2019, surpassing the US$120 mark in July on the back of concerns of a tight supply.

“The Brumadinho tragedy triggered a wave of both scrutiny and production halts by the Brazilian player; and, while the company’s second quarter report released in July revealed that production is coming back online, it could be two to three years before output returns to 2018 levels,” analysts at FocusEconomics said in another report, released in August.

According to Adam Webb, head of mining economics at S&P Global Market Intelligence, the disaster led to 90 million metric tons being pulled out of the market from Brazil.

“Alongside that, there was cyclone Veronica, which hit Australia, and that hit 40 million metric tons,” he said. “Some of that supply was replaced with production coming out of China, but that response was limited because of environmental regulations in the country.”

As a result of the supply shock, the market saw prices spike to their highest level in 2019. However, the second half of the year was not so bright, with prices correcting throughout the six month period.

“Headwinds to Chinese demand are growing, with industrial output growth the weakest since 2002 and infrastructure investment growth weakening,” analysts at Numis wrote in a note back in August. “Iron ore inventories are rising and mills’ profit margins are under pressure as falling steel prices wipe out the benefit of the drop in raw material costs.”

By the end of the year, iron ore prices were trading around the US$90 mark, with analysts expecting higher demand in the new year.

Despite the good year for prices, interest in junior miners still has a long way to go.

Matt Simpson, CEO of Black Iron (TSXV:BKI), which is developing the Shymanivske project in Ukraine, said he expects people will start to look more at fundamentals and hence the resource sector in 2020.

For investors looking at iron ore projects, Simpson reminded them that proximity to infrastructure and skilled labor costs are what make or break a project.

“This is about moving large volumes of material at low costs as opposed to the precious metals space, where ore grade is king,” he said.

As 2019 ends, investors interested in the iron ore space are wondering what’s next for the base metal.

Moving into next year, S&P Global’s Webb expects the deficit to reduce as the supply shock resolves.

For Black Iron’s Simpson, benchmark iron ore prices are likely to stabilize as more information has now come out on the timing for Brazil’s Vale to fix its massive tailings dam issues.

Next year, the company plans to finance the bulk of its US$436 million construction costs with minimal to potentially no equity coming from public market.

Meanwhile, analysts at FocusEconomics forecast that prices will fall in the coming quarters as supply normalizes following 2019’s shocks. In addition, anti-pollution measures in China and a slowing Chinese economy will likely weigh on demand.

Editorial Disclosure: Black Iron is a client of the Investing News Network. This article is not paid-for content.