By 2015 iron ore production is set to grow by 53 percent. This has worried investors that falling prices will hurt the bottom line of some of the world’s largest mining firms. Recent movements in share prices have reflected these concerns. Yet the heads of the BHP, Vale, and Rio Tinto remain confident. 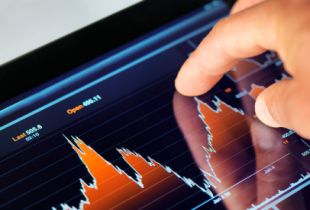 There is a growing rift between the major mining companies and investor forecasts for the future of iron ore prices. Investors are worried that a faltering economic recovery, a slowing Chinese economy coupled with increasing supply of iron ore will cause a drop in price. While mining companies, the likes of BHP Billiton (ASX:BHP), Rio Tinto (LSE:RIO) and Vale SA (NYSE:VALE) are still confident that demand will remain high supporting prices through 2015.

Most analysts point to flattening demand from China, the world’s largest producer and consumer of steel as a major factor. Iron ore makes up the bulk of revenue for these major mining firms. However, the lack of investor confidence concerning the Chinese and global economy is affecting steel demand,  and the share prices for iron ore mining firms are on a downward trajectory.

The increased supply of iron ore will come from Brazil and Australia. For instance, BHP’s Pilabra projects in Western Australia are set to increase production dramatically over the next decade.

Ian Ashby, President of BHP’s iron ore division stated his company is “setting a long-term production target of 450 million tonnes of iron ore a year to full exploit the potential of his division’s assets.” He added that BHP is well positioned for a drop in prices as the company’s production costs remain below $40 per tonne.

The increase in supply, estimated to increase 53 percent by 2015 has prompted analysts to take a bearish outlook for iron ore prices, and consequentially the earnings potential for the mining firms.

“Global prices may fall 29 percent to an average $123 a metric ton in 2015 from a record $173 this year, according to the median estimates of 10 analysts surveyed by Bloomberg News. The survey also stated that reduced ore prices will cut the income of BHP and Vale as much as 50 percent by mid-decade.

However, the dramatic increases in supply have not changed the optimistic outlook of the mining companies.

Sam Walsh, head of Rio Tinto’s iron ore division recently commented on the demand for iron ore “They are still very good price and we are shipping flat out.” He added that he has had to smile at recent reports pointing to falling iron ore prices. Walsh also cited that the bulk of the new capacity will not come online until 2015, supporting prices over the next four years.

Analysts with Goldman Sachs expect the price for iron ore to remain high through 2013, only dropping as the new supply comes online. Standard Chartered shares this outlook, expecting prices remain high, over $180 in the same period. The bank stated the iron market to “move into balance in 2015, iron ore should average at $123/ton between 2018 and 2026,” said analyst Judy H. Zhu.

Chinese steel manufacturers have been unhappy with the changes to iron ore pricing instituted by the major mining firms. Last year, the companies changed the annually pricing system to a quarterly and even monthly system they said better reflected market conditions. This is a major issue in China because the country is reliant on foreign sources of ore, importing over 62 percent of its supply.

In an effort control iron ore prices in China, the country has started its own index that measures both domestically produced and imported iron ore. The index will be compiled by the China Iron and Steel Association (CISA), the China Chamber of Commerce of Metals, Minerals and Chemical Importers and Exporters, and the Metallurgical Mines’ Association of China. The import price data will be taken from 8 ports, domestic prices will include 14 iron producing provinces.

Currently the trade of iron ore is based on three indexes; The Steel Index, the Metal Bulletin Iron Ore Index, and the Platts Iron Ore Index. It is still unclear how long it will take the new Chinese index to gain acceptance on the international market. However, Chinese steel producers are hoping that it will help in negotiations for iron ore contracts.

I, Michael Montgomery, hold no positions in any of the companies mentioned in this article.