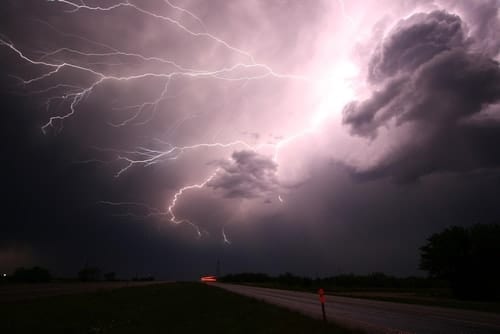 Mining majors Rio Tinto and BHP have announced the impacts their Western Australian iron ore operations will see in 2019 following a tropical cyclone.

In the aftermath of Tropical Cyclone Veronica, mining majors Rio Tinto (ASX:RIO,NYSE:RIO,LSE:RIO) and BHP (ASX:BHP,NYSE:BHP,LSE:BHP) have announced the production impacts their Western Australian operations will see this year.

In a statement released Monday (April 1), Rio explained that its iron ore operations in Western Australia’s Pilbara region are steadily coming back to life now that Veronica has passed through the area.

Initial inspections revealed that Rio’s Cape Lambert A port facility sustained damage from the cyclone, causing the company to declare force majeure on some of its contracts.

Between the production disruption caused by the cyclone, the damage sustained at the port and the damage at Cape Lambert A from a fire in January, Rio anticipates production to drop by 14 million tonnes this year.

“As a result, Rio Tinto’s Pilbara shipments in 2019 are expected to be at the lower end of the 338 and 350 million tonnes (100 percent basis) guidance provided,” the statement reads.

Rio’s iron ore presence in the Pilbara includes 1,700 kilometers of rail, 16 mines and four port terminals, with the Cape Lambert A terminal primarily loading products from the company’s Robe River and Yandicoogina assets.

On Tuesday (April 2), fellow major miner BHP announced that it has also begun ramping its Port Hedland operations in Western Australia back up after a temporary suspension in light of Veronica. The company did not see any significant damage, but noted that isolated flooding on site and on areas of the rail leading to the port have limited train mobility.

As such, the company’s port is currently operating at reduced rates; BHP does not expect to return to full capacity until later this month. The preliminary estimate of production impact from Veronica is docketed at 6 to 8 million tonnes on a 100 percent basis.

BHP’s Western Australia operations — collectively dubbed Western Australian Iron Ore — are what the company calls an “integrated system.” They consist of four processing hubs and five mines, all connected by over 1,000 kilometers of rail infrastructure and port facilities in the Pilbara.