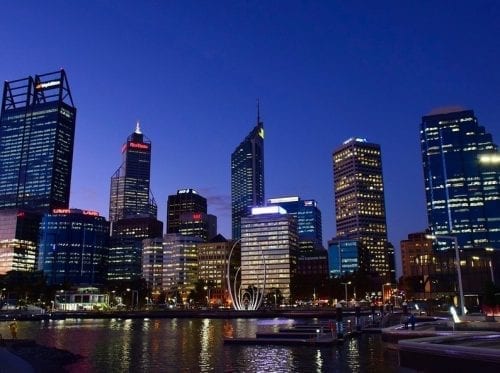 The two companies are partners on the Sino iron project, which is operated by CITIC but located on land owned by Mineralogy.

Clive Palmer’s Mineralogy and Chinese state-owned CITIC (HKEX:0267) are wheeling out the artillery, launching separate legal actions within days of each other over the Sino iron project in Western Australia. The new battle is unrelated to a previous royalties claim.

The two companies are (apparently unwilling) partners in the project, which is operated by CITIC but located on land owned by Mineralogy.

In an October 19 release, CITIC said that it wants to expand operations as Sino iron is at capacity. It needs Palmer and Mineralogy to play ball, and launched its action against them to “compel the approval and submission of proposals” necessary to achieve that goal.

“Sino Iron has reached a stage where further approvals are required to permit mining and processing operations to continue,” the company said.

CITIC also said it has shipped over 50 million wet metric tonnes of magnetite iron ore concentrate since 2013, and that the project has a life of over 30 years.

Further, CITIC explained that Mineralogy has been withholding approval of mine continuation proposals and is not cooperating with CITIC and subsidiaries in submitting proposals to the Western Australian state government, “despite repeated requests … since 2016.”

Under a deal struck between CITIC and Mineralogy in 2006, CITIC has the right to mine up to 6 billion tonnes of magnetite iron ore from the Sino iron project. All submissions to the state government require Mineralogy to be involved, so without its consent no progress can be made.

Chen Zeng, CEO of CITIC’s local subsidiary CITIC Pacific Mining, expressed the view that “Mineralogy’s ongoing failure and refusal to submit the proposals and take the other steps requested of it has caused, is causing and will continue to cause loss and damage to CITIC subsidiaries.”

He added, “initially this has led to significant increased costs in planning, developing and operating the project. The ultimate effect will be a substantial reduction in the scope of operations of the project.”

Ominously, he said Mineralogy’s lack of engagement “may result in the suspension of those operations.”

Cheng continued, “[w]e’re taking this action in the interests of shareholders, our dedicated local workforce and vendors and the wider Western Australian community. Having achieved so much, we’re committed to doing everything possible to secure the project’s long-term future.”

Palmer, who owns Mineralogy, clearly disagrees with Zeng on that last point though, launching his own legal action against CITIC on Monday (October 22), claiming that the company has not been investing in rehabilitation at the project for its entire 12-year run.

“So the people of Western Australia have got no protection against the environmental damage that they’ve done at Cape Preston,” he told the Australian Associated Press. “Now we’ve got to go to court to enforce that.”

Palmer says that CITIC should have put AU$500 million into a remediation fund for the project (so far).

According to Palmer, relations between CITIC and Mineralogy are so bad that Mineralogy workers are not permitted to enter the site. As mentioned, the two companies have already fought a previous pitched battle over royalties at the project, which Minerology won but CITIC appealed.

Given that by CITIC’s own admission, all approval submissions to the state government require Mineralogy’s cooperation, the two have a lot to work out.

Palmer is spending plenty of time in the news, with his long-touted Titanic II project back on the radar (or is it?) after he reminded reporters that the project existed by announcing it was delayed until 2022.