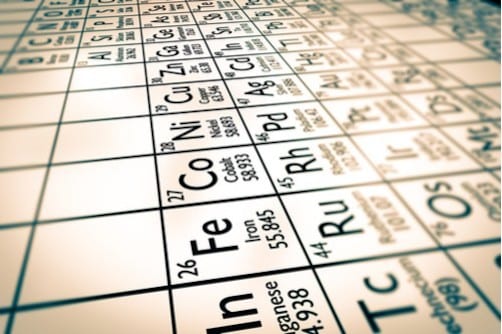 It’s been a hard week for most of the base metals, with the majority taking a hit as November draws nearer to a close.

Lead had a similar week to copper, spiking on Wednesday but ultimately falling to a weekly low on Thursday. Lead started the week trading for US$1,975 per metric ton and spiked to US$1,995 on Wednesday only to fall to US$1,972 on Thursday, representing a 0.15 percent drop over the period.

Nickel dropped this week as well, with the metal reaching its weekly low on Wednesday at US$14,305 per metric ton. Nickel started the week on Monday (November 18) at US$14,750 and ended the week on Thursday trading for US$14,405, decreasing by 2.34 percent over the week.

Unlike the other metals, iron had a strong week, increasing by 0.75 percent. On Monday, iron traded for US$82.93 per metric ton and ended off the week on Thursday trading for US$83.55.

Norilsk Nickel (MCX:GMKN) announced its intention to decrease shareholder dividends between 2023 and 2025 as the company focuses on investing in new projects. The company would return to the current level of dividends before the end of 2030.

The government of Indonesia hopes to have completed environmental studies required for factories to produce battery-grade nickel chemicals by the end of 2019.

Some of the delays for the approval were due to Indonesia’s effort to revise rules on managing waste at high-pressure leaching plants, but the government hopes to have a ruling on it by the end of the month.

Global miner Rio Tinto (ASX:RIO,LSE:RIO,NYSE:RIO) denied claims made in administrative court that the government of Mongolia did not follow due process regarding processing permits at the Oyu Tolgoi project, as alleged by the non-government organization Darkhan Mongol Nogoon Negdel.

The Oyu Tolgoi mine has the potential to become one of the largest copper mines in the world, featuring both open-pit and underground components, which would yield an annual output of 500,000 metric tons of copper.

Canadian mining company Teck Resources (TSX:TECK.A,TSX:TECK.B,NYSE:TECK) announced that it had hired Barclays (LSE:BARC,NYSE:BCS) to sell all of its stake in the Zafranal copper asset in Peru. The project could go for as much as US$500 million, but requires an investment of over US$1 billion to start production.

Meanwhile, the Financial Times reported that Odey Asset Management has called for closer oversight over the iron ore market in Asia, concerned that the global market is being influenced by trading houses unfairly.

“It is quite clear that the three (iron ore) markets are being gamed by some trading houses in Asia,” said Henry Steel, portfolio manager at Odey Asset Management, in an interview with the Financial Times.

Zinc Exploration in the Mining-friendly Jurisdiction of Spain
Tough Times Ahead for Nickel Producers as EV Demand Grows
Top Uranium Mines around the World
Steppe Gold Limited Announces Its Financial Results for the Quarter Ended March 31, 2020