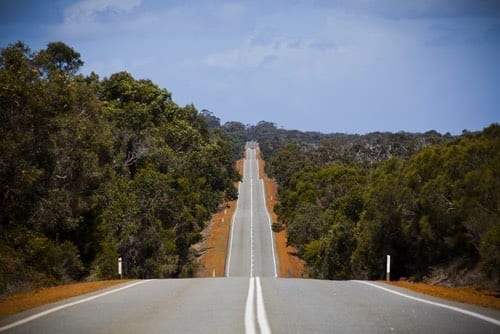 The Investing News Network takes a look at Australia mining trends for 2019, with a macro view of the issues that came to the fore.

Globally, the overall trends in the resources industry in 2019 were the ongoing impact of the US-China trade war coupled with general uncertainty — as shown by the rising gold price and a mixed bag of results across base metals.

For Australia, it was a year that saw the resources industry holding up the numbers in the country’s economy, with mineral exports keeping the national budget in a surplus (albeit a thin one) and out of a recession, despite faltering national economies the world over.

Overall, the country’s government forecasts that its mining export revenue will be a cool AU$282 billion for the 2019/2020 financial year, a record number.

Even so, analysts approached by the Investing News Network (INN) agreed that 2019 was not an easy year for the sector, talking of growth, but difficulty in financing. Read on for more of their thoughts on Australia mining trends this past year.

To sum up attitudes, Owen Hegarty, who is executive chairman of EMR Capital, told INN at the International Mining and Resource Conference (IMARC) in November, “The trend in 2019 was one of consolidation — the world has seen a few ups and downs, a few humps, bumps and Trumps.”

Hegarty pointed to all the usual suspects impacting the industry: the trade war, the ongoing uncertainty of Brexit as the year wore on and, of course, US President Donald Trump himself.

Despite a year of caution and uncertainty, Hegarty said that there is still good, strong demand for resources around the world.

“You’ve still got demand in the developing economies, in China, India and Indonesia. All of those countries that are near (Australia). They are all good and growing.”

Warren Pearce, CEO of the Association of Mining and Exploration Companies, said that sentiment was more positive in the lead up to 2019, but the year only partially held up to expectations.

“Heading into 2019, we were confident that the coming year would see a strong recovery for the mining and exploration industry, but that has only partially occurred,” he said.

“Strong commodity prices generally have certainly buoyed mining companies and spurred growth and expansion efforts, (and) exploration has continued to grow. However, over the course of the year, we have seen the balance between greenfield and brownfield exploration shift towards brownfield as explorers struggle to raise capital for greenfield projects.”

For his part, Pearce commented, “(This has) partly reflected the fortunes of the industry, with 2019 seeing an extremely difficult investment environment for the resources sector, primarily driven by ongoing uncertainty in the global economy.”

Paola Rojas, managing director of Synergy Resource Capital, said that the two main themes of 2019 in the development of the industry were lithium’s volatile story and the shift away from thermal coal, which she said she doesn’t think is a temporary shift.

“Australia’s energy matrix is still heavily reliant on (coal), but climate change concerns continue to provide incentives to divest from the sector, including shutting down plants.”

That said, Rojas expressed surprise that the Carmichael coal mine in Queensland was approved in 2019.

The other change she noted was the shift to new energy sources and the concurrent decrease in lithium prices — and, given Australia is the world’s largest lithium producer, this is having an impact.

“The increased availability of lithium globally has affected the local miners, pushing valuations to terribly low levels,” she said. For investors, this is noteworthy, said Rojas.

“There are some great opportunities in the space, and also with cobalt and nickel. I believe next year will be ripe with (mergers and acquisitions) in lithium, albeit not only in Australia.”

When asked about the biggest developments in the Australian resources industry over the last 12 months, Rojas said Australian miners have been focused on getting into production, rather than doing exploration and “adding up value to their deposit so they get acquired by a major” like Canadian companies.

Rojas believes the traditional financing model for junior and intermediate companies is “dead.”

“Investors are reluctant to invest when it is a pure gamble as it’s been in the past, adding up that both cannabis and cryptocurrencies are competing for those investors with tolerance for high-risk alternatives (and winning),” she said. “I think juniors should take a page out of the tech startups’ book and come up with a pathway to cash flow, either through their projects or some other adjacent option. In my mind, grade is not king, cash flow is.”

Willem Middelkoop, who is the founder of the Commodity Discovery Fund, told the Investing News Network that heading into 2019, he had expected a broader recovery in metal markets. “This might happen in 2020,” he commented.

When asked about the main theme in the Australian resources industry, Middelkoop said that the “very high margin for gold miners” is hard to go past, while the biggest developments in the year were mergers and acquisitions across the sector overseas, some of which impacted Australian companies.

“This trend could continue in 2020,” said Middelkoop.

Looking more closely at the states, David Smith, who is the director general for Western Australia’s Department of Mines, Industry Regulation and Safety, argued that the industry is alive and well despite general media coverage saying the mining boom in Australia is over.

“There’s been a reduction in activity associated with construction, but now what’s come onstream is the production as a result of the investment that was put in place to deliver,” he said.

Here’s a look at some of the big stories over the year in Australian mining.

In January, the collapse of the Brumadinho tailings dam in Brazil killed 256 people, and another 14 are missing and presumed dead. The tragedy may have happened in South America, but it greatly impacted the Australian economy. This is because it propped up income from iron ore exports as the price of iron ore rocketed in the immediate aftermath, and took hundreds of thousands of tonnes of iron ore output offline for the dam’s owner, Vale (NYSE:VALE) — a direct competitor with Australia’s iron ore giants.

April to June: Election brings EVs and nuclear to the fore

In the next three months, Australia was hit by a cyclone that trimmed Australian iron ore output, while the mid-May federal election sucked a lot of oxygen.

The election lurched from issue to issue. At one point, the incumbent prime minister talked up nuclear power, but then back pedalled extremely fast following backlash, and electric vehicles (EVs) made an appearance in a culture war-like argument over what Australians want to drive to work. Not losing focus over the course of the election was the future of coal in Australia; it was always top of mind over the course of the election as Queensland inched towards approving the Carmichael mine.

In Q3, Australia was still talking about how it could step in to fill the gap left by Vale, while attentions within the sector were turning back to rare earths again, with Australia in talks with the US.

It was mostly a quiet quarter, with the world’s only major rare earths producer outside of China, Lynas (ASX:LYC,OTC Pink:LYSCF), sniffing around Kalgoorlie looking to establish a rare earths processing plant — something that was locked in during the fourth quarter.

In the last quarter of the year, protest politics came to the fore, as police in Melbourne were accused of excessive violence against climate protesters outside IMARC.

Meanwhile, Australia and the US signed a formal agreement to begin cooperating on their respective critical mineral supplies. While Australia does not mention China in its release, the US has made it clear that it’s looking for alternative partners — like Australia.

The Minerals Council of Australia (MCA) took the opportunity to close out the year by reminding policymakers and the general public that it likes nuclear energy and wants the onerous regulations on exploration and development to be lifted, along with the outright ban on nuclear energy generation. According to the MCA, the public feels the same way.