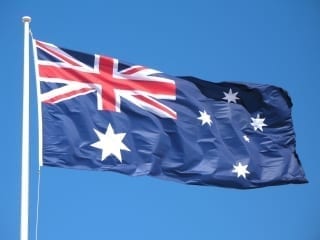 For investors focused on the resource space, a good way to track companies listed in Australia is to look at the S&P/ASX 300 (INDEXASX:XKO). The index includes all S&P/ASX 200 (INDEXASX:XJO) companies as well as about 100 smaller-cap companies, and as of April 2015 accounted for 74 percent of the Australian equities market. Specifically, the S&P/ASX 300 Metal & Mining (INDEXASX:XMM) division is a great source for companies to watch.
The Investing News Network is thus profiling companies on the S&P/ASX 300 Metal & Mining index. This week’s companies are Silver Lake Resources (ASX:SLR) and Panoramic Resources (ASX:PAN).
Silver Lake is an exploration and gold production company that is based in Western Australia. Its land position there currently covers 5,500 square kilometers of highly prospective underexplored land containing gold, silver, copper and zinc. Silver Lake’s core asset is its Mount Monger operation, located 50 kilometers southeast of Kalgoorie in the Eastern Goldfields district.

The company recently released its 2016 full-year exploration strategy, which outlines a number of planned drill programs. Those include 22,000 meters of underground drilling on seven target areas at the Daisy Milano operation, surface exploration at the Mount Monger operation, as well as 6,000 meters of exploration diamond drilling at Mount Monger to target new gold zones and confirm significant strike extensions.
Panoramic Resources is also a Western Australian mining company. It owns and operates two underground nickel sulfide mines. The company has also added gold, platinum and palladium to its asset base as “part of [its] stated strategy designed to diversify [its] income stream and build a sustainable future for the company.”
Most recently, the company announced the sale of its 70-percent-owned Mount Henry gold project to Metals X (ASX:MLX) for AU$24.75 million. Panoramic also just released its quarterly report for the period ended June 30, noting that its Savannah mine put out 2,348 tonnes of nickel in concentrate. Meanwhile, its Lanfranchi mine produced 2,233 tonnes of nickel in ore.