Despite U.S. farmers move to plant more corn this spring, supplies will remain tight through 2012, according to the U.S. Department of Agriculture’s chief economist Joe Glauber. As the price of corn rises, so does the incentive for farmers to fertilize their crops; good news for potash and phosphate prices. 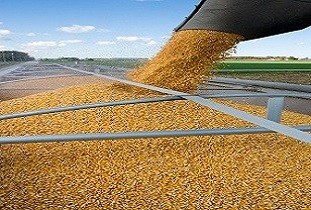 Despite U.S. farmers move to plant more corn this spring, supplies will remain tight through 2012, according to the U.S. Department of Agriculture’s chief economist Joe Glauber. “To think we’re at a 5 percent stocks-to-use ratio, to get stocks-to-use ratio for corn up to 10 percent or 13 percent, you’d have to bring in a lot of acres,” Mr. Glauber said. “I don’t think you’re going to get up to those levels in one year.”

This week, the USDA released their monthly crop report, in which they proclaimed that corn supplies in the U.S. will match lows not seen in 15 years. The U.S. Department of Agriculture cut its estimate of how much corn would be in U.S. stockpiles at the end of August by 9 percent to 675 million bushels. This bigger-than-expected cut sent futures soaring to more than 2½ -year highs Wednesday.

The 2011 and 1996 crop years are “really the only comparisons in modern history,” said Jerry Norton, grains analyst with the USDA’s World Agricultural Outlook Board. Exports were a fraction of total use in the 1930s making it difficult to compare. Supplies as a percentage of usage have fallen below 10 percebt in only four years since 1960, Mr. Norton said.

Corn, wheat and soybeans are prime examples of fertilizer-intensive crops; crops that require a great deal of fertilizer applications in order to grow to their prime condition. As the prices of these grains go up, so does the incentive for farmers to fertilize their crops. This in turn is good news for potash and phosphate prices.

The USDA left wheat and soybean estimates unchanged, despite the fact that futures contracts for the two crops climbed on concerns that less corn in the U.S. would cause global grain supplies to further dwindle. Corn supplies are declining as strong demand from ethanol producers is rekindling the debate about using food as fuel. On Feb 14th the USDA will release its annual agriculture industry outlook. This document will contain projections through 2020.

“Agrium’s record results in the fourth quarter of 2010 are an illustration of Agrium’s earnings power across the value chain as we continue to take advantage of the strength in global agricultural fundamentals,” said Mike Wilson, Agrium President and CEO.  “Global crop prices and margins are expected to remain well above historic levels in 2011 as a result of very low global grain stocks, providing continued support for the entire crop input market.” The fourth quarter earnings were the second highest in the company’s history.

Meanwhile, the plan to aggregate the world’s second largest potash company will move forward. Shareholders of Russian fertilizer producers Uralkali and Silvinit have approved the companies’ $1.4 billion merger. Uralkali will buy about 20 percent in Silvinit for $1.4 billion and will purchase the rest of the company through an issuance of new shares.

As a sign of how bullish sentiment is over the fertilizer markets near term outlook, Australian-listed Celamin Holdings Inc. (ASX:CNL) announced today that an unnamed fertilizer manufacturer had contracted to take all the output from the stage one development of the Bir El Afou project in Tunisia, before the company has completed a pre-feasibility study. The first mine output is targeted for the end of 2013; a pre-feasibility study is currently under way. Celamin has other interests in Africa, including the Chaketma deposit, which Celamin claims has greater potential than Bir El Afou, and a lead-zinc target in Tunisia.

K+S Ag, one of the world’s largest fertilizer suppliers, announced Monday that it has acquired more than 90 percent of Potash One Inc. (TSX:KCL) stock and plans to acquire the remainder under compulsory acquisition rules. K+S said the additional 9.3 percent of Potash One shares, purchased under its takeover offer of $4.50 per share, raised its stake to just over 87.8 million shares, or 90.9 percent. The takeover deal, announced last November, was originally scheduled to expire Jan. 18, but was extended to Feb. 4. The cash offer was a 31.3 per cent premium over Potash One’s 10-day weighted average price as of Nov. 19.