PotashCorp has already expressed its disappointment with the news. It pointed out that “changing the rules midstream impacts the ability of our shareholders to earn a fair return on their capital and undermines Saskatchewan’s relative competitiveness.” 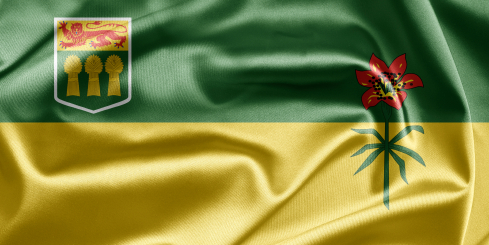 Saskatchewan, the world’s largest potash producer, has been criticized in the past for its inefficient potash taxation system, with detractors describing it as a hindrance to the province’s revenue.

It seems that criticism didn’t fall on deaf ears — on Wednesday, the Saskatchewan government announced plans to double its take from the potash industry. Specifically, it’s made the decision to change the way the industry uses tax deductions for capital expenses. The treasury expects to take in $148 million more in potash revenue as a result, bumping its intake to nearly $800 million in 2015 — that’s compared to just $400 million in the 2014/2015 budget.

The tax boost is partially aimed at offsetting the financial hit the province is taking due to its loss of oil revenue, which is expected to drop from the 2014 projection of $1.6 billion down to $903 million for 2015/2016. Potash producers’ increased revenue due to higher potash prices is another reason funds going to the government will be higher this year than last.

While this financial readjustment has already gotten producers like PotashCorp (TSX:POT,NYSE:POT) calculating their expected losses, Finance Minister Ken Krawetz stated that “the change to the potash rules this year is only an interim step that will be followed by a review of the entire potash royalty and taxation regime.” That means there are more changes to come.

Flawed system could use a makeover

For those wondering why Saskatchewan’s potash taxation system has faced criticism, a report written by Duanjie Chen and Professor Jack Mintz outlines exactly what makes it so inefficient. A key issue cited in it is the different treatment of companies that began operations before and after 2002 — post-2002 companies are taxed on a maximum of 75 percent of their sales compared to pre-2002 operations, which are taxed on an amount equating to their average sales in those years. Because of that difference, “you get this anomaly of differential tax burdens depending on when you existed. And that’s not a level playing field,” Mintz told Resource Investing News in January.

Mintz also highlighted the overly complex nature of Saskatchewan’s potash tax system, which includes a production-based royalty, a potash-production tax consisting of a base payment and a profit tax as well as a revenue-based surcharge targeting all resource extractive sectors. According to the report, “these levies are designed to interact with each other and, in particular, the two-layer potash tax is embedded with tax incentives under various conditions, such as investment sizes and production volumes, varying by project vintage.”

Considering all those points, it seems apparent that the system requires readjustment to create more clarity and align the systems used to tax post- and pre-2002 operators. Having said that, PotashCorp has already expressed its disappointment with the news, pointing out that “changing the rules midstream impacts the ability of our shareholders to earn a fair return on their capital and undermines Saskatchewan’s relative competitiveness.”

The company also stated that the Saskatchewan government should opt for a “constructive and consultative review process” when evaluating its potash taxation system moving forward.

While it is unclear if and how the new taxation system will influence potash companies in Saskatchewan that are not yet producing, those that are have already felt its effects. PotashCorp’s share price was down 3.32 percent, at $40.97, as of 3:45 p.m. EST; meanwhile, Agrium’s (TSX:AGU,NYSE:AGU) share price had fallen 2.29 percent, to $136.75. Mosaic’s (NYSE:MOS) had also dipped, sinking 2.59 percent, to hit $46.32.

Saskatchewan’s taxation news wasn’t the only big change to hit the potash space this week. On Thursday, Belarusian Potash Company (BPC) signed an agreement to supply China with potash for a price of $315 per tonne, including shipping costs.

The price agreed upon has been criticized by the company’s largest competitor, Russia’s Uralkali (LSE:URALL); the company considers the deal to be “significantly” less than possible. Oleg Petrov, head of sales and marketing at Uralkali, believes that if BPC had held off for a couple more weeks it would’ve received a more profitable price, but unsurprisingly, Elena Kudryavets, head of BPC, disagrees.

“Signing the contract later than March would be disastrous for the market,” she said. “The agreement will serve as a positive signal to the market, help to make it more active, boost stability and confidence of all participants.”

Whether further contracts will follow remains to be seen, but market watchers will no doubt be keeping a close lookout.