Potash prices have been slow to rebound a year following Uralkali’s exit from Belarus Potash Company. That could cause trouble for BHP Billiton as the miner looks for a partner for its proposed Jansen potash mine in Saskatchewan. 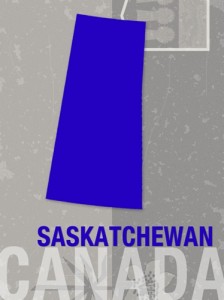 This week, BHP Billiton (NYSE:BHP,ASX:BHP,LSE:BLT) announced that it plans to spin off some US$16 billion in businesses in order to focus on iron, copper, coal, petroleum and possibly potash. However, the company has said that the current state of the potash market may be an extra hurdle in terms of making the crop nutrient its fifth pillar.

As Bloomberg reported on Tuesday, the miner sees current potash prices as a deterrent for prospective partners for its Jansen project. The proposed mine is located in Saskatchewan, Canada and could become one of the world’s largest potash mines.

Since Russia’s Uralkali parted ways with Belarusian Potash Company last year, potash prices have been slow to rebound. Although there was some stronger market sentiment earlier this year on dwindling producer inventories, the problem of oversupply still remains the biggest risk for the industry, as noted in a July 22 article from The Motley Fool.

Case in point: Potash Investing News wrote back in June that Uralkali was looking to mitigate the potash oversupply problem by cutting its 2014 production target in order to support prices. At the time, the company announced plans to keep an eye on the market when setting its production levels moving forward. However, PotashCorp was still planning to up its potash production.

As MINING.com states, prices for potash dropped to roughly $300 a tonne by December 2013 — a 30-percent drop that brought the commodity to a six-year low. Prices have climbed back to roughly $350 per tonne, but experts are saying that BHP needs a potash price closer to $500 per tonne in order to cover its construction costs for Jansen.

Not in a hurry

According to Bloomberg, Citigroup (NYSE:C) analysts have estimated the cost of developing Jansen to be around $16 billion, and BHP is certainly still on the lookout for a partner to develop it. However, BHP CEO Andrew MacKenzie told reporters, “we are not in a hurry and we have to take account of how current market conditions have perhaps made some of the potential partners less interested than they might have been. It’s a long-term game for us.”

The CEO also told the news outlet that things are currently going slowly at the project in light of current market conditions, but seemed to highlight the fact that BHP is definitely still moving ahead at Jansen. Construction of a mine shaft is proceeding at the site, “steadily but surely,” according to MacKenzie, and the miner expects that confidence could increase in the project as the potash market improves.

DuSolo Fertilizers (TSXV:DSF) received the required operating and environmental licenses for its Direct Application Natural Fertilizer processing facility in Brazil this Tuesday. Although the facility has been found to have little environmental impact, therefore requiring no additional wildlife compensation activities, DuSolo has built a greenhouse facility near the mine site in order to help preserve and revive native plant species.

Last Wednesday, Verde Potash (TSX:NPK) provided an update on its ThermoPotash plant, reporting that the Brazilian Development Bank has briefed it on its available lines of credit.

Verde’s president and CEO, Cristiano Veloso, stated, “[i]n today’s markets, companies are facing chronic uncertainty with regard to the source of their project’s construction funding. With the support of the Brazilian government and BNDES, Verde has a clear pathway to secure funds and start construction as soon as it obtains standard regulatory approvals.”

On Tuesday last week, Potash Ridge (TSX:PRK) received the large mining permit for its Blawn Mountain sulfate of potash project, a significant accomplishment for the company. Potash Ridge has only one major permit still to be addressed, according to a statement in last week’s release from CEO Guy Bentinck, and that permit will be addressed as part of the company’s upcoming feasibility study.

Finally, Allana Potash (TSX:AAA) announced that it has engaged AMEC Americas to complete front end engineering and design for its Danakhil potash project in Ethiopia. That work will be completed on the 1-million-tonne-per-year project as preparation for the anticipated completion of financing for the project and the expected start of construction. The work is expected to take roughly six months to complete.

Securities Disclosure: I, Teresa Matich, hold no investment interest in any of the companies mentioned.