By Leia Michele Toovey- Exclusive to Potash Investing News
With potash poised for a rebound, major players in the mining world are positioning themselves to benefit for the next bull-run. Analysts predict the global potash market will probably see the beginning of a “large” recovery starting in April, when major planting seasons get under way.
After abstaining […] 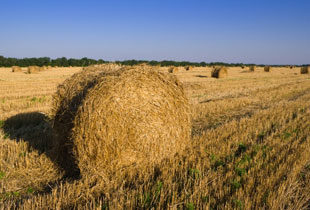 With potash poised for a rebound, major players in the mining world are positioning themselves to benefit for the next bull-run. Analysts predict the global potash market will probably see the beginning of a “large” recovery starting in April, when major planting seasons get under way.

After abstaining for two years, farmers have depleted stocks and are keen to increase applications this year to revitalize soils. Suppliers of the crop nutrient are sold out for February; a clear sign of resuming demand. After years of being a commodity produced mostly by companies with sole interests in potash, the major mining conglomerates have recently expressed interest.

In fact, both BHP and Vale have said that the plan to be “a major global producer of potash.”  Announced today, BHP Billiton (NYSE:BHP), the world’s largest mining group, has agreed to pay $322.6 million to buy Canada’s Athabasca Potash Inc.

BHP agreed to pay C$8.35 per share in cash for Athabasca, a 25 per cent premium to Athabasca’s closing price of C$6.70. Athabasca owns a property next two BHP”s Jansen project. On January 19, BHP approved US$240 million of capital expenditure to be used for the first stage of development on the Jansen potash project.

Vale (NYSE:VALE) has also “put its money where its mouth is”- and this week signed a deal worth $3.8 Billion to acquire 100 per cent of Bunge Ltd’s fertilizer assets.  The purchase will include phosphate rock mines and assets in Brazil, and Bunge’s 42.3 per cent stake in Brazilian fertilizer producer Fertilizantes Fosfatados SA.

The move will help Vale achieve two goals, one to become a global fertilizer supplier, and two to help Brazil achieve its goal to reduce its dependency on imports.  “This transaction is instrumental to the consolidation of Vale’s strategy on focusing on Brazil as the main market for its production of phosphates, given the potential of the acquired mines,” Vale Chief Executive Officer Roger Agnelli said in a statement.

While the “big boys” are joining the potash market, the world’s largest fertilizer producer announced some less than stellar results from 2009. Potash Corporation of Saskatchewan (TSX:POT) announced for the full year 2009, the company reported net income of C$612 million compared to C$607 million in the year-ago period. Earnings per share were C$3.67, down 6 per cent from C$3.91 last year, while adjusted earnings decreased 31 per cent to C$2.76 per share, from C$3.99 per share in the prior year.