Potash’s value was hard hit by the economic downturn as investors abandoned agricultural commodities. The recovery for the crop nutrient has recently been underway; and with spring planting in the northern hemisphere just around the corner- things are bound to heat up. 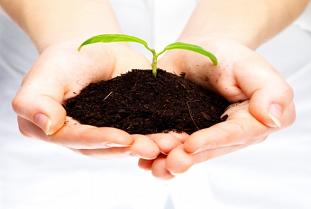 Potash’s value was hard hit by the economic downturn as investors abandoned agricultural commodities.  Demand plummeted as potash’s long soil half life made cashed strapped farmers reluctant to apply the nutrient to their fields.  The recovery for the crop nutrient has recently been underway; and with spring planting in the northern hemisphere just around the corner- things are bound to heat up.

Analysts and producers are confident that the market hit bottom late in December 2009; and since then a slow recovery has been underway. A sign that the supply and demand balance has been turning around: stockpiles have been on a steady decline.

Analysts, producers, and consumers are closely monitoring potash contracts, to predict what moves the market will make.  Potash contracts are unique compared to other commodities in that buyers and sellers agree to longer-term, set price contracts, rather than using a spot market.  The latest contract to be inked is between Israel Chemicals Ltd, and India.  The contract is for one million tonnes of potash at $370 per tonne.  The price of the contract is very typical in today’s market, but it’s the volume that’s so impressive. Israel will supply India with enough potash through March 2011, a deal worth $370 million. Deliveries will begin in April. Although the price is well below the $460 per tonne bid in last year’s potash contracts with India, it is $20 per tonne higher than in contracts signed earlier this year with China, and with the volume of the contract it’s worth more cash than usual.

An analyst at Merrill Lynch commented that although potash prices are slowly stabilizing, the willingness of companies to sign long term deals is clear evidence that a swift recovery could be just around the corner.  The fact that purchasers are willing to front the cash to lock in the current prices is evidence that they believe a price increase is around the corner.  For the producers, settling a lower price contract has some appeal because it is a guarantee of cash, in the current “cash is king” market.

The other deals recently inked have been for the same price. Canpotex, a marketing group representing North American potash producers including Potash Corp. of Saskatchewan, Mosaic Co. and Agrium Inc., agreed to sell about 600,000 tonnes to India for $370 a tonne last month. OAO Uralkali’s trader Belarusian Potash Co. agreed this month to ship 900,000 tonnes of potash to India before March 2011, at $370 a tonne including shipping.

Israel Chemicals Ltd. (ICL), who just settled a year long deal to supply potash to India, reported fourth-quarter 2009 earnings rose 15 percent, due to a 9.7 percent increase in sales.  “The improvement reflected an increase in quantities sold for most of the company’s products, countered by reduced selling prices for some products, including potash and phosphate fertilizers,” ICL said in a Wednesday statement. Net income available to holders reached $202.7 million from $175.8 million in the year-earlier quarter.  On an adjusted basis, income fell 24 percent to $213.1 million. The figure reflects provisions for early retirement, a provision in the performance-products segment to reduce the value of fixed assets, and a tax credit stemming from Israeli government investment incentives. Quarterly sales were $1.23 billion, up from $1.12 billion.

K+S, the world’s fourth-largest potash supplier, announced that in the current economy it would be hard for the company to fend off a takeover approach. Asked about recent market speculation that K+S may become an acquisition target, CEO Steiner said: “Technically speaking, it’s extremely difficult to fend off a takeover.” K+S said it was upbeat about its sales as demand from fertilizer wholesalers continues to revive even after a price hike this month. The German fertilizer company said in January the price of potash, its main product, may have bottomed out after cutting prices to 285 euros ($384) per tonne.  K+S plans to raise prices to 295 euros per tonne this month.

Athabasca Potash’s shareholders have voted in favour of BHP’s CDN$341 million cash takeover offer. In January, BHP offered to buy the potash exploration company for C$8.35 a share in a bid to increase its interests in potash.  Athabasca’s primary potash project, the Burr project in Saskatchewan, is adjacent to BHP’s own Jansen project.

What Do Medical Device Companies Do?
Best Gold Stocks of 2021 on the TSX
What is Esports? The Facts for Investors
5 Top Weekly TSX Stocks: Fission Uranium Up on Drill Results