Potash heavyweight Potash Corporation of Saskatchewan announced today that it will be slashing its workforce by 18 percent. 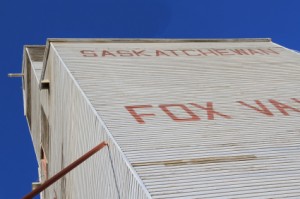 It’s been nearly six months since the collapse of the Russian-Belarusian potash cartel, and prices have yet to make any improvement.

If anything, forecasts have been grim, forcing major players to cut their outlooks. For instance, in October, North American potash giant Potash Corporation of Saskatchewan (NYSE:POT,TSX:POT) cut its potash price outlook to $307 per tonne, a 23-percent drop from last year’s $429. Unfortunately, that cut was not the last stop for PotashCorp, which announced today that it will be slashing its workforce by 18 percent, or 1,045 people.

In its press release, PotashCorp states that the decision was necessary for the company, which needs to scale back its activities in Canada, the United States and Trinidad due to week demand for fertilizers like potash and phosphate. PotashCorp does not see strong demand coming from developing markets, where growth has been less robust than expected. Conversely, the company remains confident in the long-term drivers of its fertilizer business.

The bulk of the job cuts are happening in PotashCorp’s home province of Saskatchewan, where roughly 440 employees will be laid off. Areas affected include the company’s Lanigan division, where production will be suspended at one of two mills by the end of the year. Production will also be reduced at the Cory division as well as at PotashCorp’s Saskatoon headquarters. The company will also be ceasing production at the Penobsquis, New Brunswick facility by the end of Q1 2014. New Brunswick is looking at roughly 130 layoffs. In the United States, PotashCorp’s Florida operations will see 350 cutbacks, while North Carolina will see roughly 85.

“This is a difficult day for our employees and our company,” said PotashCorp President and CEO Bill Doyle in the company statement.

“While these are steps we must take to run a sustainable business and protect the long-term interests of all our stakeholders, these decisions are never easy. We understand the impact is not only on our people, but also in the communities where we work and live, and PotashCorp will work hard to help those affected through this challenging time,” Doyle offered.

With the cutbacks, PotashCorp has reduced its operating costs for potash by US$15 to $20 per tonne next year and as much as US$30 per tonne by 2016. The company is facing a one-time cost of roughly $70-million for severance charges and is currently reviewing the carrying value of its affected assets to see if a write-down is necessary.

PotashCorp saw its weakest quarter in three years in October. Following the news of the cutbacks, PotashCorp’s share price remains mostly unchanged for the day, trading at $31.79, up a quarter of a percent.

In response to the heavy cutbacks in Saskatchewan, Premier Brad Wall said that the province will be sending its rapid response teams to provide support for those affected by the cutbacks.

“Obviously, this is not good news for those employees and their families,” Wall said in a news release. “We are fortunate that this has occurred at a time of relative labour market strength and that our economy today is more diversified than ever. Our economy is strong enough to absorb this kind of job loss.”

The province’s rapid response team is a partnership between the Labour Standards Office, Labour Market Services, Saskatchewan Immigration and Services Canada. It is aimed at helping laid off employees transition to new employment opportunities.

Top Stories This Week: Last Pre-Election Gold Calls, Nowhere to Go But Up?
Metals Weekly Round-Up: Gold Price Lower as US Election Nears
VIDEO — Will Rhind: Trump vs. Biden? Gold to Do Well in Both Scenarios
U3O8 Price Update: Q3 2020 in Review