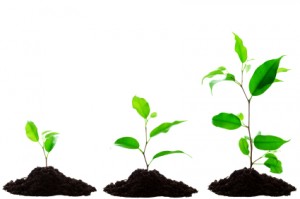 Mosaic (NYSE:MOS) — North America’s largest phosphate producer — saw its net sales fall to US$2.5 billion in the second quarter of fiscal 2013, down $500 million from last year on the back of lower phosphate and potash volumes and lower phosphate prices, the company announced last week.

Sales in the company’s phosphate segment, which accounts for the largest share of its revenue, were $1.8 billion in the second quarter, with 3 million metric tons (MT) sold at an average price of $544/MT. The company said that diammonium phosphate fertilizer prices have fallen 11 percent since the same period last year, when FOB prices in Central Florida were $611/MT.

Third-quarter phosphate sales are expected to fall to between 2.5 and 2.8 million MT, with prices dropping to between $485 and $515/MT, as most buying is done in advance of the northern planting season, notes Mosaic’s report.

Falling export sales were the biggest driver of depressed phosphate sales for the Plymouth, Minnesota-based company. Increased domestic sales have cushioned the fall in international demand, despite transportation difficulties due to low water levels on the Mississippi River, a key transportation route to agricultural markets in the US Midwest.

A number of agricultural producers have recently reported positive earnings and have noted that they expect large spring plantings — of corn, wheat and soybeans in particular — following 2012′s unimpressive crop numbers.

St. Louis, Missouri-based Monsanto (NYSE:MON) saw its net income grow by 169 percent, to $339 million, during the first quarter. That growth was the result of corn seed sales — which were hit hard by drought in the US corn belt last year — rising by 25.3 percent. Corn seed sales to South American markets drove profits, with net revenues touching $2.94 billion, 20.5 percent higher than analyst projections.

Cargill — the world’s biggest agricultural commodities trader — also reported an increase in earnings, gaining more than $300 million since last year to earn $409 million for the quarter ending November 30, 2012. With gains coming from its animal protein section, the company was able to overcome stagnant earnings from its food ingredients section as drought across the US Midwest took its toll on revenues.

As a result of drought and tough growing conditions last year, global wheat and coarse grain production are projected to fall by 4.5 percent in the 2012 to 2013 grain year. Global grain consumption is also forecast to fall by 2 percent in response to slower production; that will create a production shortage of 40 million tonnes, according to data from Potash Corporation of Saskatchewan (TSX:POT,NYSE:POT).

China-based Sinofert Holdings’ (HKEX:0297) renewal of potash contracts with Canpotex — the offshore potash marketing arm of Mosaic, PotashCorp and Agrium (TSX:AGU,NYSE:AGU) — on December 31 shows strong agricultural demand from the world’s second-biggest economy despite the fact that the contract was settled at a lower-than-expected price.

Phosphate producers will rely on significant plantings in North America, South America and Asia to react to the increasing cereal and food prices forecast by the Food and Agricultural Organization for the coming year.

Mosaic’s CEO, Jim Prokopanko, forecast in the company’s financial release that 2013 will be “another record year for phosphates with global shipments increasing another 2-3 percent to 63 to 65 million tonnes.”

High grain and oilseed prices, along with crop nutrients that have “never been more affordable,” are what Prokopanko holds as key drivers of this year’s global shipment growth, but he added that international customers are likely to “continue to delay purchases to avoid price risk.”