Could the potash market swing back into business now that Russian tycoon Suleiman Kerimov has announced he is selling his 21.75-percent stake in Uralkali for $3.7 billion? 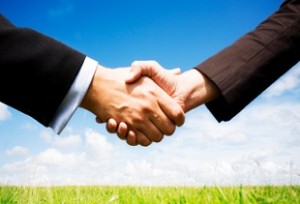 Could the potash market swing back into business now that Russian tycoon Suleiman Kerimov has announced he is selling his 21.75-percent stake in Uralkali (MCX:URKA) for $3.7 billion?

Investors have been embracing the fertilizer sector once more as they watch buyers make plays for the piece of the fertilizer giant, according to RT.com. On Friday, word that Vladimir Kogan, an investor and prominent Russian lawyer, will purchase Kerimov’s share of the company made headlines. Kogan has been described by the media as Vladmir Putin’s once banker.

Fueled by speculation that the sale could mean Uralkali will once more partner with Belaruskali, the announcement breathed some life back into major potash producers. Uralkali saw a 6-percent increase in its share price, while Germany’s K+S (ETR:SDF) climbed over 3 percent on Monday.

In North America, Potash Corporation of Saskatchewan (TSX:POT,NYSE:POT) and Mosaic (NYSE:MOS) were up 5 percent on Monday.

A boost for potash prices?

Though potash producers saw a spike in their share price following news of the Uralkali sale, investors are being told to be cautious about diving back into the fertilizer market; some experts believe that any gains will be short-lived.

The expectation is that with a stake in Uralkali up for grabs, an agreement will finally be reached between the company and Belaruskali, with the European marketing arm for Belarusian Potash Company ultimately coming back online.

“A lot of investors want to believe that eventually Russia and Belarus will market potash again together,” BMO Nesbitt Burns analyst Joel Jackson told The Globe and Mail. “Every day there’s new speculation. In the end you want to focus on what the players are actually doing in the business. We’ve seen prices come down significantly and we’ve seen Uralkali and Belaruskali go into the market on their own. Until we see differently, there is no reason to think they are getting back together again.”

Echoing Jackson was Elena Sakhnova from VTB Capital — she remains skeptical of the optimism in the market following the latest developments in Russia.

“There is no reason for this optimism,” Sakhnova told Bloomberg. “Even if Kerimov sells, it will take time for a new owner to agree on terms of cooperation with Belarus. Even assuming the cartel will be back, it won’t help the market to recover quickly.”

As the dispute between Belarus and Russia plays out, investors should exercise caution in playing potash for the long haul.