By Leia Michele Toovey- Exclusive to Potash Investing News
Despite a bleak 2009, brokerage Credit Suisse released a note that is very bullish on the 2010 outlook for potash.  During the last bull-run, high crop prices and limited potash supplies drove the price of the nutrient up to US$ 1,000 per tonne, from $150.  Currently, […] 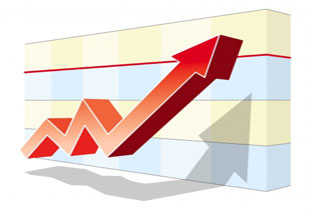 Despite a bleak 2009, brokerage Credit Suisse released a note that is very bullish on the 2010 outlook for potash.  During the last bull-run, high crop prices and limited potash supplies drove the price of the nutrient up to US$ 1,000 per tonne, from $150.  Currently, contract prices are being settled around the globe for $350 per tonne- a level that the investment firm believes will mark the floor of the potash market’s recent price collapse.  This time, according to the firm, the rally will be just as swift as the collapse- predicting that 2010 sales will double compared 2009; driven in part by bargain hunters returning to the market.

Last year, the price of potash collapsed as grain prices fell and farmers were hard hit as the credit crisis spread around the globe.  Now, both these situations appear to be turning around. This week corn rose to a six-month high, as unfavorable weather in North America helped push prices, adding to the pent-up demand among farmers unable to apply fertilizer in the fall because of the late harvest.  At $350 per tonne potash is attractively priced, and after abstaining for two years; farmers are ready to re-enter the market.

So what about high stockpiles I mentioned just last week?  It is true that potash inventories are near a five year high? However, there is evidence that the situation is starting to turn around. North American potash inventories at the manufacturer level fell 422,000 tonnes in December to below 3 million tonnes for the first time since 2008.

Credit Suisse raised Potash Corp to “outperform” with a target price of $129. It raised Intrepid Potash Corp to “neutral,” with a target price of $30 and cited Uralkali as the best way to benefit from improving potash fundamentals outside of North America.  In a note to clients, the firm added “We expect improved pricing visibility, favorable farmer economics, and the now-attractive price of potash relative to corn should drive solid demand recovery.” This is a big difference compared to just recently,  where the brokerage release a note claiming  “Our global view has been to stay on the sidelines for the potash names owing to the lack of pricing visibility, poor demand and downside risk to estimates.”

Despite a long battle, Canadian fertilizer maker Agrium Inc continues to pursue a takeover bid for CF Industries.   The Calgary-based company has been in hot pursuit of its smaller US rival for almost a year, however, recently prospects of the deal improved following the closure of CF’s bid for Terra Industries. The company repeatedly raised its bid for CF during 2009, to no avail, while the current “best and final” offer of $45 in cash, plus one Agrium share per CF share, worth $5.2 billion is still unsuitable to CF. Without a higher bid, a friendly takeover is highly unlikely, and analysts are concerned that it will cost Agrium way too much to win CF, whose share price has already more than doubled from a year ago.

The New York Stock Exchange-listed shares of Agrium have already fallen more than 5 per cent since CF dropped its bid for Terra on Thursday. CF said it withdrew its offer because a deal would have been too costly for its shareholders to bear.

BHP Billiton’s board has approved the spending of $240 million in capital expenditures for early development work at its 100 per cent-owned Jansen potash project In Saskatchewan, Canada.  The funds will cover the early stage establishment of production and service shafts, according to the company’s Q4 2009 exploration and development report. BHP submitted a project proposal for the mine, in November 2008, in the midst of the economic collapse.

While BHP was pushing to get into the potash industry, this mine is the company’s first endeavour into potash. Major fertilizer companies already in the region were aggressively cutting output as well as operation costs. BHP plans to start construction in July 2011, the mine will have a 50 year lifespan.The approved $240 million represents a fraction of the cost that will be required to get the project up and running.