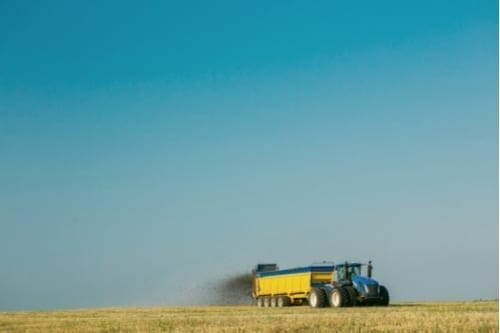 Phosphate mining production is expected to grow by 2 percent through 2020. Find out which countries produced the most phosphate last year.

Agricultural resources phosphate and potash are primarily used to produce fertilizer for crops and animal feed supplements. Only 5 percent of world production of these resources is used in other applications, which include construction, soaps and detergents.

According to the US Geological Survey’s most recent mineral commodities report, global phosphate production grew in 2018, despite reduced output from the US, which was still recovering from the power outages and flooding caused by Hurricane Irma.

The tropical storm, which battered Florida in 2017, adversely affected companies engaged in the mining and processing of phosphate rock and phosphate fertilizer production in the state.

US phosphate mining capacity is projected to remain relatively steady between 2018 and 2022, and projected growth of the worldwide phosphate mining market is expected to be 14 percent. Most growth will be focused in North Africa and the Middle East, while new mines in Florida and Southeast Idaho will replace current mining operations at established phosphate deposits.

For now, those interested in the phosphate mining sector will want to keep an eye on phosphate production and mining companies in the sector. Below are the top phosphate-producing countries of 2018.

China’s phosphate mining production decreased in 2018 to 140 million metric tons (MT) from 144 million MT in 2017. The drop in Chinese output is likely a result of the country’s environmental crackdown on the mining industry. There has also been speculation in the past that China’s phosphate production in 2017 may have been overstated. According to industry analysts, the country produced just 85 million MT in 2017 instead of the 144 million MT reported by the government. For its 2018 estimate, the US Geological Survey used information from government sources in China.

The country also has the second largest phosphate reserves in the world with 3.2 billion MT stored. The future of Chinese production remains a concern as the country’s mining and processing industry deals with environmental compliance fees, higher production costs and shutdowns due to environmental and water pollution concerns.

Despite producing significantly less than China in 2018, Morocco and Western Sahara have the largest phosphate reserves. With 50 billion MT stockpiled, the region’s phosphate reserves account for over 70 percent of the global number. Together they produced 30 million MT of phosphate last year.

Western Sahara is disputed territory between Morocco and the Polisario political movement. In 2017, a European court ruled that Western Sahara should not be considered part of Morocco in European Union and Moroccan deals. Morocco’s Office Cherifien de Phosphate mines phosphate in the Moroccan-held part of Western Sahara, and that has led to disruptions in phosphate shipments in the past.

In 2018, US phosphate mining decreased, dropping by 900,000 MT from the previous year. The top phosphate-producing states, Florida and North Carolina, accounted for over 75 percent of domestic output. The other 25 percent of US production came from Southeast Idaho and Utah.

The majority of the phosphate rock mined in the US is used for manufacturing phosphoric acid and superphosphoric acid. These types of wet-process phosphate products are used for things such as animal feed supplements. About half of this type of phosphate is exported in the form of merchant-grade phosphoric acid, granular diammonium and monoammonium phosphate fertilizer.

Russia’s phosphate output slipped slightly in 2018 after jumping back to its 2015 highs of 13.3 million MT in 2017. As per the US Geological Survey, the country has 600 million MT of phosphate in reserve.

Health concerns over cadmium, which is a heavy metal and a carcinogen, could be creating further opportunities for the phosphate mining industry in the country. Proposed fertilizer requirements out of the European Union will limit the amount of cadmium residue permitted in phosphate imports. The proposition prompted Polish MEP Tomasz Wlostowski to say, “The limits will only benefit Russian producers, which have monopolized low-cadmium apatite phosphate deposits and which already dominate the EU fertilizer market.”

The country’s sole state-owned phosphate producer, Jordan Phosphate Mines Company (JPMC), signed six new agreements with Indian firms in February 2018. The agreements and memorandums of understanding will allow JPMC to export 3 million MT of phosphate to India between 2018 and 2022. JPMC also signed a memorandum of understanding with the government of Bangladesh in February 2017 to export 270,000 MT of phosphate and phosphoric acid over three years.

Another Jordan-focused producer is Arab Potash Company, a privately owned company in which China’s SDIC holds a stake.

Last year, Brazil produced 5.4 million MT of phosphate, an increase from the 5.2 million MT it produced in 2017. Brazil has a booming agricultural sector and is the fifth largest fertilizer consumer; demand in the country is expected to grow twice as fast as the rest of the world from now until 2025.

Vale (NYSE:VALE) is the country’s largest producer of phosphate and nitrogen. In 2018, the company was responsible for an environmental disaster when its iron ore dam ruptured, leaking mining waste into a nearby river and waterways.

A Saudi Arabian mining company chief executive told Reuters that the company expected to ramp up production in 2018 at its Waad al-Shamal facility, with a plan to reach full capacity by 2019. The company has been working with Fluor (NYSE:FLR) on the Waad al-Shamal facility, with Fluor providing project management consulting to further develop the project. Production of merchant-grade acid and fertilizer commenced as of August 2017. The project is expected to be one of the world’s largest phosphate mining facilities.

Egypt’s phosphate mining production grew slightly in 2018 from the previous year. In 2016, it was reported that the country would gain a new phosphate plant, although no news has been released on it since. According to the US Geological Survey, Egypt’s phosphate reserves now sit at 1.3 billion MT. More of those reserves may get dug up in the next few years as the country builds a new phosphate industrial zone in Aswan. It will also expand the Safaga Port.

In 2018, ICL said it intended to invest “tens of millions of dollars in the coming years in entrepreneurial initiatives, innovation and development of agricultural technologies.” The firm believes this strategy will improve its competitiveness in the minerals space. It came at a time when the company had announced a new change in leadership. CEO Asher Grinbaum announced his wish to step down in February 2018, and the board appointed Raviv Zoller as the new CEO.

2018’s 10th spot is a tie between Vietnam and Tunisia, which both produced 3.3 million MT of phosphate, replacing Peru on the list. While both nations produced the same amount in 2018, their reserves are vastly different. Vietnam has a stockpile of 30 million MT, while Tunisia is storing 100 million MT in its reserves.

The environmental impact of mining has been an ongoing issue in the Vietnamese mining industry with concern over coal and bauxite dominating the discussion.

When it comes to selecting the top phosphate mining stocks for investors, as with any extracted commodity, concern over environmental impact must be weighed along with other pros and cons of investing in phosphate mining.

However, because the vast majority of phosphate production goes to promoting and nurturing crop growth, investors looking to reconcile their environmental efforts with mining sector investment can look to phosphate companies that are helping to feed the globe.