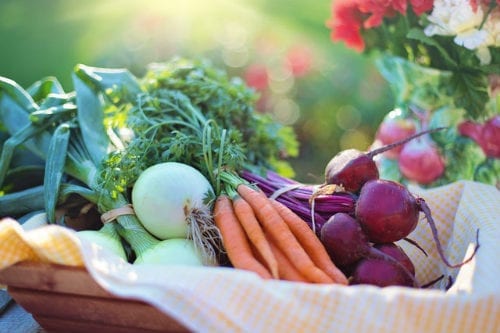 What exactly is the difference between potash and phosphate? Both are used to produce fertilizers, but they are not interchangeable.

Potash and phosphate are both used to produce fertilizers, which are becoming increasingly important as demand for food grows.

For investors interested in fertilizer companies, it’s worth being aware of the difference between potash and phosphate. Having that knowledge can help guide investment decisions and can ultimately lead to increased profitability.

Below is a basic breakdown of the differences between potash and phosphate and why both can be compelling choices for investors.

Potash and phosphate: What is potash?

Potash is a potassium-based product that is often bonded to other chemicals. It is mainly used as a fertilizer to encourage water retention in plants, increase crop yields, improve taste and help plants resist disease. The most common potash fertilizers are sulfate of potash (SOP) and muriate of potash (MOP).

Before it can be turned into commercial fertilizers like SOP and MOP, potash ore must be extracted from the ground and then refined. There are two predominant varieties of potash ore: sylvinite and carnallite. Sylvinite typically has a higher value compared to carnallite as it requires less energy to separate the potassium chloride it contains than it does to separate the magnesium in carnallite.

Potash ore is extracted in two ways. In conventional underground mining, ore is dug out by large machines and transported to the surface. This method is expensive, but also the most common. Solution mining is less common, and involves injecting hot brine (a salt water solution) below the surface of the Earth and into an orebody. The potash-brine water is then pumped back to the surface for cooling and separation in surface ponds.

Interestingly, many companies are focused on extracting potash ore from ancient underground oceans of potassium salts, and these are often located hundreds of feet or more below the surface. This can complicate the process of getting the ore out of the ground.

Canada is the world’s top potash producer, and also holds the largest reserves. Other global producers include Russia, China and Belarus.

Want to learn more about potash and potash investing? Click here to check out our overview of the market, and read up on ASX-, TSX- and TSXV-listed potash stocks by clicking here and here.

Potash and phosphate: What is phosphate?

Phosphate is critical for all living organisms, from potatoes to people, and as much as 90 percent of it is used as a soil nutrient in support of plant growth. Its primary function is to support strong cell development and water retention.

Phosphate rock, or “phos-rock,” is ore that contains phosphorus. It is located at various depths, and extraction typically requires large dragline buckets, which scoop up the material for refinement. The phos-rock is then beneficiated, or refined, with small phosphate pebbles being left behind.

Those phosphate particles are coated with hydrocarbons during flotation, and then float to the surface for further separation. The resulting product is beneficiated phosphate rock. Its phosphorus pentoxide content is suitable for phosphoric acid or elemental phosphorous production.

Beneficiated phosphate rock is often upgraded into granular diammonium or monoammonium phosphate (DAP and MAP, respectively), both of which are high-grade, water-soluble fertilizers that can be applied to crops. Single super phosphate is a cheaper alternative to the popular DAP and is obtained through a chemical reaction between rock phosphate and sulfuric acid.

The world’s top producer of phosphate rock by a wide margin is China. The US, Morocco and Western Sahara and Russia are also key phosphate rock producers.

Interested in getting more details on phosphate and phosphate investing? Our overview of the market can be found by clicking here, and we’ve put together a list of phosphate-focused companies here.

14 responses to “Fertilizers: The Difference Between Potash and Phosphate”