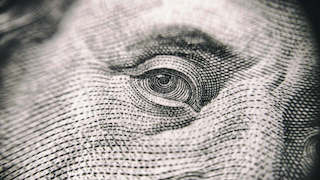 What are 10-year Treasury bills, and are they a good option for investors? We run through their advantages and disadvantages in this article.

With federal interest rates increasing and a degree of political volatility in the US, some are questioning whether 10-year Treasury bills are a good investment.
Below we’ve compiled some information on Treasury bills, or notes as they are sometimes called, in order to help our readers decide if this product is right for them.

What are Treasury bills?

A US 10-year Treasury bill is an exchange of funds given to the US government in return for a small, fixed interest rate upon repayment. These notes have a fixed time period attached during which the lender, a citizen or corporation, relinquishes access to the funds loaned.
The lender receives a small interest payment twice per year, plus the principle investment once the term is completed. Treasury bills used to be printed on paper, but are now issued online only.

Terms can be less than 10 years, and range in length from two, three, five and seven years. Treasury notes, which are also called T-notes, can be offered in multiples of hundreds, making them accessible and flexible for a variety of investors.


Why are Treasury bills appealing?

Treasury bills are appealing because they are considered one of the safest investments available. They are guaranteed by the US government, and therefore defaults are unlikely as long as the government remains stable. It’s worth noting that there have been instances in the past, such as in 1979, when the government did default; however, these are far and few between.
Ten-year Treasury bills are also appealing because they are exempt from local income taxes. They are still taxed federally, but some savings can be achieved nonetheless.

What’s the downside of Treasury bills?

Of course, downsides to Treasury bills do exist. In short, those downsides are: lower interest rates, time restrictions (if completing the term) and vulnerability to inflation.
Interest rates are on the lower side due to the fact that Treasury bills are a safe investment. According to an opinion piece on MarketWatch, their value tends go down when the US Federal Reserve raises interest rates. We are due for more hikes this year, and that’s not good for T-note values.
Time restrictions come into play if you intend on staying the full term. This is a sacrifice in that by investing in Treasury notes it’s possible to miss out on on more lucrative investments.
Finally, because the rates are relatively low for Treasury notes, they may not keep up with inflation, resulting in less growth and less buying power than anticipated. Currently the Treasury bill rate is 2.62 percent, which is barely above the anticipated rate of inflation of 2.38 percent for 2018, and below the expected rate for 2019, which stands at 2.64 percent.
Another aspect that may be overlooked at times is the fact that buying US Treasury notes inherently means locking into the US dollar as a currency. Some have predicted that the US dollar will crash in the coming years, which would make having your assets locked in the currency a real conundrum.

How to invest in Treasury bills

Investors can buy Treasury notes directly on the Treasury Direct website, or through a third party via a bank or broker. Ten-year notes are only issued at certain times of the year. These times are called “origination,” and include February, May, August and November.
At other times of the year there are “reopenings,” when 10-year notes are issued with the same interest rates and maturity dates as the origination months.
Once purchased, investors can wait until the term ends, or they can sell bills at auction beforehand. Auctioning presents other interesting factors to consider, such as a competitive or non-competitive bid.
A person selling their Treasury bill in a competitive bid will set a price on the note; buyers will then have to bid above that price to purchase. A non-competitive bid means that the person selling their Treasury bill will accept whatever market value they can get.

Should you invest? Here’s what experts say

While 10-year Treasury notes are a safe investment, many famous investors and analysts claim there are better options out there. That said, it’s common practise for financial advisors to recommend having a portion of your investments in products like Treasury bills and bonds.
Treasury notes and bonds differ a bit, but they often get grouped together; for that reason, we’ve included expert advice relating to bonds primarily, as Treasury bills tend to get less coverage.
Warren Buffett has said in the past that he doesn’t recommend bonds, citing low yield rates. On the day he said that, Treasury bills were at a high of 2.16 percent and inflation was at 1.47 percent. That ratio is actually better than the one we have now, as referenced above. It would seem logical that if Buffett didn’t recommend Treasury bills based on rates back then, it’s unlikely he would recommend them now.
Then again, one’s stage in life and other personal circumstances must be taken into consideration. Perhaps stocks are too risky in retirement years, or even when having a young family. Treasury bills and bonds can then be appealing as a safe-haven asset.
The one thing most experts can agree on is that cash is the worst for upholding wealth, as it’s vulnerable to inflation. So, a retirement fund in cash would have much less buying power in the end than any other investment, short of a losing one.
Whether you decide to buy Treasury bills, or stocks, or other investments such as real estate, it’s all a personal choice. Will you invest in Treasury bills? Do you think they’re a good investment? Let us know your thoughts in the comments below.
Don’t forget to follow us @INN_Resource for real-time news updates.
Securities Disclosure: I, Amanda Kay, hold no direct investment interest in any company mentioned in this article.

3 responses to “What are 10-year Treasury Bills?”