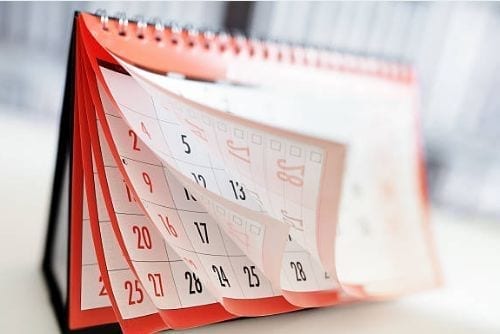 About half way through 2018 finishing the second quarter, the INN takes a look at the 5 top pharma stocks on the NASDAQ year-to-date.

The summer may be a slower time for pharmaceutical companies, but the US Food and Drug administration (FDA) doesn’t take a break, meaning investors can still look forward to regulatory news.

At a halfway point to the year, 2018 has already shown the pharmaceutical industry has had some of the biggest acquisitions in history—with monetary value and controversy. First in May, Takeda (TSE:4502) acquired Shire (LON:SHP) as one of the biggest pharma takeovers ever worth US$62 billion.

Then in June, Bayer (ETR:BAYN) closed its acquisition on the agricultural biotech giant Monsanto after a long awaited approval in March from the European Union. This marked the largest ever all-cash buy-out by a German company, valued at US$62.5 billion.

In other big pharma news, a controversial deal for the pharma industry was between tech giant Amazon (NASDAQ:AMZN) and the US-nationwide pharmacy PillPack. FDA commissioner Scott Gottlieb said in a video interview with CNBC this disruption is positive and could contribute to lowering drug prices while promoting the use of generics. While pharma stocks didn’t see a big drop, the coming years will prove Amazon can make an impact on the industry.

As Q2 and the second half of 2018 closes the Investing News Network (INN) is following what pharma stocks made the biggest gains year to date, for investors.

Data below was collected from the Globe and Mail Stock Filter results, with companies having market caps between $50 and $500 million. All information is current as of market close July 3, 2018. Figures are quoted in the US dollars, unless otherwise noted.

First on our top pharma stocks on the NASDAQ year-to-date is Correvio Pharma. This company is working on developing cardiovascular drugs to treat atrial arrhythmia, congestive heart failure and bacterial skin infections. The company has a product portfolio including ESMOCARDLYO, EXEMBOL and Brinavess.

In June, the company provided a regulatory update on Brinavess explaining the FDA allows Correvio to resubmit its new drug application (NDA) and schedule a pre-NDA meeting for the drug. The company plans to meet with the FDA in Q4 2018.

Correvio reported its Q1 financial results in May, showing revenues are up 26 percent compared to Q1 2017 to $6.51 million from $5.15 million. Assets, liabilities and stockholders’ equity were also lower, as per the same time period.

Second on our top 5 pharma stocks on the NASDAQ year-to-date is Juniper Pharmaceuticals. The company is a diversified healthcare companies focusing on women’s health with its progesterone gel product, Crinone, as a franchise and Juniper Pharma Services as a pharmaceutical developer and manufacturer.

This may be the last time Juniper lands itself on this list as the company announced in early July it will be acquired by Catalent (NYSE:CTLT). The deal is worth $139.6 million, or $11.50 per share. Juniper’s share price increased 31.61 percent the day of the announcement to $11.45.

This oncology focused company is targeting cancer metabolism through two lead isoflavone-based drug candidates, ME-143 and ME-344. MEI is partnered with Helsinn Healthcare to develop Pracinostat, an oral HDAC inhibitor.

MEI announced a $75 million private placement in mid-May led by Vivo Capital and CAM Capital among other participants. Proceeds of this transaction are expected to fund continued clinical development of MEI-401, which is expected to enter a single-agent registration study in 2018 to treat relapsed or refractory follicular lymphoma.

The company’s Q1 2018 financial results, also released in May, showed the company nearly doubled its R&D costs from $1.87 million to $3.07 million compared to the previous quarter due to the increased drug manufacturing expenses for MEI-401.

As its name suggests, EyePoint is engaged in the development of drug devices for debilitating eye diseases and other chronic conditions. Iluvien is the company’s lead development product which is licensed to Alimera Sciences (NASDAQ:ALIM) and uses EyePoint’s third generation Durasert technology. EyePoint has three FDA-approved products, Retisert, Dexycu and Vitrasert.

Though the company didn’t have any news in the second half of the quarter it did release its Q3 2018 financial results in early May. From the same quarter the previous year EyePoint’s total revenue increased to $928,000 from $590,000 and operating expenses lowered from $5.75 million to $5.60 million.

Earlier in the quarter, EyePoint announced two new US patents related to Dexycu, a product for the treatment of postoperative inflammation. Both patent claims related to the administration of the product.

Closing out our 5 top pharma stocks on the NASDAQ year-to-date is AcelRx. This company is developing and commercializing therapies to treat pain. Some of its product candidates include ARX-01, ARX-02 and ARX-03 for acute postoperative pain, cancer breakthrough pain and mild sedation, anxiety reduction, and pain relief for painful physician office procedures, respectively.

Investors may be showing in the company over its news with receiving European Commission (EC) approval for Dzuveo for the management of acute moderate to severe pain in adults in medically monitored settings. This is the second EC approval for the company, the first being for Zalviso.

Near the end of May the company also announced the FDA accepted its NDA for Dsuvia, a resubmission complete class 2 response to the FDA’s October 2017 action letter. The company received a PDUFA (Prescription Drug User Fee Act) goal date of November 3, 2018.

***This article is updated frequently. Scroll to the top for the most recent information.***

The new year is generally a strong increase for the industry as companies announce 2017 financial results and 2018 outlooks. While there hasn’t been any US Food and Drug Administration (FDA) approvals yet this year in the pharma sector for the companies on this list, there are expected dates for applications to be reviewed in the coming months.

2017 has seen a new era of the FDA with the new commissioner, Scott Gottlieb proving a strong presence with the FDA in a positive way, opposed to what skeptics thought when he first started the job, according to the New York Times.

As the first quarter of 2018 comes to a close, here the Investing News Network (INN) is taking a look back some of the top pharma stocks maintaining a steady level of returns for investors.

Data below was collected from the Globe and Mail Stock Filter results, with companies having market caps between $50 and $500 million. All information is current as of March 26, 2018 at market close.

First on our top 5 pharma stocks on the NASDAQ year-to-date is Juniper Pharmaceuticals. The company is a diversified healthcare companies focusing on women’s health with its progesterone gel product, Crinone, as a franchise and Juniper Pharma Services as a pharmaceutical developer and manufacturer.

The company’s share prices have been on the rise since 2018, which may have been triggered by the announcement for a four and a half year extension of Crinone supply agreement with Merck KGaA (ETR:MRK).

Keeping the share price high, in March Juniper announced an increase of 20 percent revenue increase for Crinone and a 32 percent increase for its pharma services since 2016. “We exceeded our top-line growth guidance for 2017, reporting a 24 percent increase in revenues from our core business year-over-year, outpacing the growth levels we observed in 2016,” Jeff Young, CFO of the company said in the press release. “We are well-positioned to continue to deliver double-digit growth in these core businesses in 2018.”

This biopharmaceutical company develops new therapies through it’s Epigenetics Regulator Program. DUR-928 is the company’s lead product candidate which is a small molecule with a potential application for several hepatic and renal diseases such as nonalcoholic steatohepatitis.

Though the company made only roughly $1 million more than the previous year on product revenue, its total revenue more than doubled from 2016 at $49.17 million– likely from agreement with Sandoz for Durect’s Posimir, announced in May of last year.

With the financial results Durect announced for the rest of 2018, it expects to hear back from the FDA about a new drug application late July, and another in early August.

Catalyst is a clinical-stage biopharmaceutical company with a focus on developing medicines for serious conditions, one of which is a pipeline are for hemostasis, to manage blot clots for the rare blood disorder.

For 2018, Catalyst expects to announce interim data from its Phase 2 part of the marzeptacog alfa trial for patients with hemophilia A or B to minimize bleeding episodes in July 2018. Looking into the second quarter, Catalyst Biosciences expects that it will announce more data from a Phase 1Factor IX CB2679d trial in patients with severe hemophilia B.

The company received a $1.5 million milestone payment in late-March from  private-company Targacept from selling its  product TC-6499 in October 2016. “Although not central to our mission of developing hematology treatments, the continued development of these NNR programs may provide Catalyst with further non-dilutive financing to make additional investments in our non-clinical pipeline programs,” Nassim Usman, Catalyst CEO of Catalyst Biosciences said in the press release.

“Preclinical studies have established the mechanism of action of CD34+ cell therapy in restoring microcirculation and improving myocardial tissue perfusion and clinical trials have shown clinical benefit in a patient population that had exhausted all other available therapeutic options,” Douglas Losordo, Chief Medical Officer of Caladrius said in the announcement. “We believe that the growing body of clinical data in support of CD34+ cell therapy as a treatment for refractory angina is very encouraging and we believe that Caladrius is uniquely positioned to advance this late-stage program through to potential regulatory approval.”

Closing out our 5 top pharma stocks on the NASDAQ year-to-date is Compugen. As a therapeutics discovery and development company, Compugen uses a discovery infrastructure to identify and develop first-in-class cancer immunotherapy in the therapeutics.

In early 2018, Compugen announced positive pre-clinical data for its PVRIG pathway in immuno-oncology which proved there is a dominant role for it in cancer evasion of immune response in multiple cancers.

“We are very pleased to report further validation of the potential dominance of the PVRIG pathway in many cancers, and the progress being made with our COM701 program towards IND filing later this quarter. We are also encouraged by results received from the GLP toxicity study for COM701 showing it to be safe at high doses,” Anat Cohen-Dayag, president and CEO of Compugen said.

Codebase Updates Investment Focus, Announces it is Exploring New Frontier of Mushrooms and Psychedelics
12 Top Stock Picks for 2020 from Mining Experts
Peter Schiff: Gold Could Go Much Higher Depending on US Election
Ray Dalio: Cash is Trash and Gold is a Diversifier