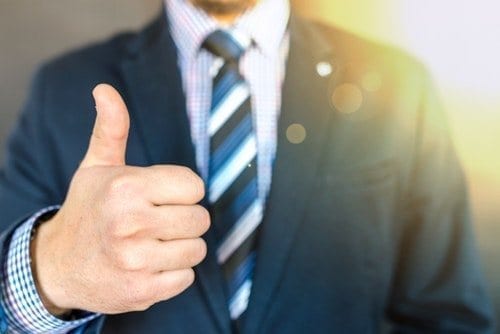 The company expects a full launch for the product in Q3 of this year–as early as July–to begin releasing the early stage marketing information out, such as samples for doctors and patients.

The ultimate headline for companies listed on public markets, and interested investors, involves regulatory approvals, especially those from the US Food and Drug Administration (FDA)—one of the highest scrutinized regulatory agencies in the world.

On Wednesday (May 30), a company that specializes in  advancing women’s healthcare, TherapeuticsMD (NASDAQ:TXMD), announced an FDA approval for its new product IMVEXXY.

The product is for the treatment of moderate to severe dyspareunia, a symptom of vulvar and vaginal atrophy (VVA) due to menopause. This is the only product in its therapeutic class which has 4 mcg and 10 mcg dose, the first represents the lowest approved dose for the condition available.

“We are excited to bring IMVEXXY to market as TherapeuticsMD’s first FDA-approved drug as we strive to be the premier Women’s Health Company,” Robert Finizio, CEO of TherapeuticsMD.

In a conference call on Tuesday (May 29) to discuss the approval, Finizia said the FDA has questions about the class of the therapeutic which the company expects to address through its long-term post-marketing study. The company is proud the FDA allowed eight out of the nine chosen labeling specifications with guidance from the FDA.

The company expects a full launch for the product in Q3 of this year–as early as July–to begin releasing the early stage marketing information out, such as samples for doctors and patients. The company will share additionally marketing data for the product on June 4 during Investor Day in New York City.

IMVEXXY is administered daily for two weeks followed by a twice a week dosing and acts as a more convenient solution to treating VVA compared with other products on the market. In the Phase 3 clinical trial which the FDA used to approve the product, the study showed relief from from moderate to severe dyspareunia as early as week two for both doses.

About 32 million postmenopausal women in the US are affected by VVA, only about seven percent (2.3 million) of the women receive prescription treatment. The disorder can get progressively worse if it’s not treated and further affect women’s sexual health.

TherapeuticsMD is a healthcare company focused on developing and commercializing products for women. Its Symboda technology is how the company is spearheading this market, which enables delivery of bio-identical hormones through a variety of dosage forms and administration routes. There are three other investigational drugs in its pipeline, one which has finished its Phase 3 clinical trial and another two going into Phase 2 clinical trials.

After TherapeuticsMD announcement Tuesday, the share price decreased 5.52 percent to US$6.08 as of market close.

The company also announced the pricing will be “offered at a price in parity with other products which have been on the market for 10 to 30 years,” to ensure patient can access the product at an affordable price.

“With the approval, TXMD can access US$75 million from the recently-struck loan agreement,” Tanner said.

Though the share price may not reflect the same excitement as the management team at TherapeuticsMD, or the analysts issuing positive positions for the company, investors can look forward to the full launch of IMVEXXY in Q3 2018. Investors interested in the company can also follow the company for updates on other products in development.