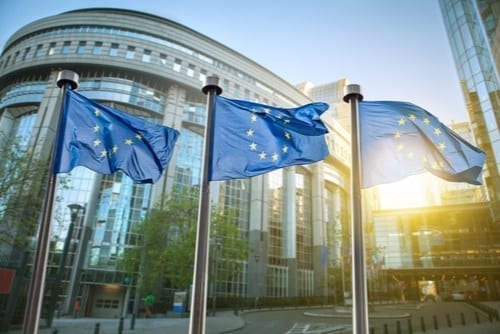 The approval will be valid in all 28 countries of the European Union, and in the European Economic Area of Norway, Iceland and Liechtenstein.

The drug is approved to treat platinum-sensitive epithelial ovarian cancer, fallopian tube cancer and primary peritoneal cancer with the chemotherapy carboplatin. This is the first approval for a systemic platinum-based paclitaxel combination therapy for ovarian cancer.

This EC approval will be valid in all 28 countries of the European Union (EU) and the European Economic Area of Norway, Iceland, and Liechtenstein.

Apealea is a Cremophor and albumin-free formulated drug, created from a well-known cytostatic paclitaxel, which is a widely used anticancer therapy. Oasmia received a positive opinion from the Committee for Medicinal Products for Human Use (CHMP) of the European Medicines Agency (EMA) for the drug in late-September.

Oasmia’s version is a freeze-dried powder dissolved in a solution for infusion. It was created from Oasmia’s proprietary technology based on a Vitamin A derivative. The drug’s patent is protected until 2036.

The company believes its product stands out from competitors as having an improved solubility for administration, bioavailability and pharmacological profile. Other advantages include shorter infusion time, lower toxicity, lower production cost and no need to premedicate patients, among others.

This approval is based off of study results of the Phase 3 study for the drug, OAS-07OVA. Apealea demonstrated non-inferiority and had an improved safety and tolerability to the comparing drug in the trial Taxol, which is another paclitaxel formulation. This was the primary objective of the trial.

The median progression-free survival for patients treated with Apealea was 10.3 months compared to 10.1 months with the comparing treatment. The overall median survival improved by 0.9 months for Oasmia’s drug.

The study involved close to 800 patients at 81 centers, which were randomized in two groups, and took place over three years between 2009 and 2012. Mortality results were followed until August 2016 and were shared publicly at this year’s American Society of Clinical Oncology (ASCO) meeting.

The drug’s comparing product Taxol is marketed by Bristol Myers-Squibb (NYSE:BMY). Other existing therapies include Celgene’s (NASDAQ:CELG) Abraxane, Sanofi’s (NYSE:SNY) Taxotere and Johnson and Johnson’s (NYSE:JNJ) Doxil to name a few, according to Oasmia’s corporate presentation.

Oasmia is a Swedish pharmaceutical company that has a focus on veterinary and human oncology drugs. The company develops novel nanoparticle formulations and drug-delivery systems on established cytostatics. As noted with Apealea, this approach is meant to reduce side-effects, expand applications and improve the drug’s overall therapies.

Apealea has already been approved in Kazakhstan and Russia.

Over the trading period Thursday, Oasmia’s share price increased roughly five percent to US$4.77 as of market close.

The company is planning to meet with the US Food and Drug Administration (FDA) for a pre-New Drug Application meeting and plans to submit the application in the near future. Applications for the drug’s approval will also be submitted in other undisclosed countries.

One response to “Oasmia Pharmaceutical Receives EU Approval for Apealea”